For Argentina to succeed at the 2019 Copa America, two Lionels would have to meet in the middle: ...

For Argentina to succeed at the 2019 Copa America, two Lionels would have to meet in the middle: Messi and Scaloni.

One is back captaining the squad, while the other is vastly inexperienced as a coach.

Thus far, Argentina have struggled, although they managed to reach the knockout stages after a win, draw and defeat.

Up next is Venezuela and given how far Argentina have fallen, it's hard to predict a winner.

One man who knows more than a thing or two about South American matters is a certain Tim Vickery.

He joined us to preview the knockout stage and traced the origin of Argentina's current tactical issues, which come on top of their dwindling talent pool - Messi aside of course.

Scaloni brought in a style based around wingers and quick transitions which didn't suit Messi when he returned from a sabbatical. But are they slowly finding a solution?

"Little by little, Scaloni has had to totally abandon his initial idea," said Vickery.

"He now has a side that are looking to play their way through the middle. You are seeing improvement and a circuit now of passing. [Rodrigo] De Paul, who's right-footed, operates from the right in front of Messi and Lo Celso, who's left-footed operates to the left of Messi.

"They can put some passes together, they've got Aguero into the team. But they still have the problem with the defence. They still don't have a goalkeeper who can kick and there is a lack of pace, and perhaps quality, in the back-four."

He feels the fixture against Venezuela "could be the most even of the four quarter-finals".

"Venezuela certainly have the means to hurt Argentina. It's going to be a terrific game. I can't wait," he added. 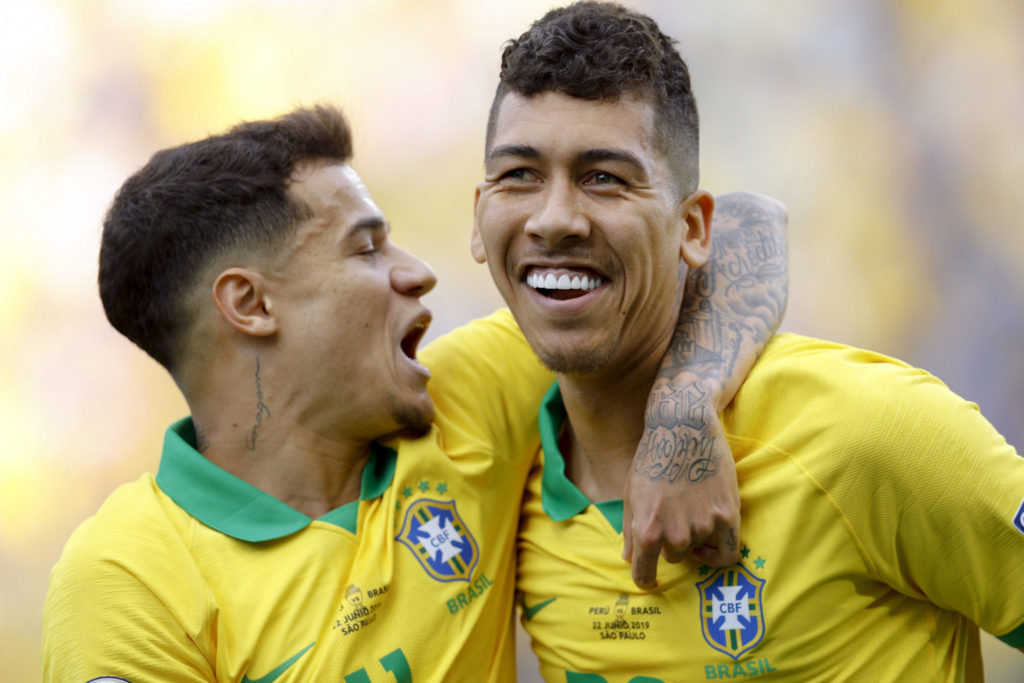 Vickery also gave his view on Brazil without Neymar. They are without the PSG star which has led to questions about whether the host nation are better off without the circus that surrounds him.

"There's still a problem I think and that's Firmino is not a conventional centre-forward," he explained.

"The structure of the team is so different from the structure in which Firmino flowers at Liverpool. Because there he's got two very quick, very skillful strikers that will run beyond him in Salah and Mane.

"But what he hasn't got is a playmaker. Now, Brazil are playing with a playmaker. They're playing with Coutinho as a playmaker and I think there's a tendency for Firmino and Philippe Coutinho to operate in the same space. So they can get in each other's way a little bit. So there are still questions to be asked about Brazil."