Brazil are Copa America champions after beating Peru in Sunday's final. Aside from the 2016 Olymp...

Aside from the 2016 Olympics, that victory marks the first major trophy for the Selecao since they won the Copa in 2007.

The final against Peru finished 3-1 but it got tense after Manchester City's Gabriel Jesus received a second yellow card when the scores were 2-1.

That spurred the young forward to throw a tantrum which ended with his wails and tears in the tunnel. Along the way he had struck the bench with his fist and shoved over the VAR monitor.

Fortunately for him though, Brazil went on to win, so any tears after the full-time whistle were those of joy. We haven't seen much overt emotion from Jesus in the Premier League.

But according to South American football expert Tim Vickery, Sunday's outburst was not out of character. 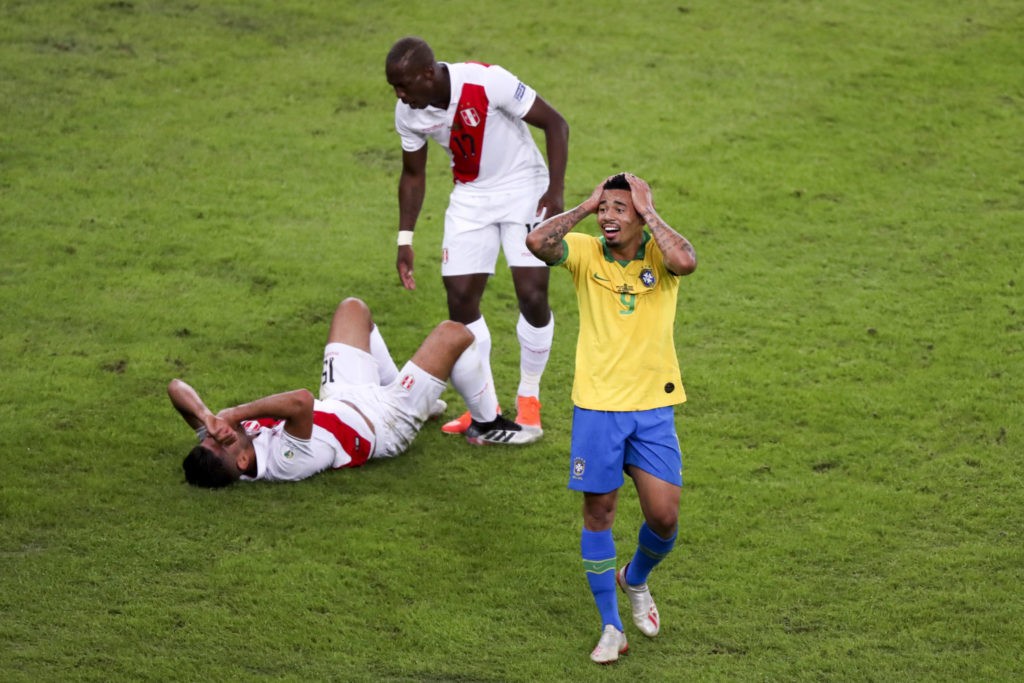 Brazil's Gabriel Jesus reacts after being sent off by referee Robert Tobar for fouling Peru's Carlos Zambrano during the final soccer match of the Copa America at the Maracana stadium in Rio de Janeiro, Brazil, Sunday, July 7, 2019. (AP Photo/Natacha Pisarenko)

But he also explained how important Jesus' mother has been to getting him to where he is today.

"His mother is one of those genuine Brazilian heroes, who on a cleaner's salary as a single mother raised a family and raised them very well," he said.

"Gabriel Jesus is the kid brother there and he's perhaps been a little bit spoilt. The gesture that he makes every time he scores a goal, he simulates that he's making a phonecall.

"That's a phonecall that he's making to his Mum. So there's a little bit of a kid there and he tends to look sad even when he's happy, I think, Gabriel Jesus.

"And maybe, there's a lack perhaps of mental strength. It was certainly a problem this time last year because Gabriel Jesus went through the World Cup with a rare distinction of being a Brazil No 9 who didn't manage to score a goal.

"One of the themes of the tournament was the resurrection of Jesus. Because the first game against Peru in the group game, last minute and Brazil are 5-0 and they get a penalty. And it's given to Gabriel Jesus in a way of saying, 'Score a tournament goal!'

"And he missed it. He was absolutely distraught, really distraught. Next game, quarter-final gets to penalties against Paraguay, who has to step up and take the decisive fifth penalty that gets Brazil through? Gabriel Jesus. So that was his redemption and then he scored in both the semi and final before getting himself sent off."

In the full chat, Tim described three major themes that thread their way through the tournament. He also discussed how Neymar can fit back into a winning team.

You can watch Tim's full chat on Jesus and the rest of the Copa America above via the video player.