A new report has suggested the value of all residential property in Ireland now stands at €510b...

A new report has suggested the value of all residential property in Ireland now stands at €510bn.

The Daft.ie Wealth Report found Mount Merrion in Dublin is the most expensive market in the country, with average property values of €854,000.

Ireland's most expensive street listed in 2019 is Coliemore in Dalkey, which has seen no fewer than four properties change hands for an average of €5.5m. 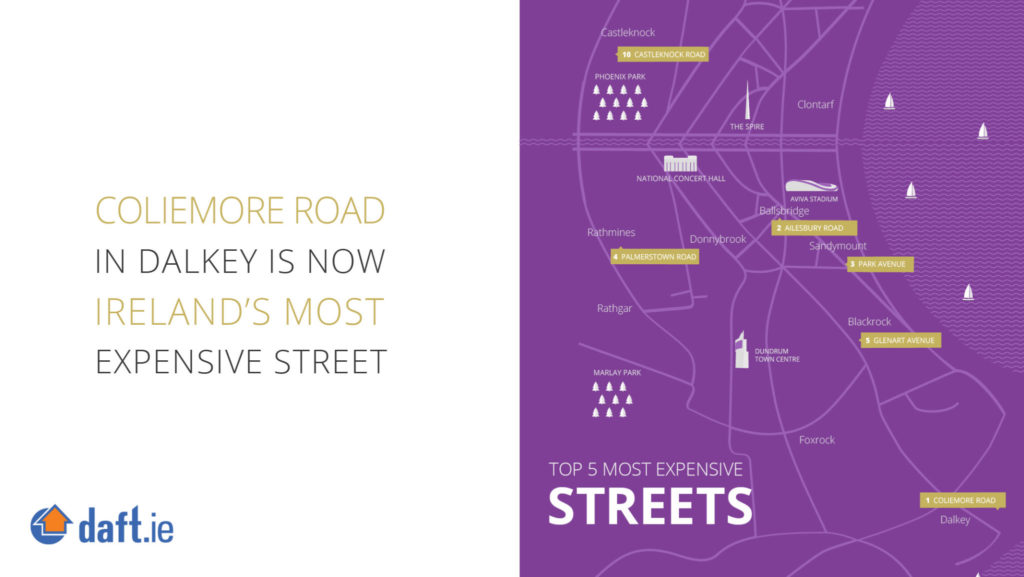 Outside Dublin, the most expensive street is Scilly Hill, Kinsale with an average house price sale of €2.5m.

House prices are growing by 5.9% year-on-year - and in 2019 there are on average 11 properties sold nationwide every week that are worth €1m or more.

The highest concentration of property millionaires is in Dalkey with 936, followed by Foxrock (540) and Mount Merrion (230). 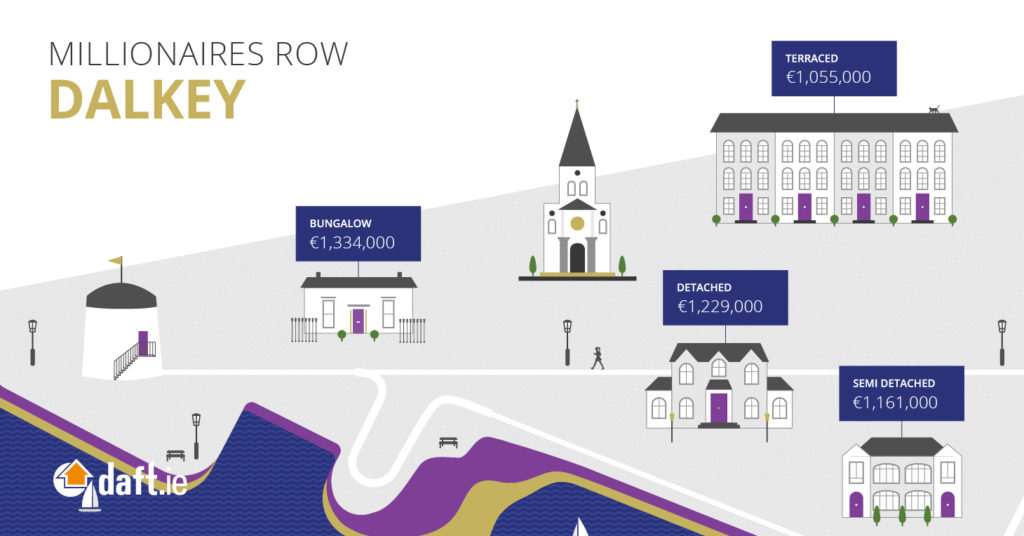 By location, the most expensive markets are all in Dublin.

By comparison, the average asking price nationwide is €261,000. 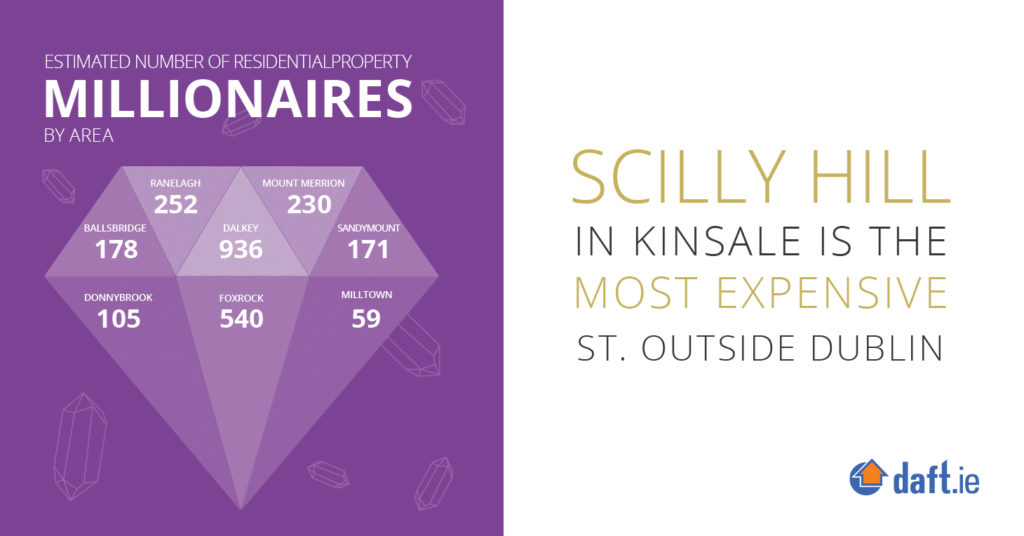 Outside of Dublin, Enniskerry in Co Wicklow is the most expensive market with average property values of €638,000.

The cheapest market in the country remains Ballaghaderreen in Co Roscommon, where with the average property value at just €97,000.

It remains the only market in the country where property values are below €100,000.

The most expensive streets outside Dublin are:

Commenting on the findings, report author and economist Ronan Lyons said: "Ireland's two million homes are worth over €500bn.

"This marks an increase of just over €30bn in a year.

"While the bulk of that comes from changes in property values, a growing share of the change in Ireland's property wealth is coming from new construction.

"On average last year, Ireland's stock of homes grew in value by €84m per day - with €15m of that coming from new construction."