The US President Donald Trump will have to win 'all the long shots' to keep his job in the White ...

The US President Donald Trump will have to win 'all the long shots' to keep his job in the White House.

That is according to US broadcaster and managing editor of 'Inside Sources', Michael Graham.

Mr Trump was behind in polls going in 2016 and 2020 is no different - as he requires yet another upset win, with almost all polls putting his Democratic rival Joe Biden ahead.

Despite a record nearly 99 million Americans having already cast their ballot, Tuesday is the final stretch of a marathon campaign.

But Michael told Newstalk Breakfast that something has changed since the last election.

"One key difference is that he didn't have the advantage of running against the worst presidential candidate of my lifetime.

"It was very easy to not vote for Hillary... But Biden, he's different, he's not as unpopular.

"And that's why the polls may be more reliable this time."

He said there are a few places to watch carefully.

"If Trump loses Florida, it's over... I mean, obviously, theoretically, he could win - but it's very, very unlikely that there's a state he can win to make up the electoral votes."

"We know where most of the states are going to fall - nobody has any doubt that California and New York are going to go for Biden or any Democrat.

"Just like nobody doubts that South Carolina and Kentucky are going to go for a Republican.

"It's the states that are left over.

"The precarious position that President Trump is in is he needs to win all the long shots - all of them - all the states that are close, and even not quite so close.

"He needs to win them all, and that includes Pennsylvania or Michigan or Wisconsin.

"If Joe Biden gets lucky and just gets one red state to flip - if Georgia flips [or] Texas.

"On Monday, the Cook Political Report changed the rating of Texas from 'leans republican for president' to 'toss-up for president'.

"If Trump loses Texas, it is beyond over - and so that's the tough spot we're in". 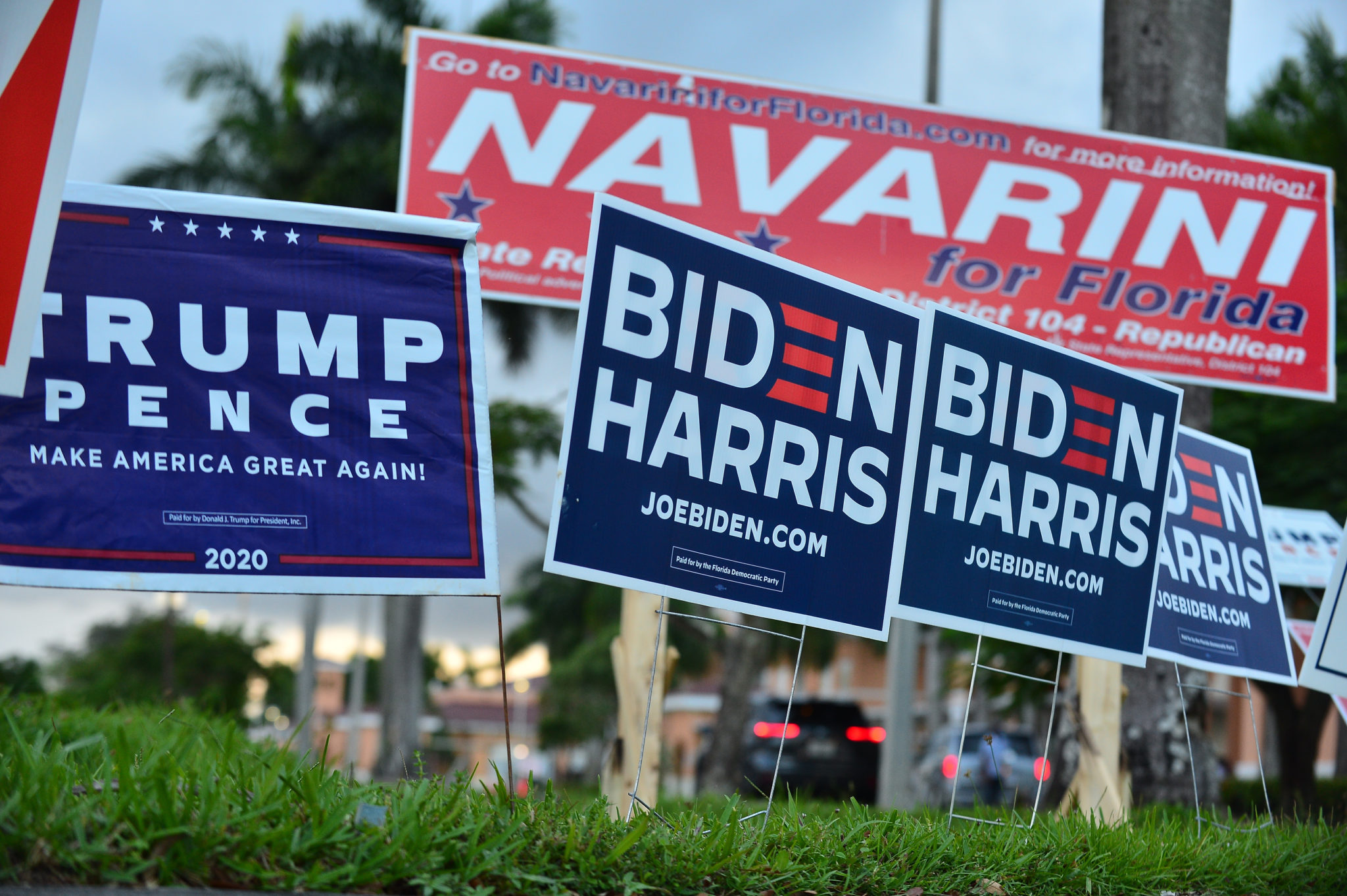 'Many places Trump could lose'

On Mr Biden's chances, Michael said: "I think it'll be relatively normal because I think Trump's going lose Florida - and if Trump loses Florida and North Carolina, then everyone can go to bed."

"But if I'm wrong - and boy have I been wrong the past - it could be a long night.

"But there's so many places where Trump could lose that'll put him out of the race."

But he said he believes a Biden win "is the far more likely outcome".

Staff from the US Department of Justice have been dispatched to 18 states to try to curb voter suppression or intimidation, as the high-stakes campaign finally nears its end.

But the battle may not end when the polls begin to close, with both campaigns gearing up for tight-fought races in swing states where the polls either give one candidate a marginal lead or say it is too close to call.

Mr Trump hit out in a late-night tweet on Monday at a Supreme Court decision to allow mail-in ballots in Pennsylvania to be counted up to three days after the election.

With some votes and results heavily delayed by the large numbers of ballots submitted by post due to the coronavirus pandemic, Mr Trump may try to capitalise on initial early success among those who waited until November 3rd to turn out.

This outcome has become known as a 'red mirage'. 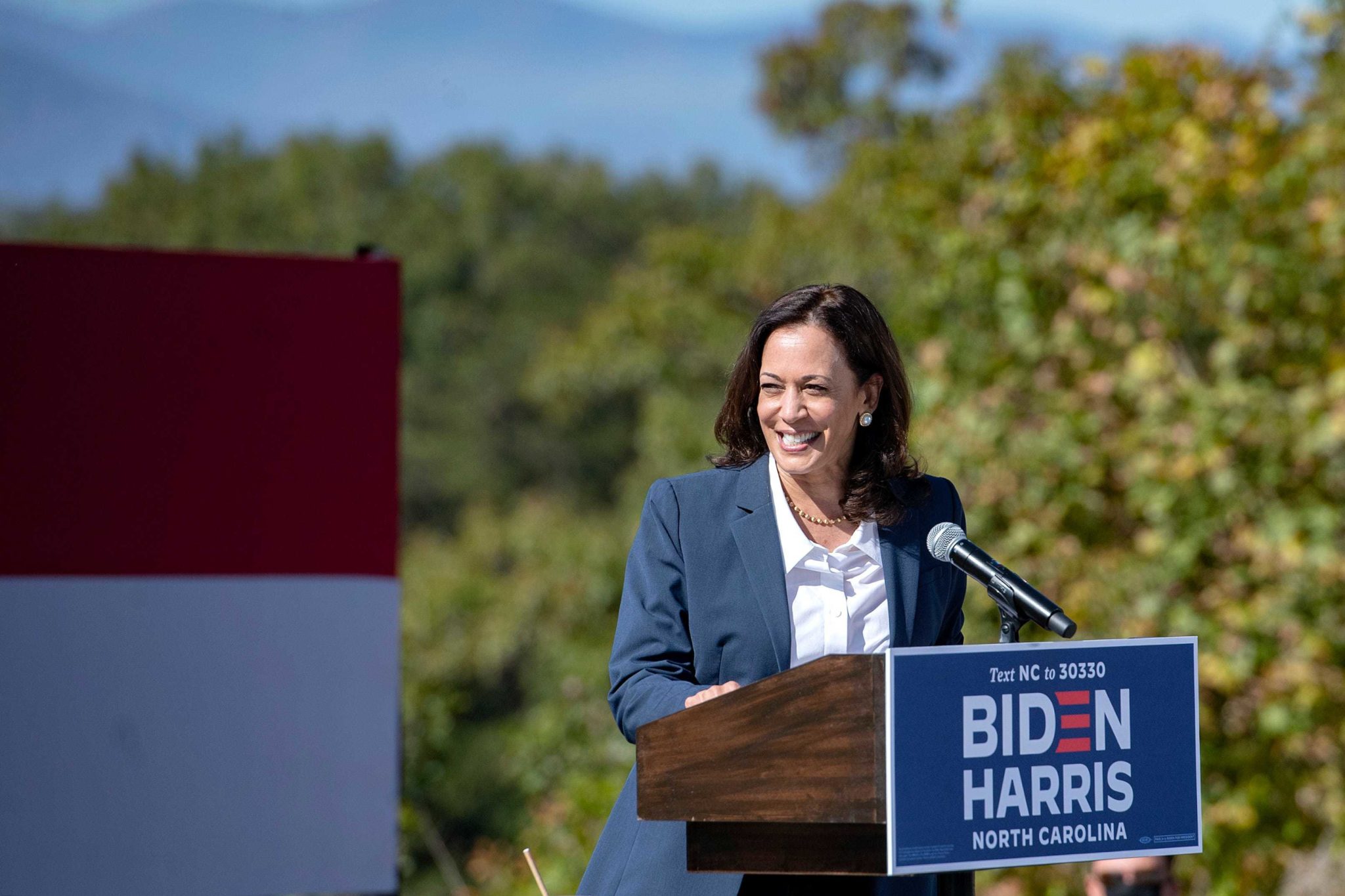 But Mr Biden's team are pushing back, sending out last-minute fundraising e-mails for the legal battles they may have to launch if they judge the US president has unfairly claimed a win too early.

"Under no scenario will Donald Trump be declared a victor on election night," the challenger's campaign manager declared on Monday.

It followed a frenzied dash by Mr Trump and Mr Biden on Wednesday, as they toured the 'toss-up' states both are hoping to win to top up their electoral college votes and secure them the crucial 270 needed.

Mr Trump visited North Carolina, his opponent's birthplace of Scranton in Pennsylvania, as well as Wisconsin and two trips to Michigan.

He is bullish about his chances of holding on to seats he won with small margins in 2016.

While Mr Biden headed for Ohio and three events across Pennsylvania, where he proclaimed at his first rally in April 2019: "If I'm going to be able to beat Donald Trump in 2020, it's going to happen here."

Former US president Barack Obama was also dispatched to Georgia and Florida - two tight races that would yield prizes of 16 and 29 electoral college votes, respectively.

"I don't think anybody has ever seen crowds like this. We're getting very good results from early voting and from ballots. And we'll have to see how it all works out. We won't know for a little while."

He told Newstalk on Monday: "I don’t think you see the enthusiasm for Joe Biden out there - people out there in the country voting for Biden because they like Joe Biden - they are voting against Donald Trump."

"There is not a ton of enthusiasm when you ask folks if and why they are voting for Biden. The general sentiment out there is, you know, ‘I’m not, I am voting against Donald Trump.'

"So, I think the more Trump makes a contrast with Joe Biden in those policies, the better."

Main image: Photo taken in US state of Virginia shows a C-SPAN live stream of US President Donald Trump (left) and his Democratic challenger Joe Biden attending their final debate in the 2020 US presidential race. Picture by: Liu Jie/Xinhua News Agency/PA Images