Three Irish citizens have so far been successfully evacuated from Afghanistan. The Government is ...

Three Irish citizens have so far been successfully evacuated from Afghanistan.

The Government is making arrangements for 36 others who want to leave the country.

One of those evacuated is believed to be primary school teacher Aoife McManus from Co Meath.

On Tuesday, she told Newstalk Breakfast there had been a "total transformation" on the streets of the capital.

"The experience of what has happened on the ground in the last few days is just a total transformation of atmosphere on the streets and of everything in the city," she said.

"You know, a couple of days ago, it was business as usual and yesterday and today, the streets are full of internally displaced people; people panicking and trying to get out.

"The Taliban are saying stay in, everything is OK, nothing is going to change – don’t give the looters the opportunity to take advantage of the chaos.

"They are giving stay put messages – nothing is going to change; we are not going to punish anybody – but then people I guess either know better or fear the worst."

It comes as the Taliban has reportedly shot dead a number of people who attended an 'Independence Day' rally in the city of Asadabad.

Several people are believed to have been killed after waving the national flag, according to a witness cited by the Reuters news agency.

Processions of cars also drove through Kabul with banners of red, green and black - the national flag - billowing from them on Thursday.

The Taliban, who have their own black and white flag, moved quickly to suppress the demonstrations, which also broke out in Nangarhar, Khost and Kunar province. 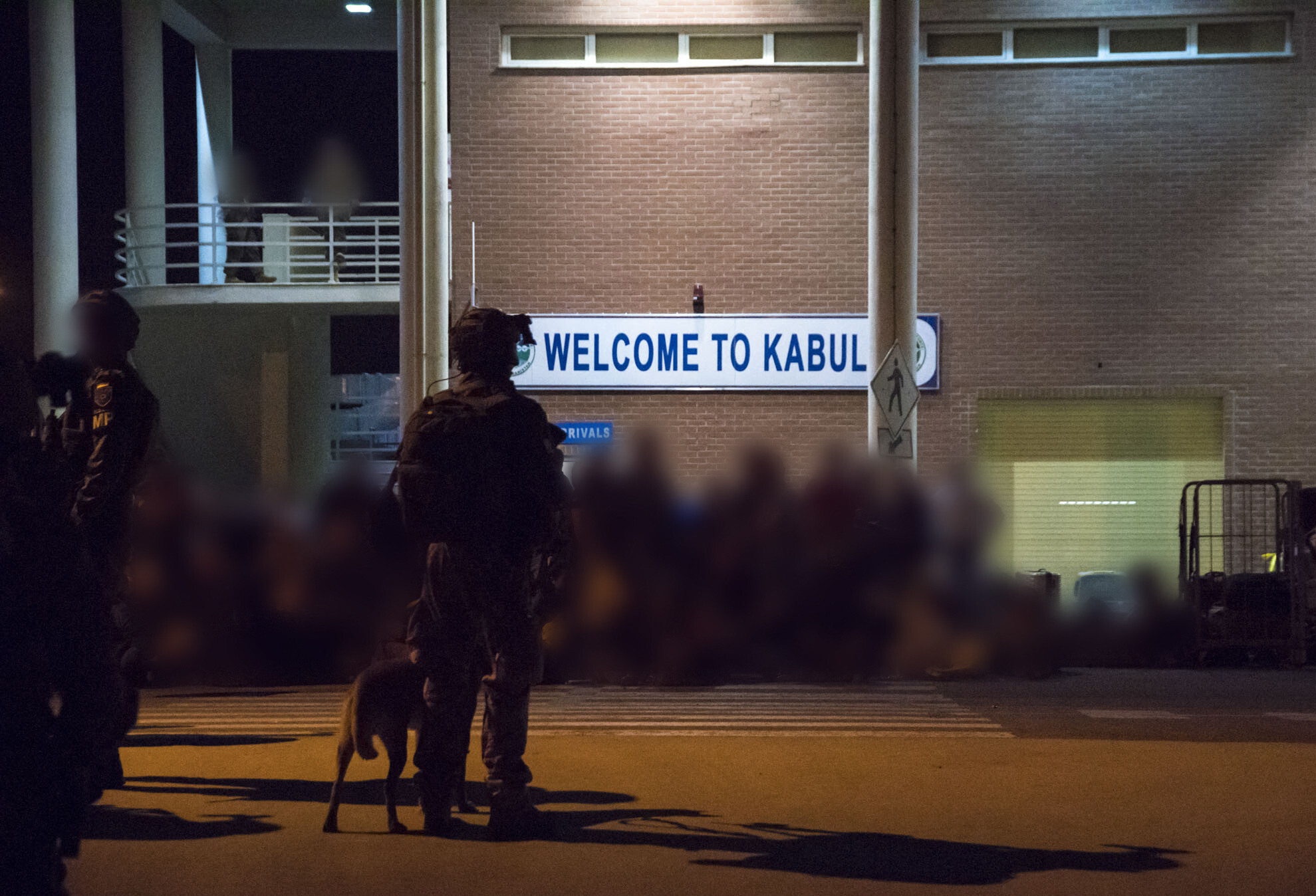 Thousands of Afghans are still trying to flee a life under the Taliban via Kabul Airport.

A number of foreign embassies have set up evacuation centres inside the airport compound.

At least 12 people have died in and around the airport since Sunday, according to insurgent and NATO officials.

Nick Henderson from the Irish Refugee Council says Afghan nationals are being prevented from leaving.

In Kabul, a crowd of men and women were seen waving the national flag and chanting: "Our flag, our identity".

Insurgents are reported to have fired shots at protesters, but it is not clear if victims died as a result of the shots or a stampede.

In Jalalabad on Wednesday, at least one person was killed after demonstrators removed the group's flag from a public place and replaced it with the national one.

In Khost, southeast of the country, Taliban authorities introduced a 24-hour curfew after violence broke out as they tried to break up protests.

The Islamist insurgents said they were marking Afghan Independence Day by celebrating their victory over the US.

The militant group had said no one would be harmed as it took control of the country.

Ireland has committed to taking at least 150 people from the country, and they are due to arrive in the coming days.

Main image: US soldiers stand guard along a perimeter at the international airport in Kabul, Afghanistan on August 16th 2021. Picture by: Shekib Rahmani/AP/Press Association Images