The Immigrant Council says Ireland needs to do more to help Afghan refugees.

Its legal services manager, Catherine Cosgrave, was speaking after a group of aid organisations called on the Government to take in more.

Ireland has committed to taking at least 150 people from the country, and they are due to arrive in the coming days.

In a letter the organisations - including the Irish Refugee Council (IRC), Amnesty International and Oxfam - call for the Government to commit to the resettlement of at least 1,000 refugees.

Ms Cosgrave told The Hard Shoulder that 195 visas will immediately be issued for people who have already been identified by the Department of Foreign Affairs as being in urgent need.

This could include human rights defenders, scholars and others that the department is aware of. 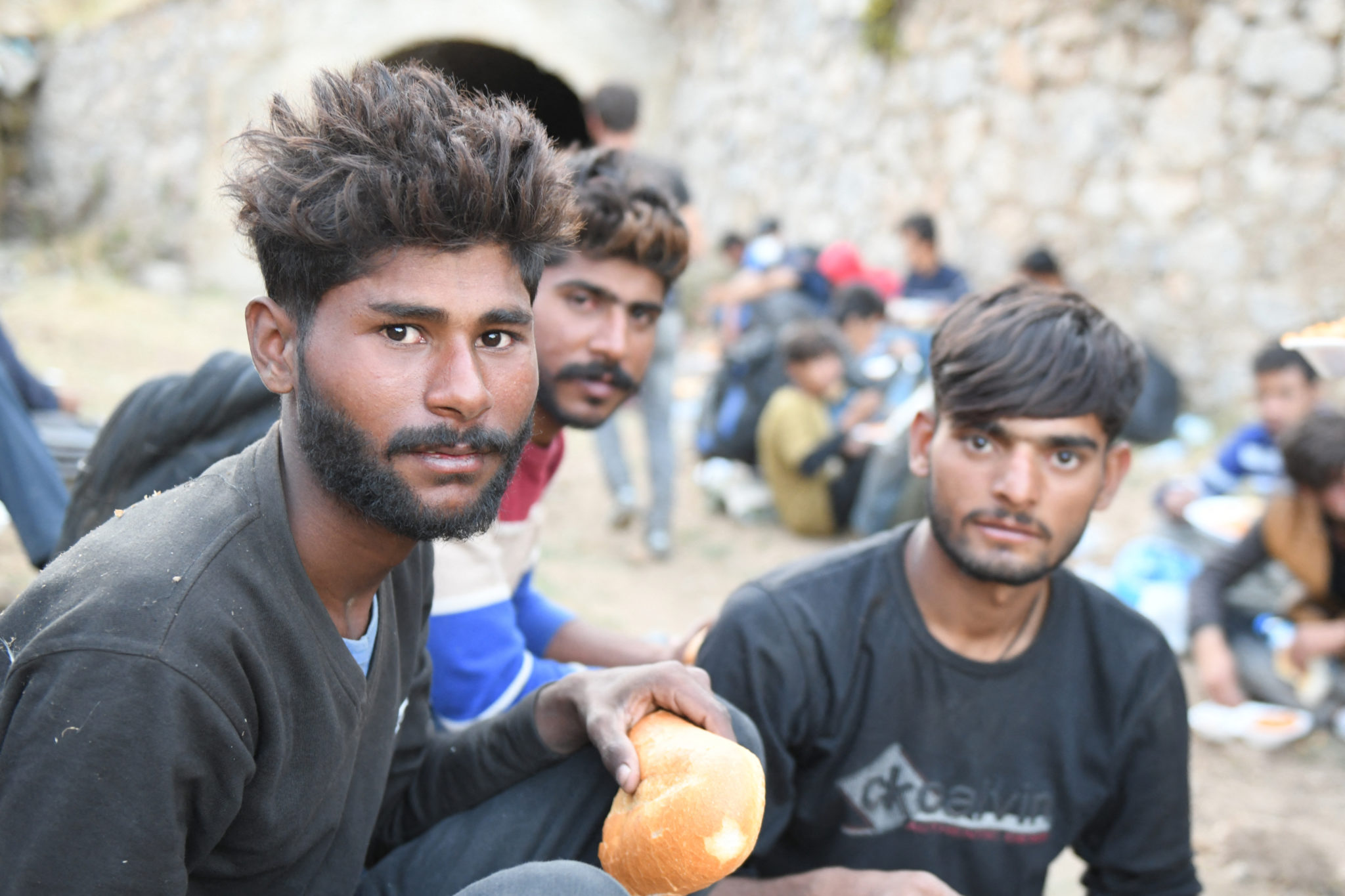 A group of Afghan migrants in Van province, Turkey, on July 24th, 2021. Picture by: ABACA/ABACA/PA Images

The rest could be earmarked for refugees already in Ireland, who have a legal entitlement to apply for family reunification.

But Ms Cosgrave agrees more needs to be done.

"What is currently missing, in terms of the call particularly on the part of organisations at the moment, would be for an additional scheme for Afghan and Irish citizens who have family members where no application has yet been made.

"And they need to make urgent humanitarian applications on a discretionary basis for those family members."

She says these could be people with a close family relationship to Ireland, such as having married a spouse or had a child born in Afghanistan, but don't have a legal entitlement to a visa.

And she says the situation is impacting on members of the Afghan community here.

"It is actually affecting our own citizens and residents within our community, who have family members living in that jurisdiction and who they are desperately concerned about.

"We do have an established Afghan community, and some of them are now here a long time because Afghanistan has sadly been generating refugees for the last 40 [years] - and 20 years more recently since the 'war on terror'.

"So there is an established population, many of them have now naturalised... and so they are in fact Irish citizens.

"And they have established family relationships still in the original country of origin".

And she says Ireland's commitment is low compared to other countries.

"In the overall scheme of things it is a very low number, particularly given our existing commitments to admit several thousand people under our existing Irish Relocation Programme commitments in the coming years.

"So 300 is welcome, but the orgainsations who are signatories to that letter have called for at least 1,000.

"And, of course, we would welcome the Minister's hope that we will see more than the 300 - but we need to see things come in place."

Tánaiste Simon Coveney earlier said he would like Ireland to do more, but there is a need to plan for that properly.

He said Ireland was one of the first countries in the EU to actually announce a number of refugees "as a starting position".

He said authorities have already "more or less" agreed on a list of an initial 150 people, saying the list was agreed with NGOs and humanitarian organisations who are "desperately" looking to get people out of Afghanistan.

Main image: Afghan women trying to warm up by lighting a fire after crossing the Iran-Turkey border near Tatvan district in Turkey on August 17th, 2021. Picture by: Ozturk Ali Ihsan/Demiroren Visual Media/ABACA/ABACA/PA Images