The Transport Minister Eamon Ryan has said it will be 'months rather than weeks' before non-essential international travel resumes.

He told Newstalk Breakfast he does not want to speculate on exact dates, but that he cannot anticipate it taking years.

"I don't want to speculate on dates because you don't want to raise false expectations, and also we're still not out of the woods yet.

"We're doing really well, we've done really well in the last few months - we've got our numbers down... we will get out of the precarious position we're in.

"And yes: I would expect in a number of months, rather than weeks, that that will see then the return to more normal arrangements in a whole range of areas - including international travel."

He also said he will be meeting with airlines later on Thursday.

"What the industry don't want, and I'll be talking to the airlines later on today, they don't want to stop-start.

"They don't want us to say 'You can start this date' and then people are going to book for it, then you might have another wave and then it stops again.

"I think we're better on getting this gradual, slowly but surely and steadily transition out of the COVID arrangements we're in and make sure what we put in place then is on a really stable basis."

He said he could see a case where Irish citizens with vaccine certificates could travel for non-essential reasons, such as holidays.

"But as I said I don't want to speculate on the immediate date - it'll be months rather than weeks, but it's not years certainly". 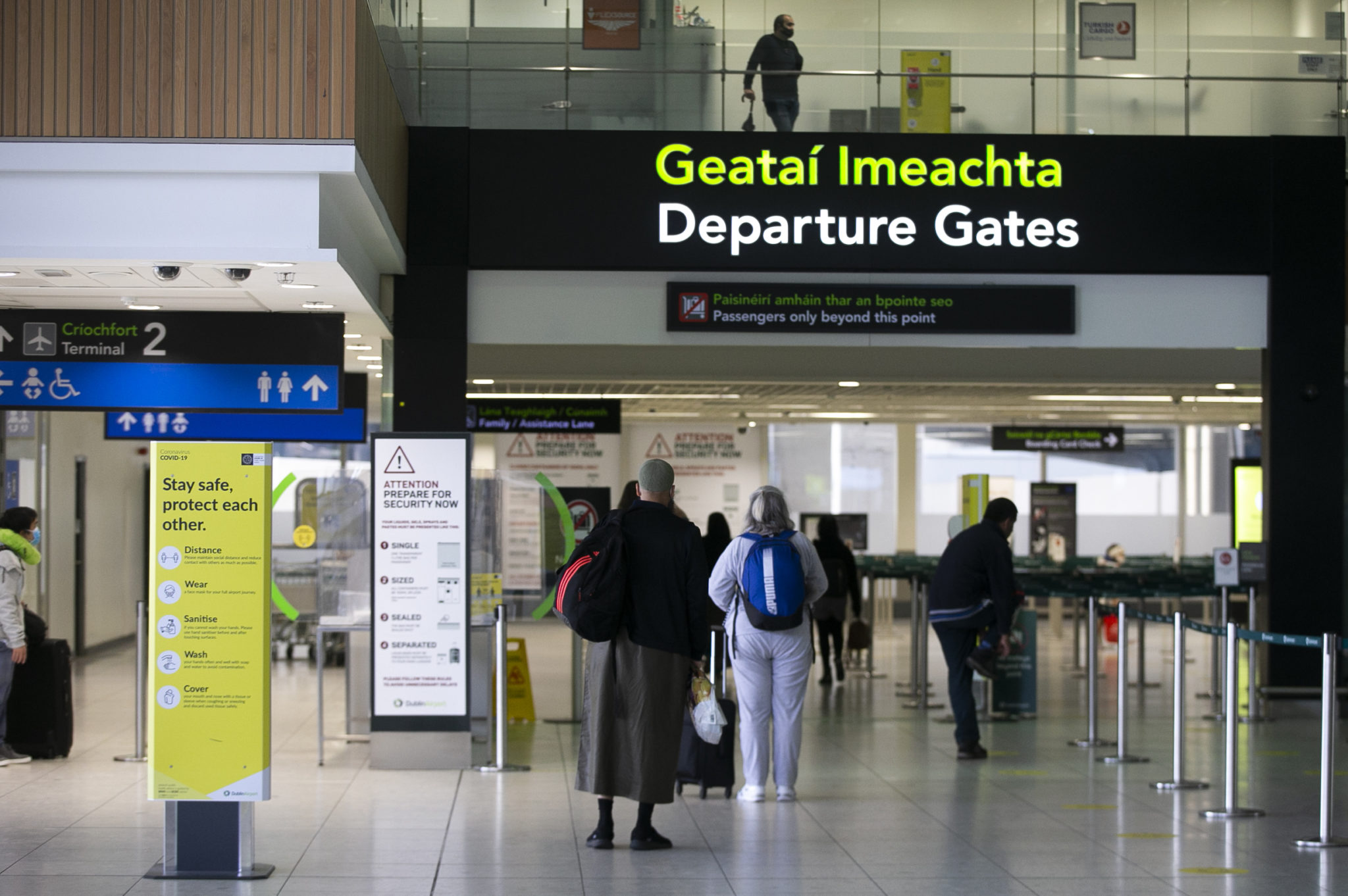 Passengers are seen in Dublin Airport in July 2020. Picture by: Sam Boal/Rollingnews.ie

On Wednesday Taoiseach Micheál Martin also ruled out international travel returning before June, and said it will not be considered by the Cabinet next week.

Earlier on Wednesday, Foreign Minister Simon Coveney said people should not be booking holidays abroad for this summer - but a 'gradual change' to the current approach to international travel is likely over the summer months.

"What that means is continuing to prioritise public health over everything else.

"Even with that, I do think over the summer months we will see a gradual change in relation to the approach on international travel.

"But I certainly wouldn't be advising anybody to be booking holidays - that's very much contrary to the current advice that we're providing," Mr Coveney said.

Why your holiday abroad is going to cost you more