The head of Ryanair says airfares will be going up before the end of the year, with the company p...

The head of Ryanair says airfares will be going up before the end of the year, with the company planning to carry 35% fewer people from Dublin.

Its CEO Eddie Wilson was speaking as the carrier announced a full recovery of its pre-pandemic passenger capacity from Cork Airport.

This includes new routes to Birmingham and Edinburgh in the UK, which were previously serviced by Stobart Air.

However Mr Wilson told The Pat Kenny Show prices in Europe are likely to go up before 2022.

"They'll probably go up this Christmas as well, and that's why you'd encourage people to book early.

"It's very simple: there's just less seats in Europe, and that's for a number of reasons.

"The larger airlines that are depending on state aid have had to cut back, and they've cut back on short haul.

"You've got airlines like EasyJet that have got smaller, Norwegian that are a fraction of the size that they were - so the number of seats have gone down". 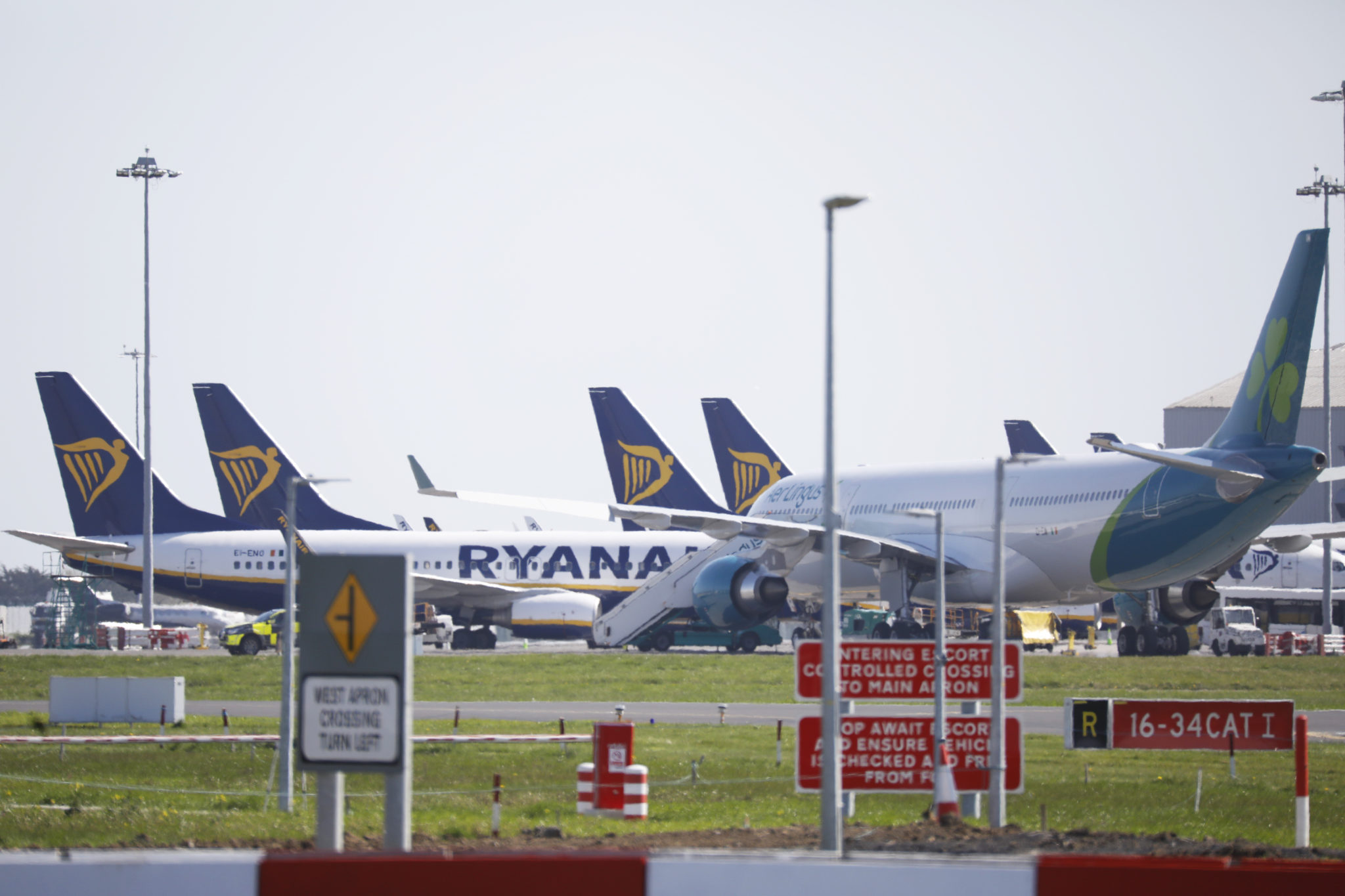 He also appealed directly to Transport Minister Eamon Ryan to do more for Dublin.

"That's all the airports except Dublin - Cork, Kerry, Knock and Shannon are going to be all back to their full, 100%, pre-pandemic Ryanair traffic from next summer.

"We hope that we can close the deal with Dublin as well, because in fairness to the DAA they have a scheme in - but unfortunately the funding from Government runs out in June.

"And as you well know, airlines have to plan their capacity for the full season.

"So if that was extended from the current end date of June next year to the end of the summer season... then we would make the commitment to restore in full 100% of our traffic back into Dublin".

He says routes from the capital "could be down" by up to 35% next summer.

"Dublin has up to potentially 30 Ryanair aircraft there... if Eamon Ryan is listening, extend the scheme, give certainty to tourism and business so that we can plan for next summer - restore Dublin in full, just like we have the other four airports.

"At least we'll have the capacity in place, and then it's up to us to drive that through fares and promotion to fill the aircraft".

On Cork, he says if all goes well they could carry over one million passengers there.

And he also praised the European Commission for the EU Digital COVID Cert.

"In fairness to the EU Commission... they did roll out the COVID passport, it's accepted everywhere.

"You go into a restaurant in Italy now and you show the same one as you show in Temple Bar in Ireland - it works fantastically well.

"We thought initially there was going to be a different visa, or a different presentation, for every country.

"But the 'one sizes fits all' has really facilitated air travel".

The carrier has previously said the Irish market is still recovering slower than its other European destinations.

Earlier this month, its marketing director Dara Brady told Newstalk: "On a European basis it's very different to Ireland here.

"I think we've been very vocal... we have been saying for quite a while that we think the Irish Government is behind the ball here.

"Many, many other European countries are putting incentive schemes in place to drive recovery.

"We're probably only running at about between 60 and 70% of recovery in Ireland, where we're running at - for example - over 100% in Italy.

"So our winter schedules are going to be still running behind where we would have been in 2019 in Ireland.

"We really need to see some action from Minister [Eamon] Ryan, in particular, in terms of actioning the recommendations from the Aviation Taskforce report that's sitting on his desk.

"We think that if the Government was to push on and to incentivise tourism recovery here, that our growth would be far greater".

Ireland 'is last on our list' for investment, Ryanair CEO warns