Ireland is provisionally on track for its warmest year on record.

Ireland is provisionally on track for its warmest year on record, Met Éireann has said.

Last week, the temperature hit 15°C on Thursday night - easily beating the previous November night time record of 14.6°C. While in July, Dublin recorded its hottest ever temperature on record.

Out and about, the usual winter scarfs and gloves have been left at home and many people are dressed as if it were a mild spring day rather than approaching Christmas.

“It is obscene - it’s much too warm and the planet’s burning,” one woman told Newstalk reporter Josh Crosbie.

“It’s very mild; it’s unbelievably mild. I mean I have stuff growing in the garden which wouldn’t normally grow this time of the year,” another woman said.

For John Hanley, a climate scientist with Met Éireann, it is all part of a trend that he expects will make this a record-breaking year.

“We’ve had really exceptionally mild weather since the beginning of October and this is in line with some exceptional weather throughout the year,” he said.

“So, we’re on track, provisionally, to have one of the warmest years on record - if not the warmest.” 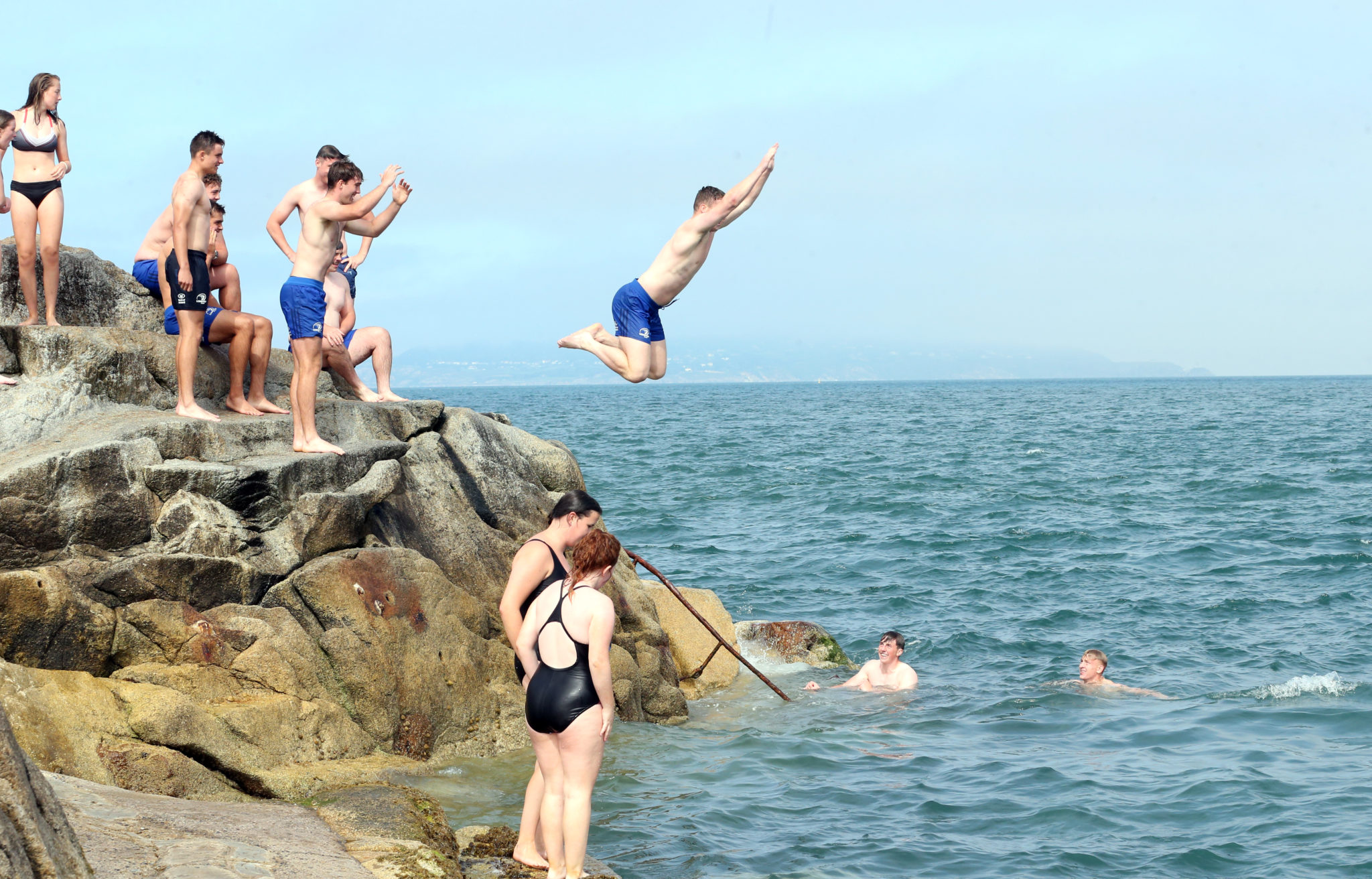 People enjoy jumping in and swimming at the Forty Foot in Dublin. Photo: Sasko Lazarov/RollingNews.ie

A delegation from Met Éireann is due to attend COP27 and Mr Hanley says people need to match ambition with delivery.

“What we’re seeing at the moment in COP is a drive to increase ambition,” he said.

“There’s a target at the moment to try and keep ambition to below 2° warming compared to pre-industrial [levels] and ideally 1.5°.

“So, there’s quite a gap there at the moment that needs to be addressed at COP; so, we need to try and really make concerted efforts to reduce those emissions.

“It’s critical now that, not only do we have high levels of ambition, but that ambition is also then seen through.”

His colleague Alan Halley, who works in forecasting, describes the weather recently as “unsettled” and predicts it could continue for some time.

“Unfortunately, it’s looking like it will remain unsettled,” he said.

“We’ll experience some windy, unsettled conditions throughout the week, we will remain mild as well and there is the potential for some wind warnings and perhaps some rain warnings as well.

“All of these trends that we’re seeing, are kind of in line with what you will expect with our changing climate.

“So, in that respect, I suppose it isn’t surprising but we are going to see, I think, more and more of this as the years go by.”