Nancy Pelosi resigns as leader of US House Democrats

Nancy Pelosi has resigned as leader of the Democrats in the US House of Representatives.

Nancy Pelosi resigns as leader of US House Democrats

Nancy Pelosi has resigned as leader of the Democrats in the US House of Representatives.

After two decades in the powerful role, Ms Pelosi is giving up her gavel but will not resign as a member of Congress.

Ms Pelosi announced her resignation with her party in a buoyant mood after unusually strong results in this month’s midterms.

Typically, the party of the President loses seats and control of Congress. This year, the Democrats kept hold of the Senate and lost only a handful of seats in the House; Republican Kevin McCarthy will be the next Speaker but many in his party are furious that they did not perform better.

In her farewell address, Ms Pelosi described the US Capitol as the "heart of American democracy” and the House chamber as “sacred ground”.

However, she was also blunt that America’s democratic institutions are not as sturdy as they might once have seemed; in reference to the attack on the US Capitol in 2021, she said:

"American democracy is majestic, but it is fragile.

“Many of us here have witnessed our fragility first-hand, tragically in this chamber. And so democracy must be forever defended from forces that wish it harm."

Thank you all — and may God continue to bless the United States of America. pic.twitter.com/XDlQRwvDjY

One of her more notable achievements was the passage through Congress in 2010 of the Affordable Care Act - often dubbed ‘Obamacare’ by its detractors.

It banned insurance companies from not taking on patients with pre-existing conditions, allowed young people to stay on their parents’ insurance until the age of 25 and provided subsidies for lower-income Americans. 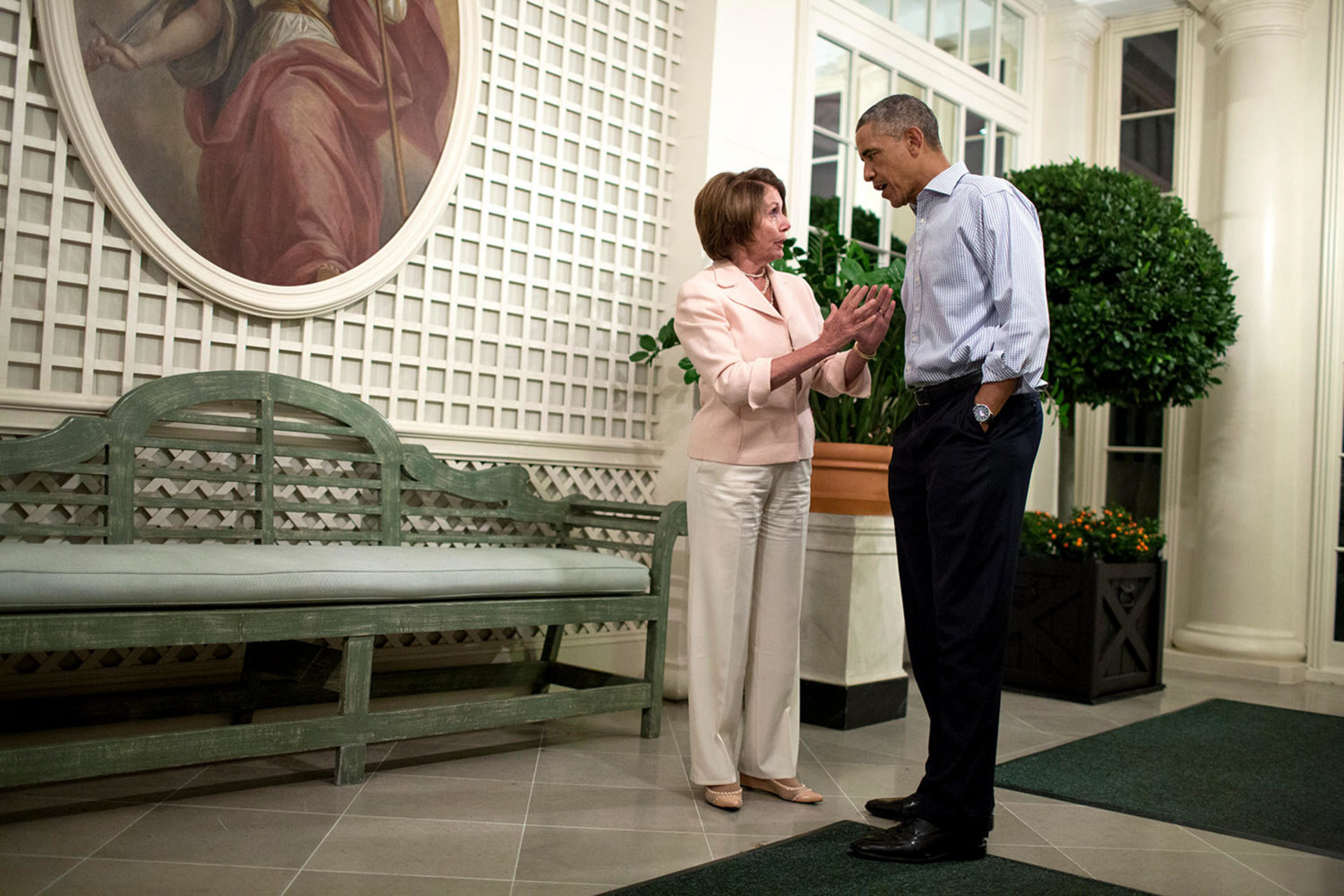 For the Republicans, it was an unforgivable intrusion by government into the private healthcare market and it made Ms Pelosi a hate figure on the right.

In a tribute to her on social media, Joe Biden described her as “the most consequential Speaker of the House of Representatives in history.”

“She is first, last, and always for the people,” he tweeted.

“America owes her a debt of gratitude for her service, patriotism, and dignity.”

Nancy Pelosi was first elected to the US Congress in the 1986 midterm elections.

She became the first woman to hold the office of Speaker in 2007 and stayed on as leader of the House Democrats after Republicans regained the majority in 2011.

Nine years later, with Donald Trump, in the White House, she became Speaker again and oversaw impeachment proceedings against him twice.

Donald Trump nominated as US House Speaker as deadlock remains