An interview seen around the world of Britain's Prince Harry and Meghan Markle was 'decadent, ina...

An interview seen around the world of Britain's Prince Harry and Meghan Markle was 'decadent, inappropriate and odd'.

That is the view of the editor of internet magazine Spiked, Brendan O'Neill.

He told Newstalk Breakfast the hypocrisy in their approach has annoyed many people.

"My view is that Harry and Meghan are very privileged individuals, they are wealthy, they are well-connected.

"And I thought the sight of Harry and Meghan sitting in the luxurious surrounds of a mansion in California, telling the billionaire Oprah Winfrey how oppressed they are, how much they have been victimised, how difficult their lives have been - while Meghan was wearing a $4,500 dress - that will have struck a lot of people as decadent, inappropriate and odd."

Brendan said while the topic of Meghan's mental health was part of the discussion, this was not the main reason for the interview.

"And that side of it just doesn't wash at all."

'Where will we put our sympathies?'

He also hit out at the timing of the interview.

"Also I do think we have to recognise - in my view - there is an over-expanded definition of mental health problems these days.

"After a year of lockdown in the United States, where this interview took place, 14 million people lost their jobs, millions of people have been plunged into poverty.

"People are surviving on stimulus cheques worth £2,000 - which is half the cost of Meghan Markle's dress - where are we going to put our sympathies?" 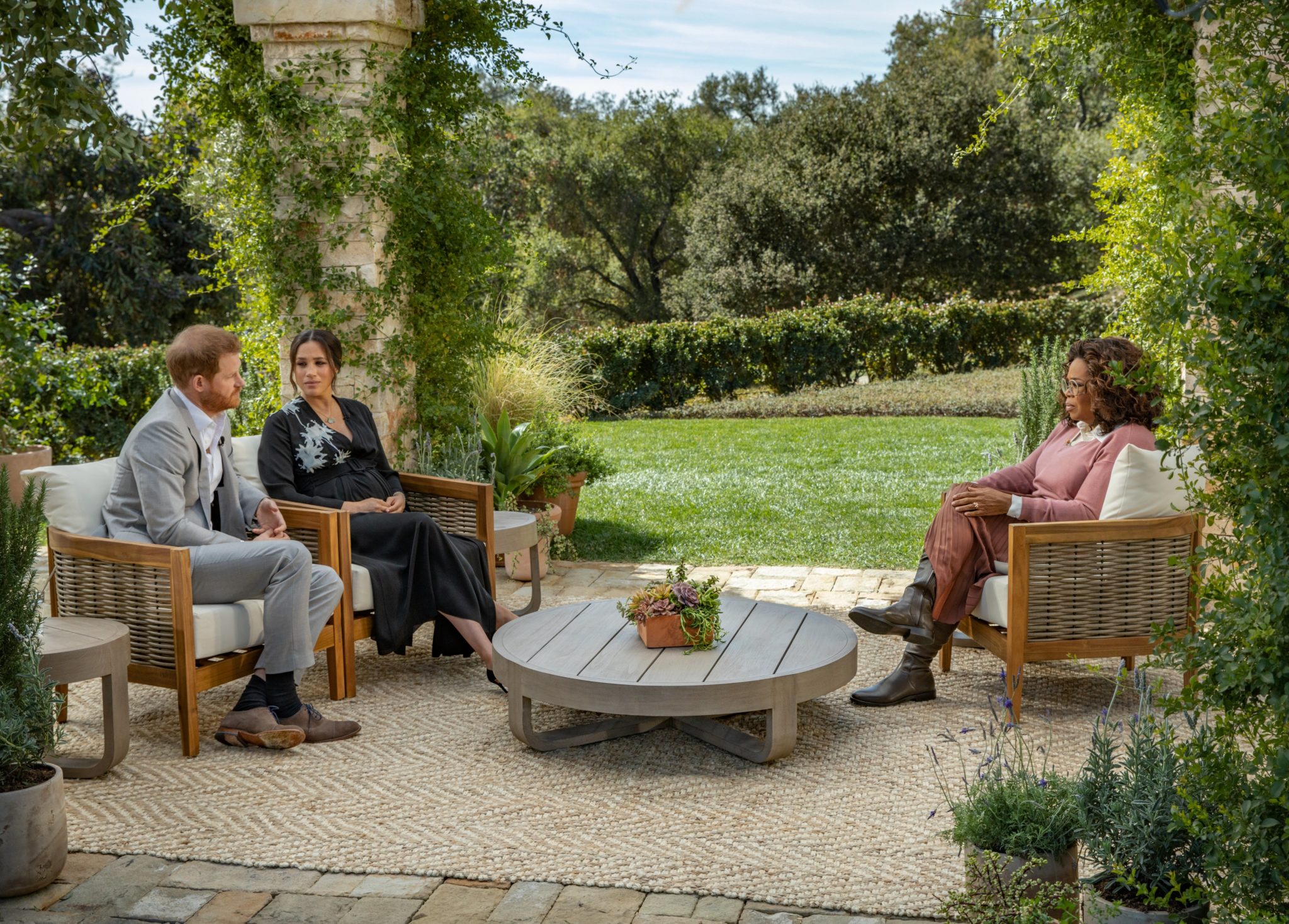 And he said while people in the UK initially liked the coupling of Prince Harry and Meghan, as they were seen as renewing the royal family, that had changed.

"People only really turned against them when they started to use their royal platform to politically lecture the rest of us about environmentalism, about feminism, about all sort of issues.

"While at the same time flying around in private jets to swanky pads in the south of France.

"People were turned off by their hypocrisy and by their exploitation of their royal position".

On the future of the British royal family, he said its reputation will take a big hit internationally.

"I think there's going to be a big fallout... the monarchy's international reputation held up pretty well even while, in the UK, there were divorces and scandals.

"Internationally it held up well: they were seen as this mysterious, strange, medieval family who everyone loved.

"That's going to take a real beating and I think the royal family's going to struggle to recover from this".

"For anyone to come forward and speak about their own struggles with mental health and tell their own personal story, that takes courage. And that's certainly something the president believes", Psaki said.

I recommend ... Meghan & Harry’s courageous interview w @Oprah When someone’s brave enough to ask for help, we must listen. I sit on the board of @Gotcha_4_Life - an organization dedicated to mental fitness. They can help. You are not alone. #HarryandMeghan #archewellfoundation pic.twitter.com/vicpT6vFD4

The interview, produced by Harpo Productions and CBS, has been broadcast in dozens of other countries.

But the Labour Party has slammed the decision by RTÉ to air the interview in Ireland.

It is believed the State broadcaster spent around €10,000 for the rights to the tell-all piece.

Senator Marie Sherlock has said she was "surprised and indeed disappointed" to see RTÉ spending money on an interview that was already available to most Irish viewers on British television.

During the interview, Meghan said she was so unhappy as a senior royal that she had suicidal thoughts.

She said: "I was ashamed to have to admit it to Harry. I knew that if I didn't say it, that I would do it - I just didn't want to be alive anymore."

WATCH: @Oprah asks Prince Harry if family members reached out to apologize for the reasons he felt he had to leave.

On their son Archie, she said: "They didn't want him to be a prince or princess, not knowing what the gender would be, which would be different from protocol, and [said] that he wasn't going to receive security.

"In those months when I was pregnant... we have in tandem the conversation of, you won't be given security, not gonna be given a title and also concerns and conversations about how dark his skin might be when he's born."

On the conversation he had over Archie's skin tone, Prince Harry said: "That conversation, I am never going to share. At the time it was awkward, I was a bit shocked."