RTÉ’s decision to air an interview with the UK’s Prince Harry and Meghan Merkle is “a litt...

RTÉ’s decision to air an interview with the UK’s Prince Harry and Meghan Merkle is “a little bit of a kick” to those pushing for greater coverage of Irish arts, culture and sport, according to the Labour Party.

It is believed RTÉ spent around €10,000 for the rights to the tell-all interview, which was aired in the US last night.

It will have already begun on British television by the time the RTÉ broadcast begins this evening.

Speaking to Moncrieff this afternoon, Labour spokesperson on media, arts and culture Senator Marie Sherlock said said she was “surprised and indeed disappointed” to see RTÉ spending money on an interview that is already available to most Irish viewers.

“I think there is a wider issue here about how RTÉ spends its resources,” she said.

“In February, we got the news that the Soccer Republic programme, the match-highlights programme for the League of Ireland, was to be axed due to scarce resources.

“So, it is a little bit of a kick to those who support League of Ireland and want to see greater coverage of soccer in this country to see money being spent on the airing of this interview tonight.”

Senator Sherlock said the decision is harder to understand given RTÉ is currently going through a cost-cutting programme – including wage cuts, an €8.3m cost reduction plan and “a wider concern about the commissioning of arts content and other content” in Ireland.

She said the key problem with the decision is the “message it sends out.”

“Yes, as a once-off tonight, they might generate additional revenues but there has to be a wider question for the public service broadcaster in this country of their responsibility with regards to home-grown content, commissioning new content and how money is used.

“Maybe it is a good business decision and maybe they will benefit financially from airing the programme tonight but I just think that, if we are going to be chasing the programmes with the biggest advertising attraction then, we will end up with a broadcaster that I think is quite different to what many of us would like to see in terms of its role in promoting content commissioned and produced here in this country.”

She said RTÉs mandate to air 25% home-grown content should be viewed as a minimum, adding, “my point is there could be more.”

“Certainly, when I talk to independent producers here in this country, they make the point that there could be more,” she said.

“They want RTÉ to spend more in that space – be it in the area of sport, in the area of arts and culture, music or whatever else, that there is greater potential there.” 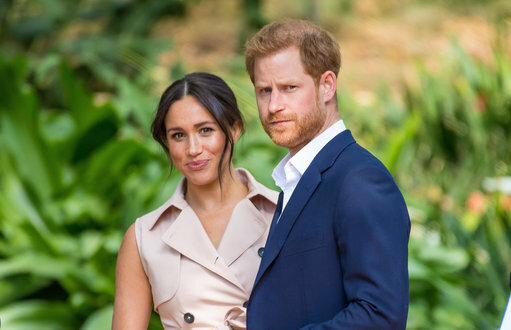 She said fans of Irish sport will be particularly disheartened with the decision to air the interview.

“I suppose I have been struck by people who have said to me, we wanted to try and see the League of Ireland promoted in this country and they see it as a hugely retrograde step that the programme Soccer Republic has been axed on a Monday evening,” she said.

“It is not to take away from anybody’s interest in the royals or dictating what people should or shouldn’t be watching – of course not.”