The Department of Health has confirmed that 448 new cases of COVID-19 have been reported in Irela...

The Department of Health has confirmed that 448 new cases of COVID-19 have been reported in Ireland today.

There are currently 42 people being treated in hospital for the virus.

There are 14 patients in intensive care, the same number as yesterday.

The HSE continue to be affected by the recent cyberattack and the daily case figure “may change due to future data review, validation and update.”

The five-day moving average in Ireland has risen to 442, compared to 372 this day last week. 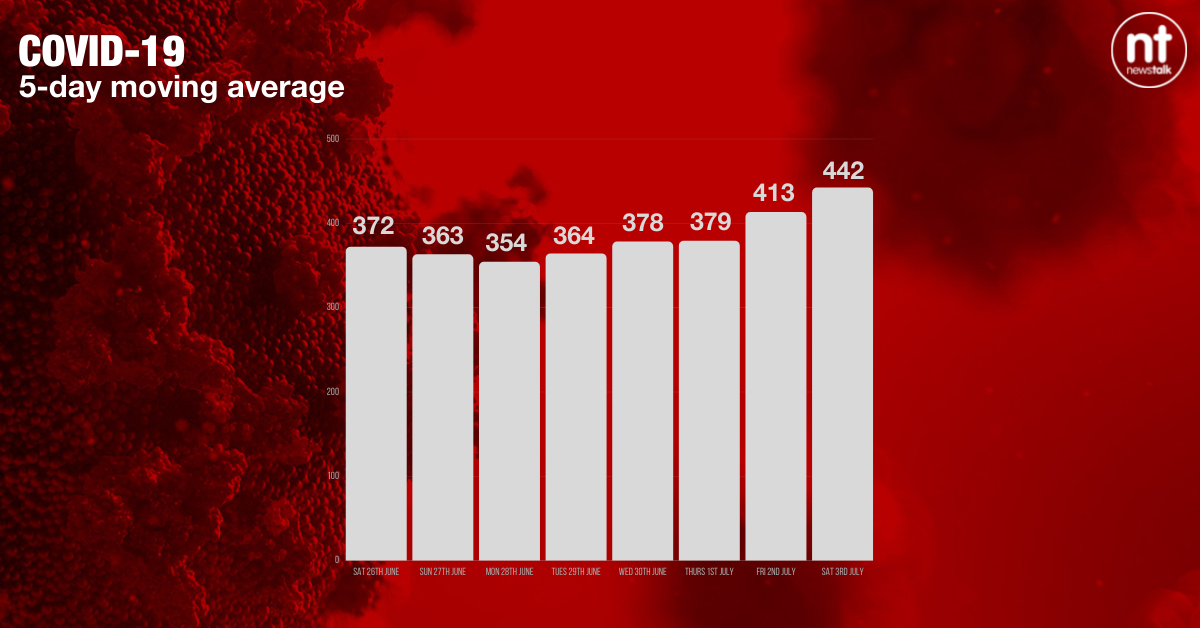 Almost 4.3 million doses have been administered here to date, the CEO of the HSE said today.

It comes as over 55,000 injections were given every day over the past four days, while more than 272,000 doses have been administered so far this week.

Mr Reid added that we "should plan for Delta with concern and a level of confidence also".

Meanwhile, the Taoiseach has confirmed he is in negotiations with several other EU countries about buying their unused supplies of COVID-19 vaccines.

It was announced yesterday that Ireland has agreed to buy a million vaccines from Romania after an agreement was reached in principle between Micheál Martin and the Romanian President Klaus Iohannis.

Romania is one of several countries that have a surplus of vaccines due to low uptake and the doses are approaching their use-by date.

Main image: Staff at work in Collins Barracks, Dublin, where a rapid COVID-19 antigen testing station has been set up ahead of a pilot festival in Kilmainham today. Photo: Sam Boal / RollingNews.ie