The Department of Health has confirmed that 1,345 new cases of COVID-19 have been reported in Ire...

The Department of Health has confirmed that 1,345 new cases of COVID-19 have been reported in Ireland today.

There are currently 105 people being treated in hospital for the virus.

There are 21 patients in intensive care, a decrease of one person compared to yesterday.

The HSE continue to be affected by the recent cyberattack and the daily case figure “may change due to future data review, validation and update.”

The five-day moving average in Ireland has risen to 1,282, compared to 983 this day last week. 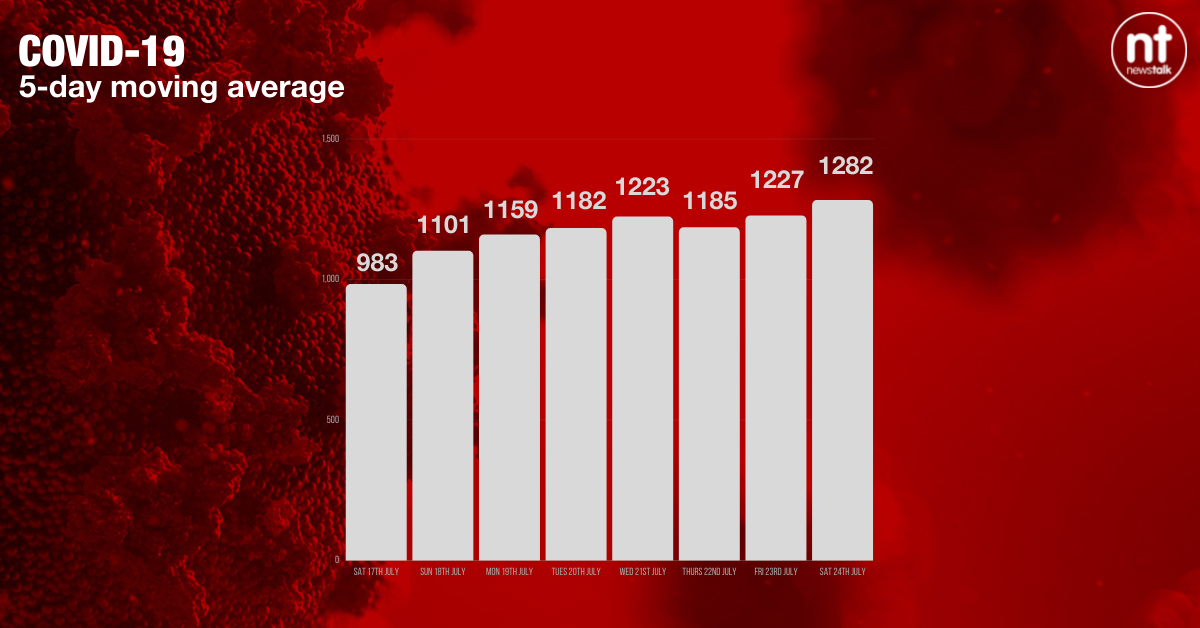 The number of patients in hospital being treated for COVID-19 has more than doubled in the space of two weeks.

He said the upward trajectory in case numbers is also to be expected, but that vaccines will protect people from serious illness.

"We're going to continue to see a rise in case numbers, particularly among younger groups and the question remains what the impact on hospitalisations and serious illness will be," he told Newstalk.

"It will be substantially less than previous waves, the vaccines are highly effective, but there is still a proportion of the population not protected out there by vaccines.

Dr de Barra said the doubling of hospitalisation numbers in the past fortnight is "absolutely" concerning and we are "certainly" going to see further increases.

"As we know from before, once it starts to happen, the rate of increase will accelerate," he explained.

"The majority of people will hopefully have very mild disease and hopefully not be anything like the severity we've seen in previous waves.

"What we're seeing in Israel, in the US, in the UK, is that 98% of the hospitalised COVID patients are unvaccinated and that's likely to remain the case for us, so my message is, if there's an opportunity to get a vaccine, get one."