The usual expectations of age exact a curiously loose hold over Sligo hurling. 20-years-old when ...

The usual expectations of age exact a curiously loose hold over Sligo hurling.

20-years-old when his tally of 1-8 helped Sligo to their first Nicky Rackard Cup win, Keith Raymond's senior breakthrough five-years earlier hinted at the necessary strength of a hurler who had to mature quickly.

Tagging on 1-4 of his own in that 2008 final, 38-year-old Paul Severs had already spent the better part of Raymond's lifetime toiling in barren lands for a win like this.

A conflation of the belief that a player's effectiveness may necessarily be determined by their number of years, the evergreen Raymond now sits three-years shy of his 34-year-old manager Daithí Hand, and an incredible 12-years beyond captain James Weir.

In counties where the depth of talent is finite, much is expected of the willing few in possession of it. Scarcely burdensome, those who give themselves over to Sligo's inconsiderable hurling community acquire a kind of immortality.

"I do believe that in the dressing-room before the Lory Meagher final last year there had been some mention of Mick," Sligo selector Peter Galvin explains ahead of this Saturday's Nicky Rackard Cup final clash with Armagh.

"He was used as a driving force to go and win it. I couldn't tell you what words were used, but I kind of got an inkling from somebody that who he was and what he gave to hurling in Sligo was used as motivation."

Mick Galvin was a brother of Peter's, known only in passing to most of those gathered in the dressing-room. He was, nevertheless, the man in charge as Sligo claimed that 2008 Nicky Rackard Cup win.

In 2015, he died in tragic circumstances at the age of 48; a substantially different, devastating inversion of age's usual patterns. Drafted into the Sligo set-up months after last year's Lory Meagher Cup win, on Saturday afternoon Peter Galvin will patrol this same Croke Park sideline. 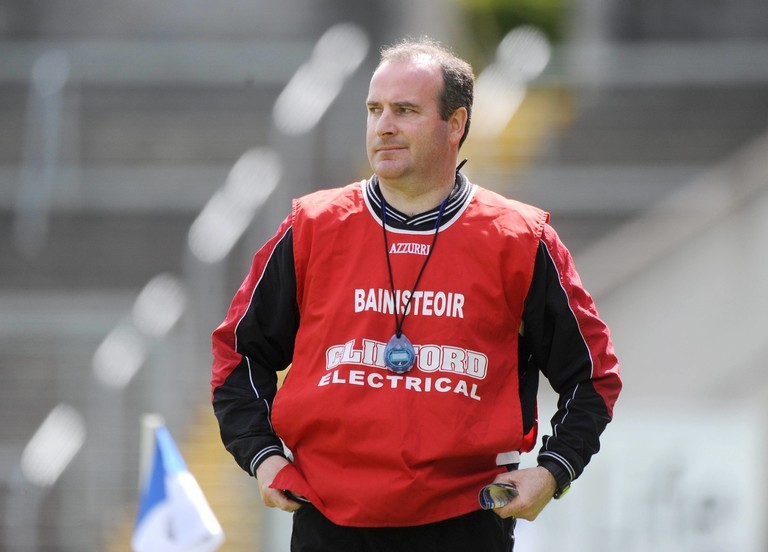 Michael Galvin looks on from the sideline during Sligo's NHL Division 4 Final against Monaghan in 2009. Picture credit: Sportsfile

As Peter Galvin made the short journey from Sligo's seaside village of Strandhill to his father Paddy's house in Carraroe, hurling was always going to be on the agenda.

"There was a knock at the front door," he recalls of that Sunday afternoon when he and his father had settled into their chat, "and who arrived only Daithí with the Lory Meagher Cup to bring it into Dad.

"He wanted to mark what it was because he knows the love for the sport in our house is huge."

Daithí Hand, a Monaghan native who'd relocated to Sligo, had managed the county's latest generation of promising hurlers to national success the day before.

He had never met Peter Galvin, and cannot have known his father all that well either. Yet, anybody who finds themselves working with Sligo's hurlers won't go too long without hearing word of Paddy Galvin.

Awarded the GAA President's Award in 2012, Paddy, an Offaly native in the north-west, embedded himself within the association at a grassroots level; his lengthy involvement with the upkeep of Markievicz Park taking this connection into curiously literal realms.

"I was very impressed by his thoughtfulness," Peter Galvin recalls of Daithí's gesture, "he called in on the way home from Dublin when he could have been out celebrating.

"From having met him that day and a couple of times afterward, I knew Daithí was a quality individual.

"He has Sligo, the players and young lads coming through to the forefront of his mind. He is trying to bring these lads to where they want to be, helping them to develop and mature."

Although he can hardly have expected it after their first chance encounter, the responsibility prioritised by Daithí Hand is now shared by his selector, Peter Galvin. 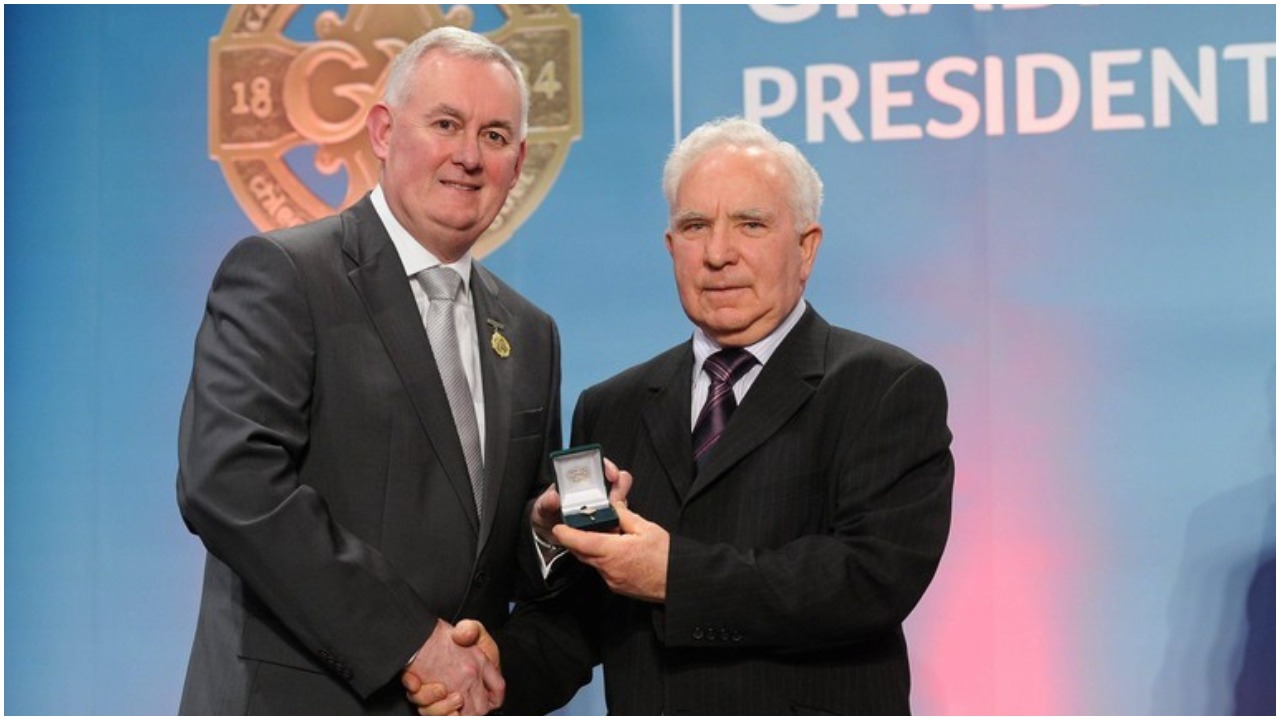 "I got asked whether I would be interested in getting involved from a stats point of view," he remembers of his introduction to the Sligo set-up, "reading the game, analysing it, stuff like that.

"Things progressed then and I was asked to come down onto the sideline. I hadn't really thought about that, but I did it eventually and so far so good."

Along with Galvin, Hand sought out the services of a live-wire from Galway with an infectious enthusiasm for hurling, Colum O'Meara.

Inhabiting the designated roles of manager, selector and trainer, theirs is nevertheless a dynamic that seeks to combine individual attributes into an especially effective blend.

"Colum is brilliant from a development point of view," Galvin notes of the man who led London's hurlers to Nicky Rackard Cup success in 2005.

"He's very energetic and demanding that people improve and train at a certain level. I think that's the key to where a lot of the results have come from this year.

"Daithí then is very sharp and I would use the term manager very, very strongly there. He knows how to manage men and situations.

"We're all very different individuals but we gel together and work very well."

Working with a panel of exciting young players, they are forever seeking ways to improve Sligo hurling's general lot.

"Preparation is key and your conditioning has to be right," Galvin explains.

"What immediately appealed to me is that everything is done in a similar fashion to how the elite counties operate, albeit with a lower budget.

"If Limerick or Kilkenny have a strength & conditioning coach, well then we need to get ourselves in shape. We have a nutritionist then who gives us advice about how to be eating the week of a game, when to eat and all that crack.

"We're very professional on that side of it compared to a decade ago, and the lads see the buy-in from us and respond to it."

An occasional presence around the Sligo set-up when Mick oversaw the county's most celebrated period, though great leaps have been made in the decade since, the fundamental principle of those days remains untouched.

"With the hurling community in Sligo," Galvin outlines, "everybody is willing to jump in and give a hand.

"The sense of community is unbelievable." 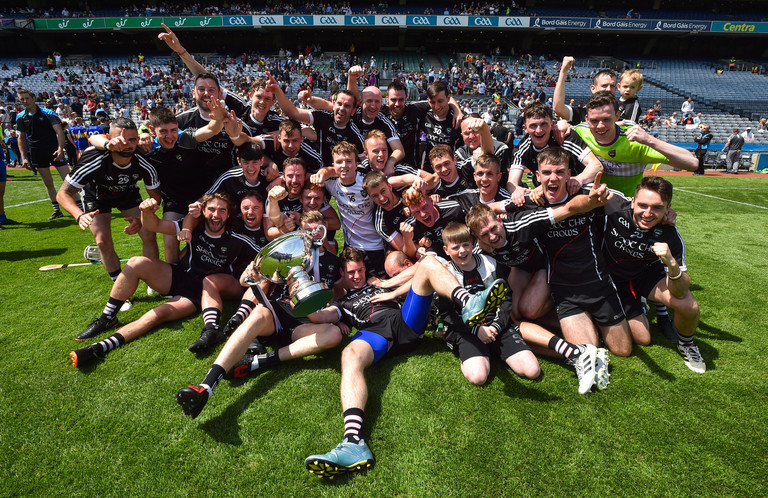 Born eighteen-months apart, Peter and Michael (Petie and Mick) grew up in each other's pockets.

"We played on a lot of hurling and football teams together," Peter remembers.

"Mick went on playing for Sligo and I took a bit of a different path playing National League basketball with the Sligo All-Stars.

"But I would have roomed with him in the house for 20-years, so we knew each other inside out."

Four-years after his passing, Peter doesn't hide from the fact that he is "still trying to piece the jigsaw together on some stuff."

"Sport is a great leveller though," he explains, "a great way of releasing you and letting you go on.

"Sometimes thing happen and people have to figure out how to get out of them. For me, my motivation has come through sport and Sligo hurling.

"People have to move on and do things to improve, but it still OK to remember."

Although he is loathe to acknowledge it, Peter Galvin's meticulous eye for detail enamoured him to Daithí Hand, and makes Croke Park a fitting venue for him to demonstrate his talents.

In spite of this, for one small moment, perhaps, he will let his mind wander.

"Knowing what Mick did there 11-years-ago," he reflects, "it might have a little bite on the heart.

"You want to emulate what he did and be part of something like that."