The Allianz National Hurling Leagues get underway this weekend with new rules in operation in a b...

The Allianz National Hurling Leagues get underway this weekend with new rules in operation in a bid to stamp out cynical fouling in the game.

The GAA's national match officials manager, Donal Smyth, has admitted that a bedding in period will be needed for referees to become comfortable with the changes.

Cynical fouls denying an attacking player a goal-scoring opportunity while inside the 20-metre line or the semi-circular arc will now be punished by a penalty. It'll also result in a ten minute spell in the sin bin for the offender.

"It's a game changer now," he told OTBAM. "It mightn't be the most ethical thing to do but if you can buy a penalty and the opposition having ten minutes with 14 players then you're probably going to do it.

"You look at what teams will do to win now, be it training early in the morning when they shouldn't be or training all together with the gates locked and two guys on security. Do you think teams aren't going to coach to try and take advantage of these rules? Of course they will.

"Sports teams have been taking advantage of any little loopholes or advantages which they can get for years. This for me is what looks like a glaring advantage which teams can use. I think a lot of teams will be trying to be a lot smarter about this.

"Maybe you won't see a lot of black cards, maybe you'll see a lot of tugging back instead. That could be a bigger blight maybe than the dragging down. 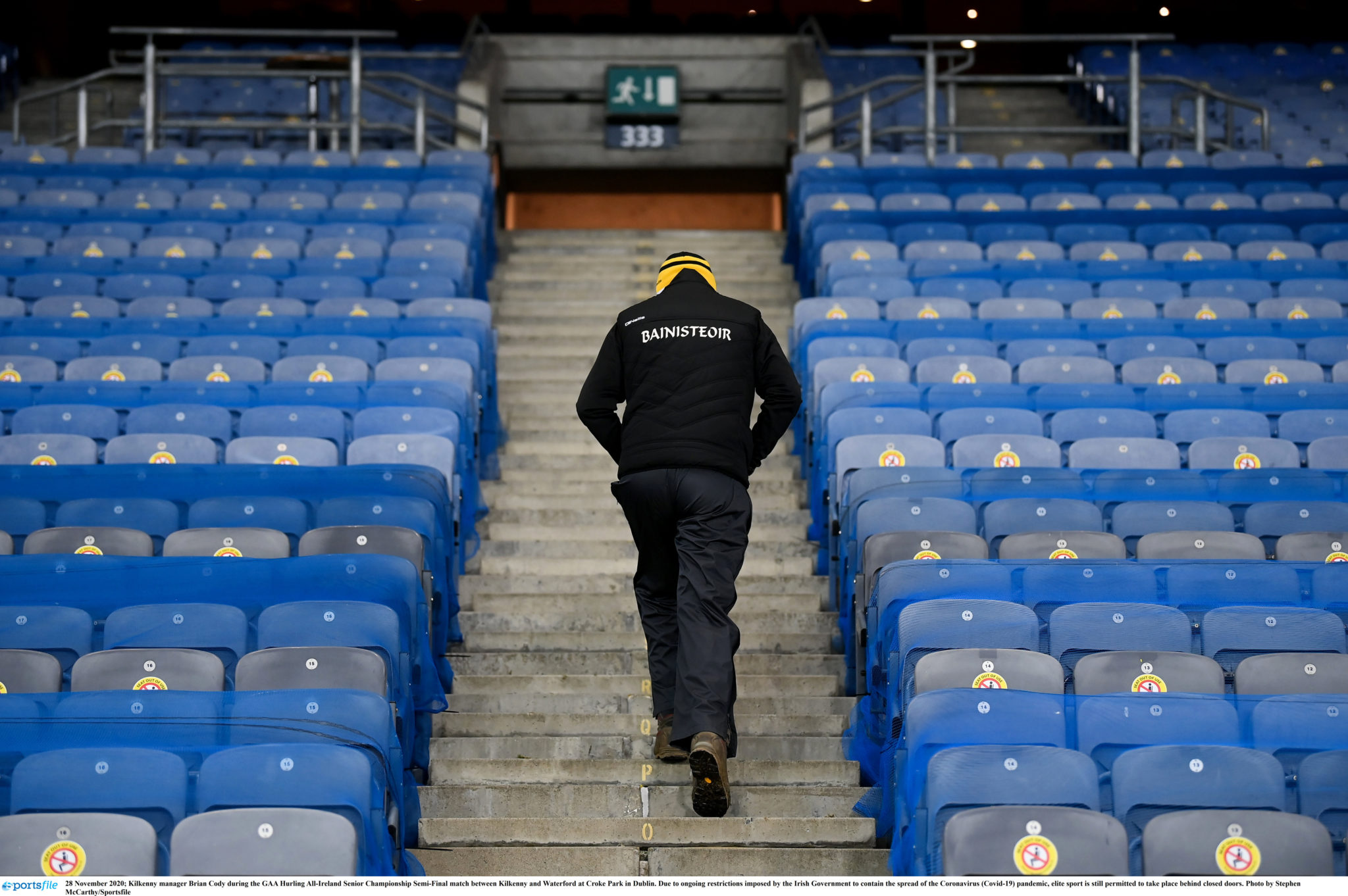 11-time All-Ireland winning manager Brian Cody heads into his 23rd campaign with Kilkenny and Waterford legend John Mullane thinks they'd be "absolutely bonkers" not to want him to stay in charge.

“The personnel are just not there, he doesn’t have the personnel that he had before," Mullane told the Irish Independent. "What he’s after doing in his last few campaigns, winning a National League, beating Limerick in 2019 and winning Leinster last year, they are incredible achievements.

“Maybe expectation levels need to be lowered in Kilkenny, they’re coming off an unbelievable era under Cody and maybe expectations are there that they should be winning All-Irelands every two or three years."

Verney says there's mixed opinions in Kilkenny about whether Cody remains the correct manager for the team.

"We've seen with long serving managers before, be it Sean Boylan or Micky Harte, regardless of the extraordinary success which they've had, those two reigns didn't end in the way they would have liked it to have ended.

"There are some people in Kilkenny who think that something similar could happen with Cody. They're probably lacking the squad depth of Limerick, Tipperary and Galway bu they're still more than capable of producing a big knock-out punch.

"Whether they can they produce those performances in succession and win an All-Ireland, I'm not so sure. For me, Cody has probably overachieved in recent seasons.

"Some of his achievements were in the last three years, winning a hurling league title in 2018, beating Limerick with one of the best performances we've seen and winning a Leinster against the head last year. Doing that without the same personnel he had to work with in the golden era.

"There's a reliance on Reid and on Richie Hogan when he's fit. Colin Fennelly is not there and him not being there, regardless of why he's not there, people will read into that. From talking to people on the ground, it's probably not far off 50/50 in terms of whether Cody should still be involved."

'Life goes on, you have to drive on' | Cody reflects as Kilkenny bow out

Kilkenny and Cork reveal their All Ireland semi-final sides