A US Congressman says America has 'to be very careful', after outgoing President Donald Trump was...

A US Congressman says America has 'to be very careful', after outgoing President Donald Trump was banned from several social media platforms.

Congressman Richard Neal represents the first district of Massachusetts in the US House of Representatives - and is also chairman of the Ways and Means Committee, as well as the Friends of Ireland Caucus.

It comes a day after outgoing US President Donald Trump became the first US president to be impeached twice, after he was charged with inciting an insurrection following the deadly riots at the US Capitol Building on January 6th.

He was impeached by 232 votes to 197, with 10 members of his own Republican Party joining the Democrats in the vote.

Mr Trump was also banned from most social media following the riots - including Twitter which said it was due to the "risk of further incitement of violence".

Congressman Neal told The Hard Shoulder he was not surprised by the riots "and I also would say that this has gone on for a long period of time in America".

But he said outgoing President Trump used Twitter to his advantage. 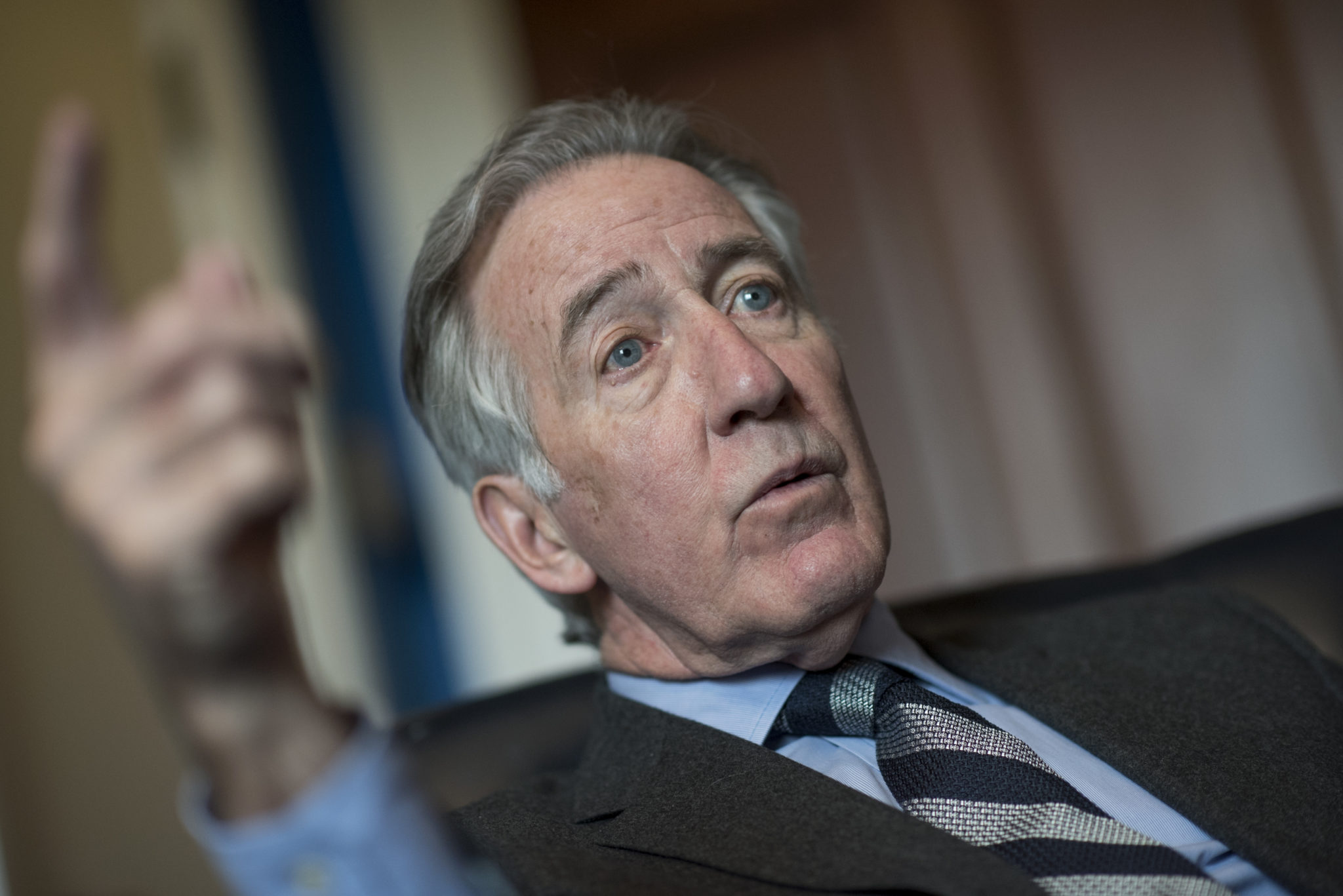 "I think that the President understood the vehicle of Twitter, and it quickly could arouse passions.

"And I think that his ability to communicate with people directly - as he said 'I don't need a filter' - and he surprised, if not stunned, everybody literally in his first day or so in office when all of a sudden he started tweeting out these messages".

But he added: "The genius of our first amendment is that it guarantees a second opinion.

"And I think that we need to be very careful as we go down any pathway that would jeopardise what we believe has been this liberty-ensconced notion of our constitutional protections."

"I think that many of these platforms have become indeed very, very reckless - what to do about them, I'm not so sure."

"There are many of these groups, and it dates back in some cases decades, where some of these campaigns that have been run: they're reckless, they're chaotic and they're irresponsible".

"I think that social media amplifies conflict, I think that more and more media have gone to 'choose a side' journalism, and I think that these groups have all figured out how to get their message out as they recruit".

He said irresponsible media outlets are reinforcing this narrative.

"It's my understanding that when they send out a message on social media that they can recruit hundreds, if not thousands of people, within a matter of minutes - who sit and listen to this vile castigation everyday of representative democracy here in America.

"My own sense is it's a recklessness that's been reinforced by these irresponsible outlets, and confirmed by people who now tune in to news that agrees with them rather than vice-versa". 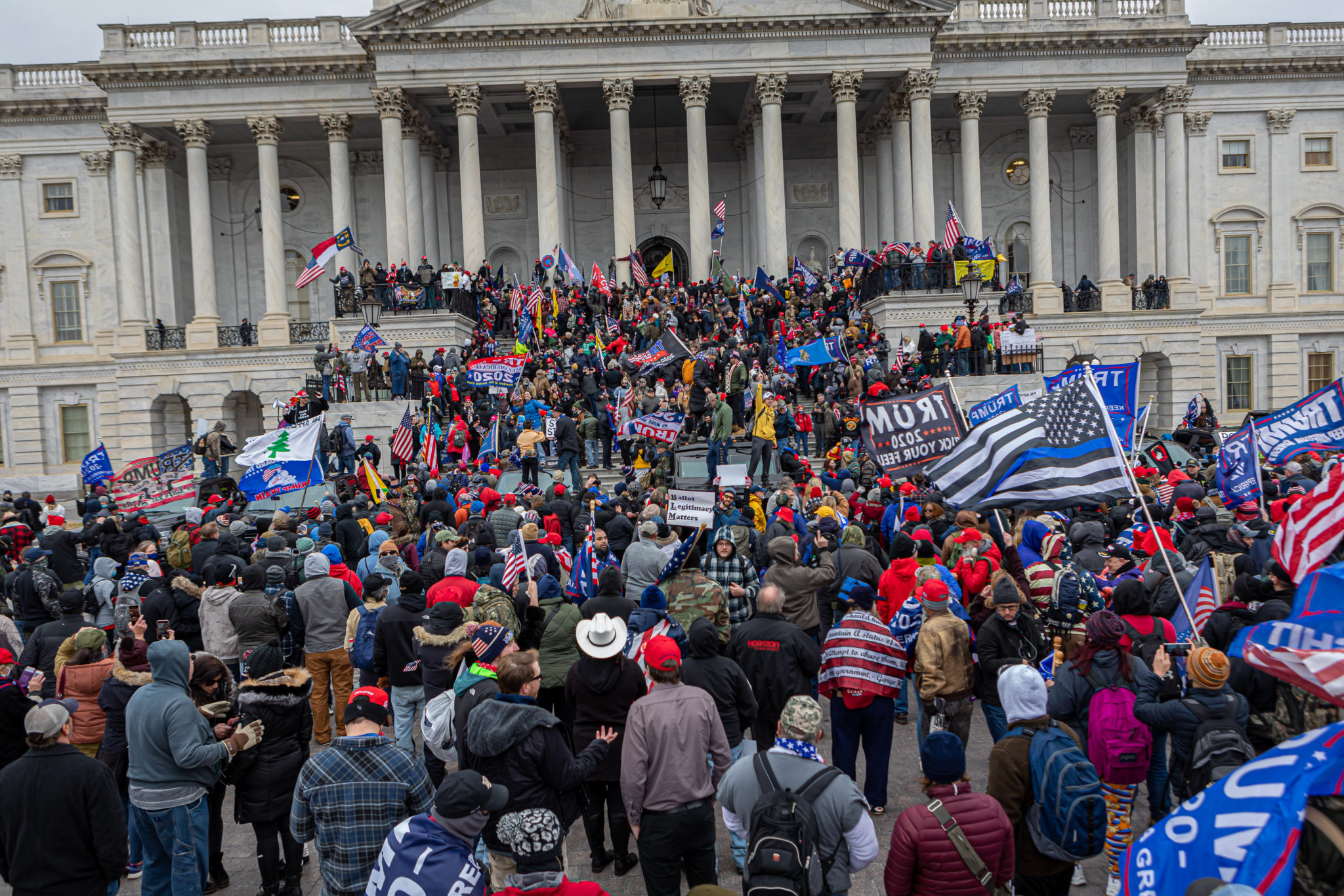 Pro-Trump supporters outside the US Capitol Building on January 6th 2021. Picture by: Michael Nigro/SIPA USA/PA Images

On the riots themselves, he said was alerted to the situation as he was speaking on the phone to Britain's Secretary of State for Northern Ireland about the Irish border and Brexit.

"I all of a sudden said to him I'm getting hand signals from my staff that there's a tumultuous crowd outside that is trying to come up the stairs."

"And sure enough they did come up the stairs, and they broke windows in my office and they were marauding through the hallways."

He explained how he, along with five other people, used a table which can sit up to 18 people and put it against the door to his office.

"We put chairs against the windows, and the Capitol Police that were there with us - three of them - they drew their guns.

"It was very unsettling for all of us, it was an experience I hope I'll never have again - and it represented the most serious assault on the Capitol itself since the Brits burned the Capitol in the War of 1812".

But he added: "We went back into that chamber that evening and cast our votes on the basis of re-affirming the election of Joe Biden."

Main image: In this photo illustration, a 'Permanent suspension of @realDonaldTrump' message seen on a Twitter website in front of a mobile phone with a Twitter logo. Picture by: SOPA Images/SIPA USA/PA Images