Two people have reportedly died as Venice was hit by its highest tide in more than 50 years, leav...

Two people have reportedly died as Venice was hit by its highest tide in more than 50 years, leaving much of the Italian city under water.

The flooding was the second highest in the Italian city's history - with Mayor Luigi Brugnaro blaming climate change. 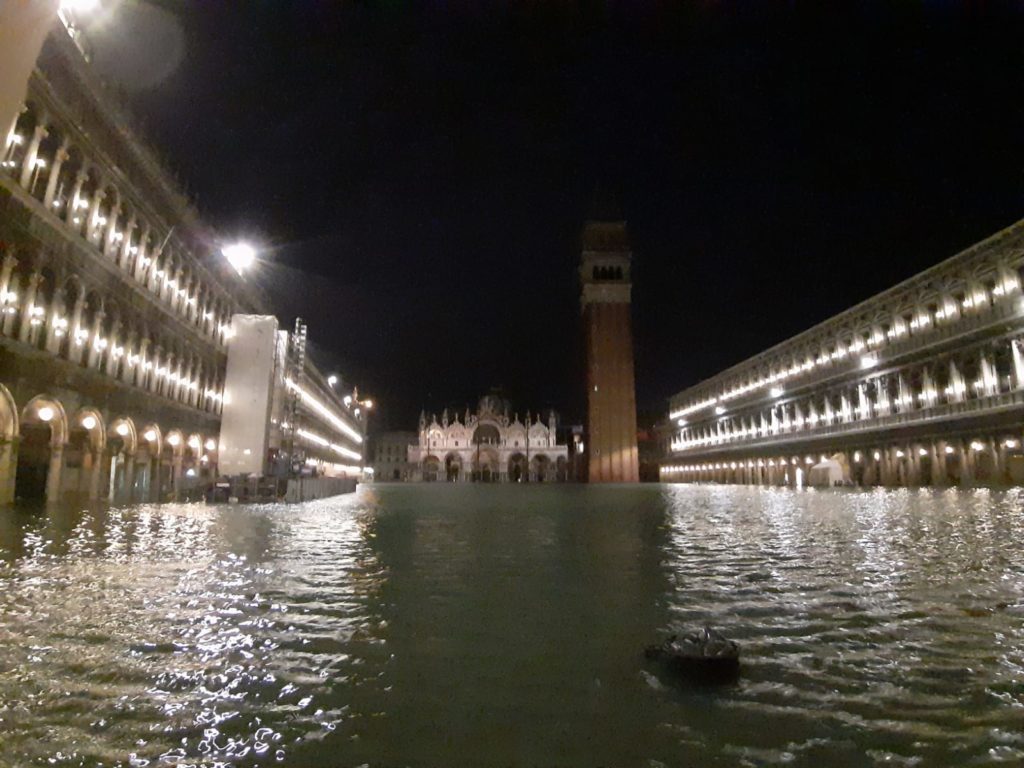 A flooded St Mark's Square in Venice, Italy | Image via @LuigiBrugnaro on Twitter

The high water submerged the city's historic squares and alleyways, including some of the favourite tourist spots such as St Mark's Square.

A man in his 70s died on the barrier island of Pellestrina after being electrocuted, and another person died on the same island - though the cause was unknown, the Italian news agency ANSA and other reports said. 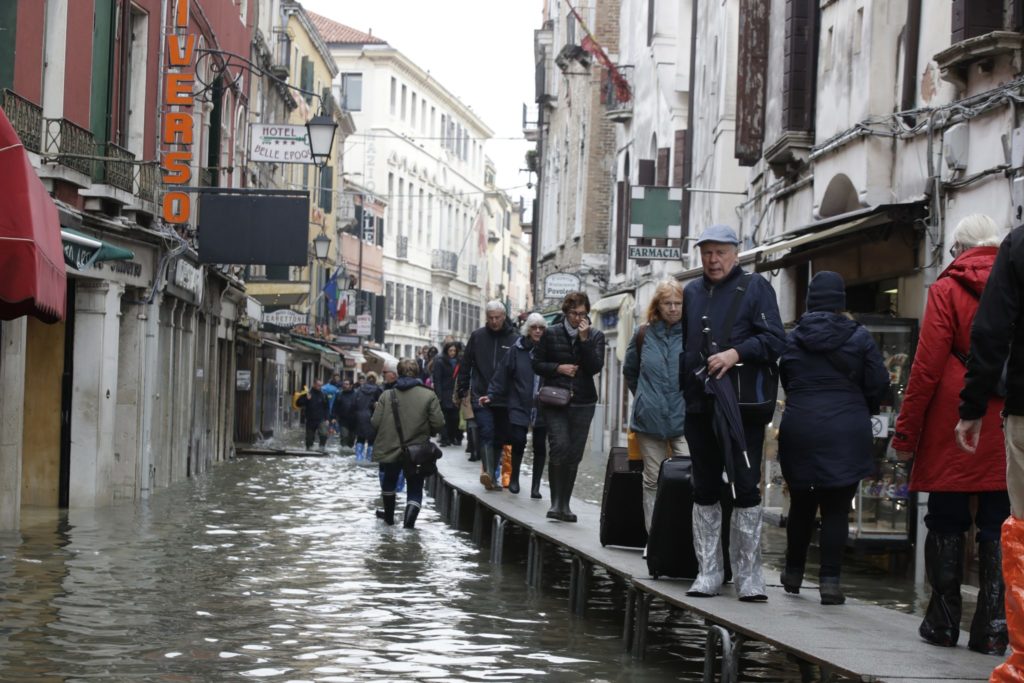 St Mark's Basilica, parts of which date to the 11th century, was flooded, with an official even pointing to a risk of collapse during the worst of the flooding.

"We were on the verge of the apocalypse", said Pierpaolo Campostrini, a member of St Mark's Council.

"The water could have imperilled the columns that hold up the basilica," he was quoted as saying by Italian newspaper Corriere della Sera. 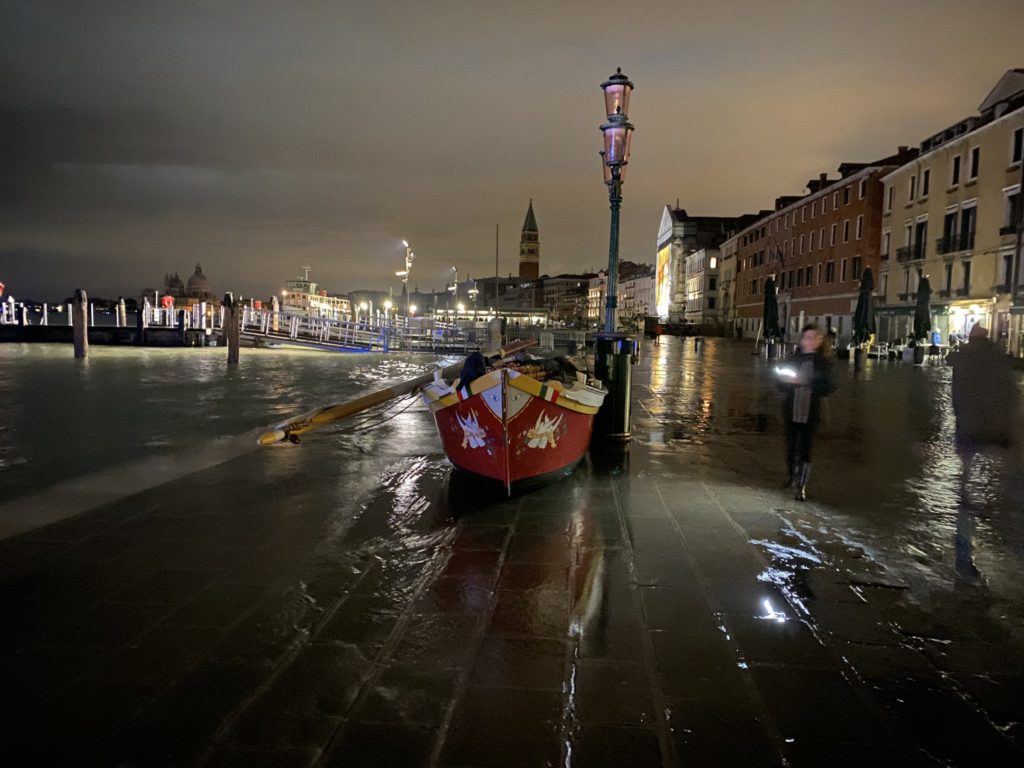 Visitors were forced to make their way along temporary platforms above the water, while others donned wet weather gear and sloshed through the floods.

Cafés, stores and other businesses were inundated by high water and nursery schools were closed as a precaution.

St Mark's Square had more than a metre (3.3ft) of water and Saint Mark's Basilica was flooded for only the sixth time in 1,200 years - four of those being in the last two decades. 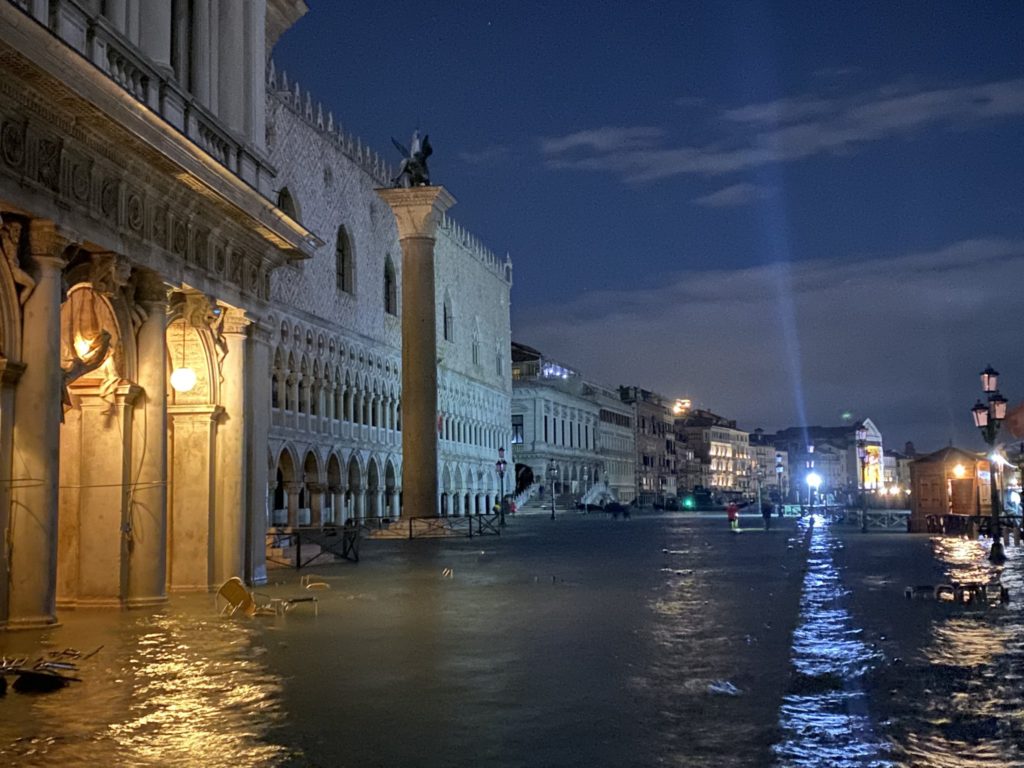 The Department of Foreign Affairs has updated its travel advice for Italy as a result.

It says: "Following extreme overnight rainfall in Venice and the surrounding areas, water levels (in both canals and the sea) have risen significantly.

"As a result, those intending to visit Venice and the surrounding islands may encounter serious difficulties in accessing transport, accommodation and other services.

"The embassy advises all those intending to travel to this area to make contact with their accommodation and transport providers to seek information on safety and accessibility."

It is advising citizens to follow the instructions of local authorities and ensure that it is safe to travel before setting out.

Those currently in Venice or the surrounding islands are advised to make contact with local authorities to get instructions specific to their individual case.

Information may also be available from their accommodation provider.

???? We have updated the @dfatirl #traveladvice for #Italy due to the #floods in #Venice: https://t.co/UMpDlfmsxF. To get all our #traveltips to your pocket, download our free #TravelWise app now: https://t.co/Y2p0zSPGYK #veniceflood @IrlEmbRome

The extent of damage to the historical church is not clear but when it last flooded in 2018, its administrator said it had aged 20 years in a single day.

Mayor Brugnaro called for the state of emergency to be declared, and the Italian Prime Minister Giuseppe Conte said he would visit the city to assess the damage first-hand.

He said: "The situation is dramatic. We ask the government to help us. The cost will be high.

"This is the result of climate change. A high tide of 187 cm is going to leave an indelible wound." 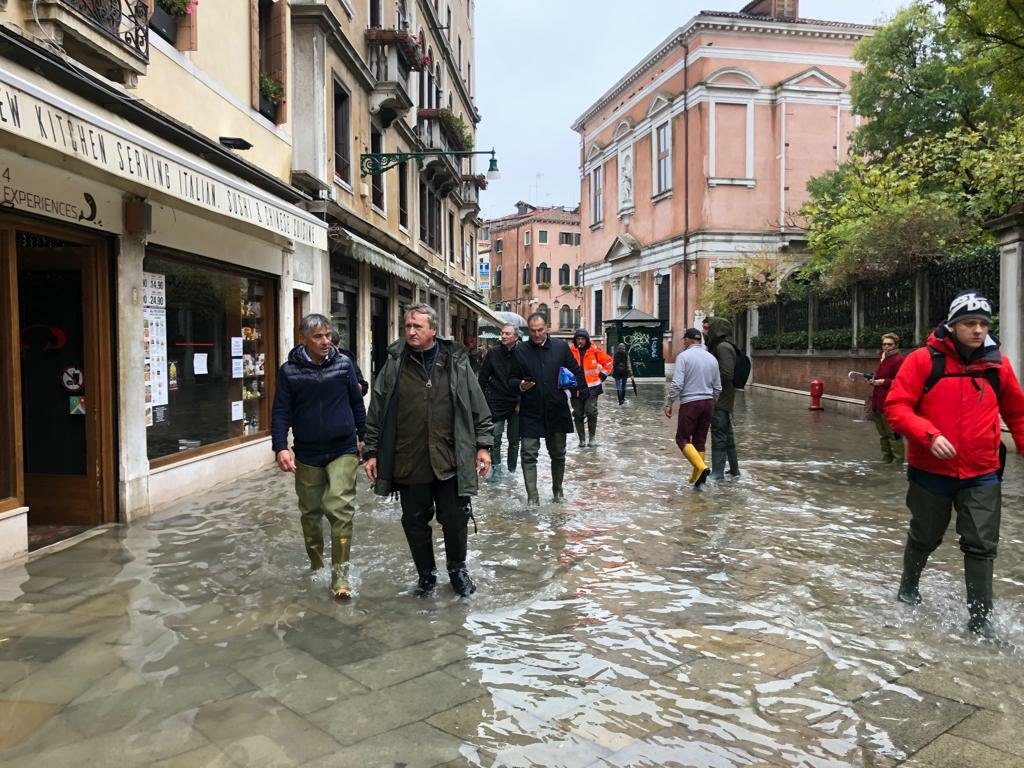 He also said schools would be closed in the area.

"It will be a long night", he added in a tweet.

The high water is known locally as "acqua alta" but even low levels take their toll - eroding the foundations of buildings in the lagoon city.