The use of chemical weapons by Russia could lead to a NATO response that has the potential to tri...

The use of chemical weapons by Russia could lead to a NATO response that has the potential to trigger World War Three, a security expert has warned.

Earlier in the week US President Joe Biden said there were “clear signs” that the Kremlin was considering their use as the Russian Armed Forces continue to encounter fierce resistance from Ukrainians.

“His back is against the wall and now he is talking about new false flags he is setting up,” President Biden said.

“Including asserting that we in America have biological as well as chemical weapons in Europe – simply not true. That is a clear sign he is considering using both of those.”

Dr Nick Ritchie, senior lecturer in International Security at the University of York, told Newstalk Breakfast this would likely cause NATO leaders to intervene directly in the conflict:

“If the Russian Armed Forces did decide to use a chemical agent or even military chemical weapons in some form then the response from NATO forces would likely be a targeted conventional response to those Russian forces that had used the chemical weapons,” Dr Ritchie explained.

“So I imagine that would be the limit of the initial response.”

Listen and subscribe to Newstalk Breakfast on Apple Podcasts, Google Podcasts and Spotify.

He continued that this could quickly escalate into a World War Three type scenario in which Russia and the NATO military alliance are at war with each other:

“Conflicts can escalate very, very quickly and can escalate out of the control of the participants but not necessarily,” Dr Ritchie continued.

“Both Joe Biden, the NATO leadership and Vladimir Putin will want to avoid a major conflagration of war and violence spreading out of Ukraine and into Europe more broadly.

“And certainly no one in this conflict wants to see this escalate to the use of nuclear weapons and World War Three scenario.

“So no one is pushing for this.

"How it could unfold is through escalatory steps to which each side feels they must respond and feel that they can control the extent of the escalation but you can move fairly rapidly up through an escalatory ladder to a level of conflict that days or weeks previously neither side imagined they would find themselves at.

“So there’s always that risk. I think once NATO gets directly, military involved in this conflict, that’s a real escalatory step.

“But at the same time, if Putin decided to use chemical weapons or chemical agents or biological weapons or even tactical nuclear weapons, then that would be such an escalatory step that it’s very difficult to see NATO not then getting involved directly.” 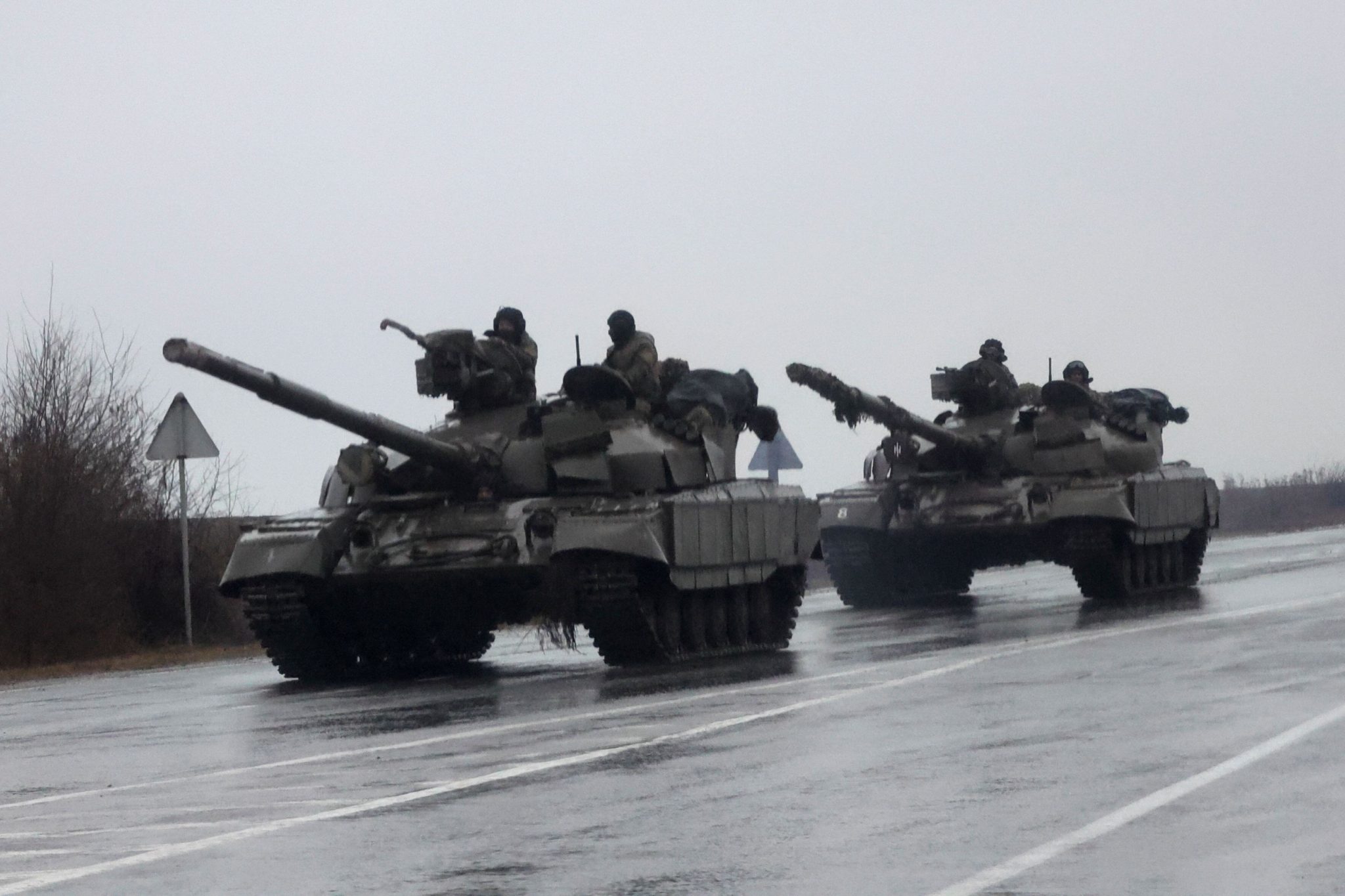 NATO leaders have thus far been very cautious about intervening directly in the conflict; amid calls from Ukrainians for a no fly zone over their country, British Prime Minister Boris Johnson rejected the idea of the grounds that the consequences “would be very difficult to control”:

“I am acutely conscious that there is not enough we can do as the UK Government to help in the way that you want and I have got to be honest about that,” he said.

“You talk about the no-fly zone and as I said to Volodymyr Zelenskyy, I think, a couple of times, unfortunately the implication of that is that the UK would be engaged in shooting down Russian planes and would be engaged in direct combat with Russia.

“That is not something we can do, or we have envisaged. I think the consequences of that would be very difficult to control.”