US Senators have voted to acquit US President Donald Trump following his impeachment trial. The S...

US Senators have voted to acquit US President Donald Trump following his impeachment trial.

The Senate, which is controlled by a Republican Party majority, held their final votes on Wednesday.

Senators voted publicly by 'roll-call' - meaning they each spoke and said 'guilty' or 'not guilty'.

Mr Trump was acquitted on both counts of abuse of power and obstruction of the US Congress, with the vote falling almost entirely along party lines.

Senators voted 48 'guilty' to 52 'not guilty' on the abuse of power charge - with Republican Senator Mitt Romney breaking party ranks to vote with Democrats for a conviction.

Shortly after, senators voted 47-53 on the charge of obstruction.

Mr Trump's impeachment would have required a two-thirds majority in the chamber.

Following the vote, Senate Majority Leader Mitch McConnell said: "The architects of this impeachment claimed they were defending norms and traditions. In reality, it was an assault on both."

Chuck Schumer, the top Senate Democrat, said: "No doubt, the president will boast he received total exoneration. But we know better. We know this wasn't a trial by any stretch of the definition."

Mr Trump himself said he would make a statement on Thursday afternoon following the Senate votes.

One dissenting voice from within his own party was Senator Mitt Romney.

He had earlier said that he would vote in favour of impeaching Mr Trump - and voted 'guilty' on the abuse of power charge.

He said: "Corrupting an election to keep oneself in office is perhaps the most abusive and destructive violation of one's oath of office that I can imagine. 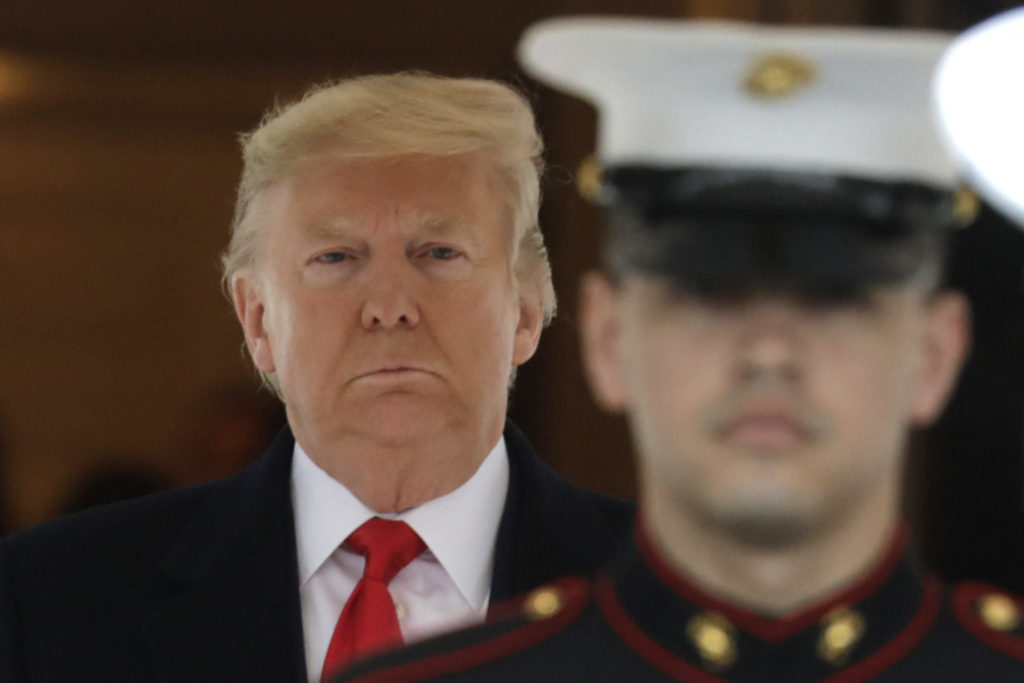 "In the last several weeks I've received numerous calls and texts, many demanding that I stand with the team. I can assure you that thought has been very much in mind. You see, I support a great deal of what the president has done.

"I voted with him 80% of the time but my promise before God to apply impartial justice required that I put my personal feelings and political biases aside.

"Were I to ignore the evidence that has been presented and disregard what I believe my oath and the constitution demands of me for the sake of a partisan end it would, I fear, expose my character to history's rebuke and the centre of my own conscience."

The Utah Republican Party also criticised the State senator, while Donald Trump Jr called for Mr Romney to be expelled from the Republican party over the vote.

The Utah Republican Party is pleased to see President Trump completely acquitted by the United States Senate. We appreciate the service rendered to our state by Utah’s two senators. As a party, we strongly disagree with the vote cast today by Senator Romney.

Democrats unveiled the impeachment charges back in December.

The accusation was that Mr Trump attempted to pressure Ukraine into investigating a political rival - Democrat Joe Biden - by withholding military aid.

Mr Trump became the third US president to face a Senate trial, following on from Andrew Johnson and Bill Clinton.

In the call, Mr Trump raised unsubstantiated allegations that Mr Biden, the former US vice president and Democrat candidate in the 2020 election, sought to interfere with a Ukrainian prosecutor's investigation of his son Hunter. 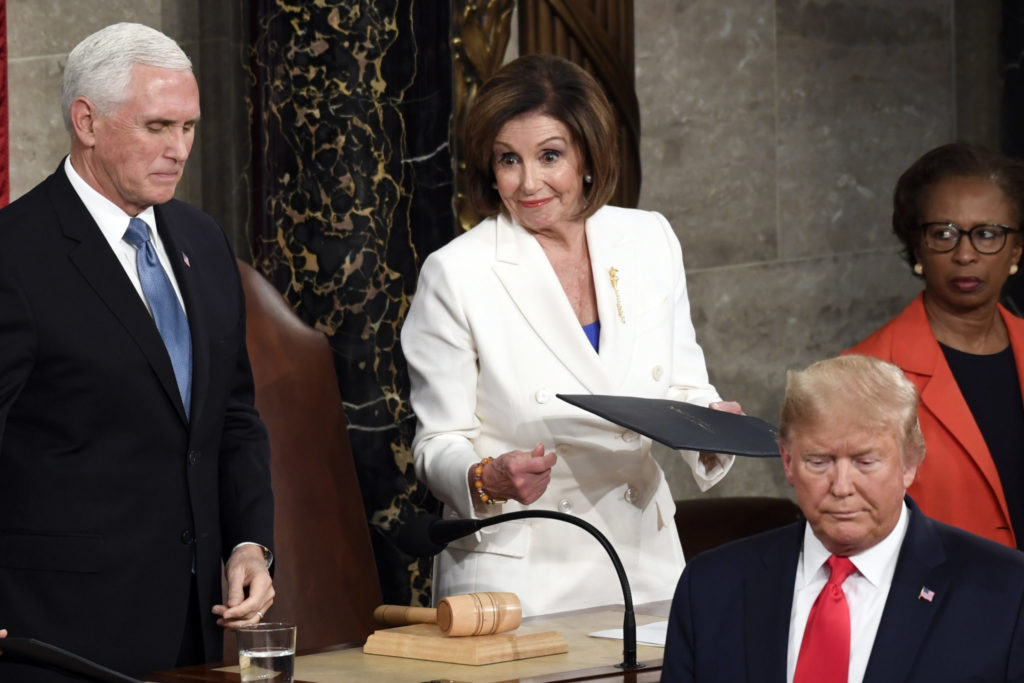 US House Speaker Nancy Pelosi gestures after US President Donald Trump seemingly refused to shake her hand ahead of his State of the Union address to a joint session of US Congress on Capitol Hill in Washington DC | Image: Susan Walsh/AP/Press Association Images

"There's a lot of talk about Biden's son, that Biden stopped the prosecution and a lot of people want to find out about that so whatever you can do with the Attorney General would be great," Mr Trump said to Mr Zelenskiy.

"Biden went around bragging that he stopped the prosecution so if you can look into it ... It sounds horrible to me."

Mr Trump dismissed the release of the rough transcript as routine, but Democrats claimed it laid the ground for the impeachment inquiry.

The trial has led to increasingly public furore between the two main US parties.

This seemed to come to a head during Mr Trump's State of the Union address on Tuesday.

The event was dominated by public displays of hostility between Mr Trump and House Speaker Nancy Pelosi.

In an apparent snub, Mr Trump refused to shake the Democratic leader's hand ahead of his address before a joint session of US Congress.

Ms Pelosi, meanwhile, was captured on camera ripping up her copy of the address after Mr Trump had finished delivering it.

Reacting to the address, she criticised it as a "manifesto of mistruths".

.@SpeakerPelosi tears up of State of the Union speech.#SOTU #SOTU2020 pic.twitter.com/sIpi4G7KsL

Pete Buttigieg drops out of US Democratic presidential race