US election: Broadcasters cut away from Donald Trump after 'rigged' result claims

Several US news networks stopped broadcasting a speech by US President Donald Trump on Thursday, ...

US election: Broadcasters cut away from Donald Trump after 'rigged' result claims

Several US news networks stopped broadcasting a speech by US President Donald Trump on Thursday, after he doubled down on unsubstantiated claims his political opponents are trying to 'rig' and 'steal' the election.

In his first public appearance for 36 hours, he said "we can't allow anyone to silence our voters and manufacture results" - but declined to offer any evidence for his allegations of corruption and wide-scale ballot tampering.

He insisted during a White House speech that "if you count the legal votes, I easily win", despite no victor having been announced yet and Joe Biden leading in both the Electoral College and the popular vote.

Several US news networks stopped broadcasting his address after he shared unfounded claims of fraud in states where Mr Biden is eating into his lead.

ABC, NBC, MSNBC, CBS and USA Today were among the broadcasters who cut away from the event before it finished.

Mr Trump has also seen several of his tweets - including a number relating to this speech - flagged as being 'disputed' or potentially misleading by Twitter.

Earlier, Mr Biden declared "each ballot must be counted" and urged people to "stay calm" because "the process is working".

He said he felt "very good about where we stand", adding he had "no doubt" he will be declared the winner.

It comes as five nail-biting races in battleground states remain too close to call after many hours of counting. 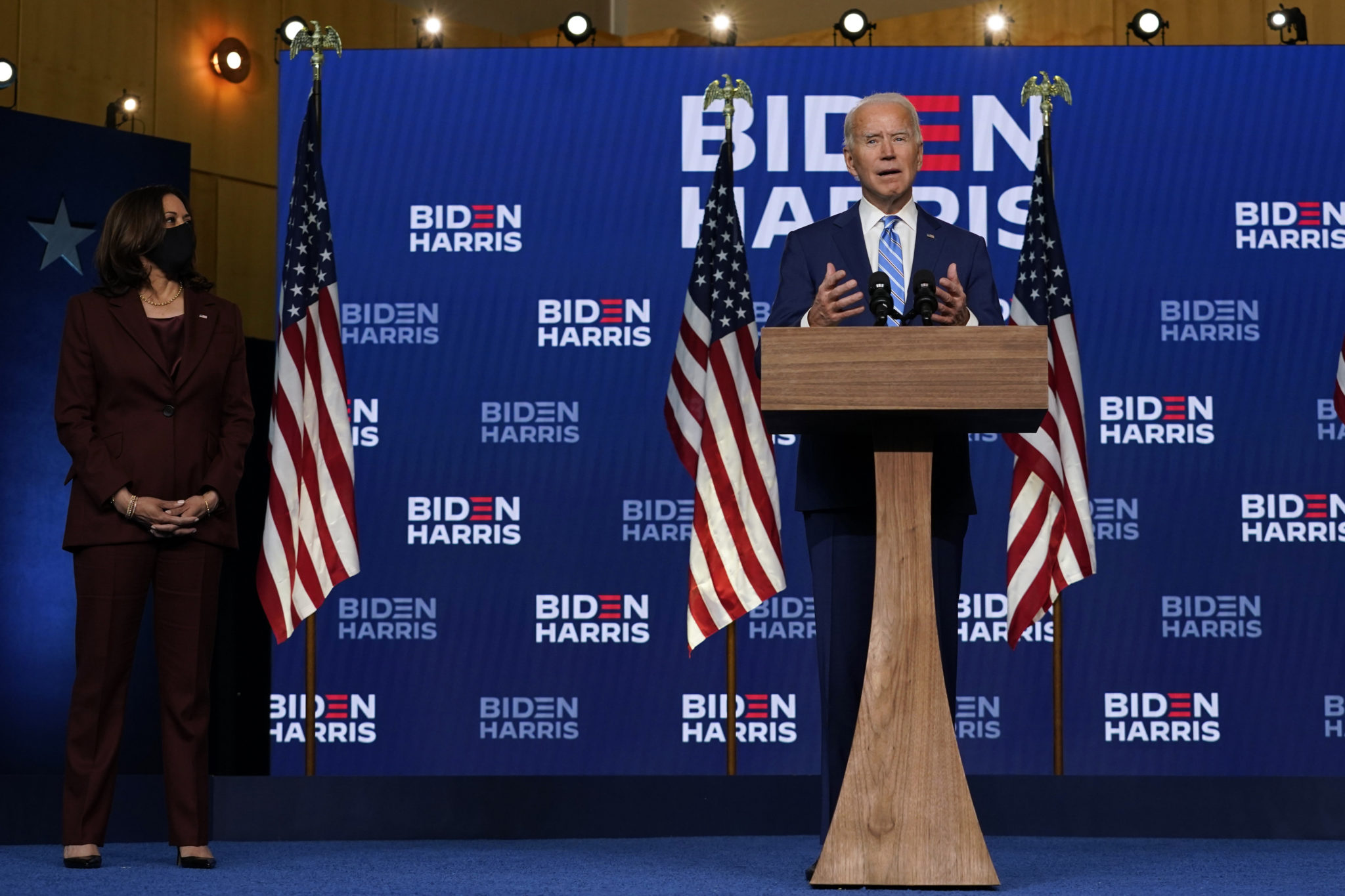 Mr Biden is just 17 electoral college votes short of the 270 either candidate needs to clinch the White House.

If he takes Pennsylvania, where Mr Trump is ahead but seeing his lead gradually shrink, that would give Mr Biden 20 more and push him over the line.

If he fails to flip the key state from red to blue, then the remaining races in Georgia, Arizona, North Carolina and Nevada will make for an even tighter finale.

On election night, Mr Trump claimed victory before key results had been announced and accused his political opponents of a "fraud on the American public" without providing any evidence, demanding counts in four states to cease.

Despite his campaign being pressed repeatedly for proof to verify those accounts, Mr Trump offered none - only vowing: "It's going to end up perhaps at the highest court in the land."

But Mr Biden's team hit back, calling the intervention "desperate, baseless and a sure sign he's losing."

The president has launched legal action in several states in a bid to halt counting, but already had one bid denied in Michigan.

In Nevada, more results are not expected until Friday.

And in Pennsylvania, secretary of state Kathy Boockvar said "the overwhelming majority of ballots will be counted by Friday".

She also denied there was any evidence of voter fraud apart from one case of a man trying to get a ballot for a deceased relative that was discovered several weeks ago.

A final result in the US presidential election is taking some time partly because of the huge numbers of voters who cast their ballot by post due to the coronavirus, and also because the margins in some states are still razor-thin.