A lack of safe water is far deadlier for children than bullets, a new UNICEF report has found. It...

A lack of safe water is far deadlier for children than bullets, a new UNICEF report has found.

It examined more than a dozen conflict-affected countries to coincide with World Water Day on Friday.

The 16-nation study into how water supplies effect children caught up in emergencies also showed that children under-five are on average more than 20-times more likely to die from illnesses linked to unsafe water, and bad sanitation, than from conflict.

UNICEF executive director Henrietta Fore said: "The odds are already stacked against children living through prolonged conflicts - with many unable to reach a safe water source.

"The reality is that there are more children who die from lack of access to safe water than by bullets."

According to the report, every year 85,700 children under-15 die from diarrhoea linked to unsafe water, sanitation and hygiene facilities - compared with 30,900 from conflict. 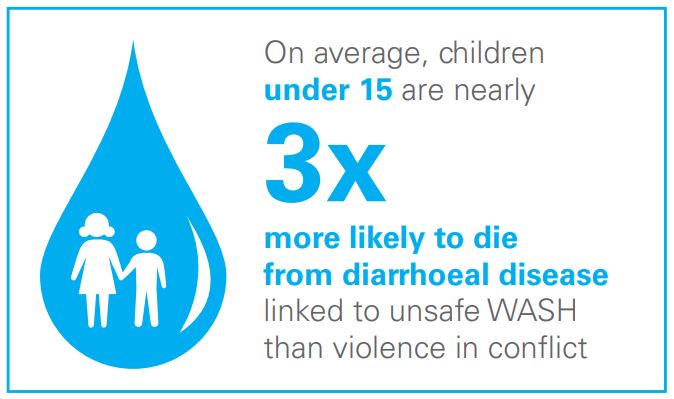 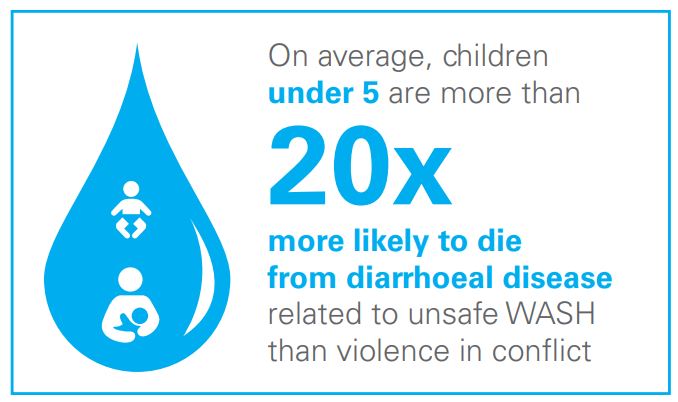 Some 72,000 under-fives die annually from similar illnesses linked to access problems, compared to 3,400 from war-related violence.

On average, estimates were higher for diarrhoeal disease than violence in under 15-year-olds - except in Libya, Iraq and Syria.

The UN agency said that more countries are now embroiled in conflict internally and internationally than at any time in the past 30 years. 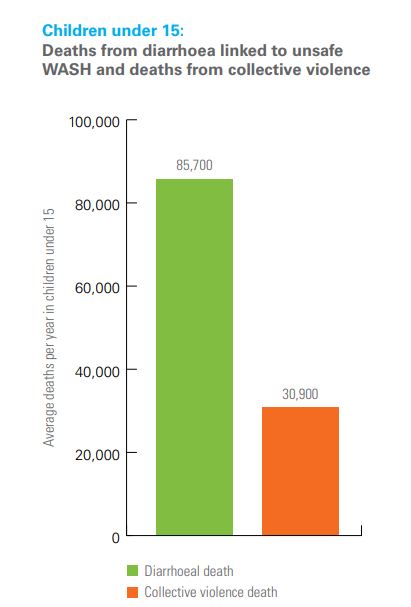 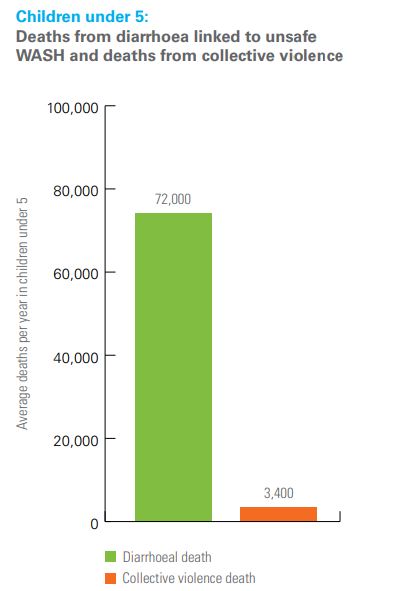 It highlighted the fact that children "are always among the most vulnerable" and face a multitude of threats linked to a lack of safe water, sanitation and hygiene services.

These included malnutrition and preventable diseases such as diarrhoea, typhoid, cholera and polio.

Girls are particularly affected, UNICEF said, warning that they face becoming victims of sexual violence as they collect water, or venture out to use latrines.

They also struggle to manage menstrual hygiene and miss lessons during menstruation if their schools have no suitable water and sanitation facilities.

Another consequence of armed conflict is limited access to essential equipment and consumables, such as fuel or chlorine.

As an example of the dangers faced, during a water crisis in Aleppo in the summer of 2015, three children were killed as they collected water for their families, the report noted.

In 2018, UNICEF provided 35.3 million people with access to safe water for drinking, cooking and personal hygiene.