A new report has found that over half of domestic waste water treatment systems (DWWTS) failed inspection last year.

The systems are used by householders to treat sewage - with 500,000 in Ireland, mostly septic tanks.

The Environmental Protection Agency (EPA) also says that more than one-quarter were a risk to human health or the environment.

However three-quarters of systems that failed have since been fixed. 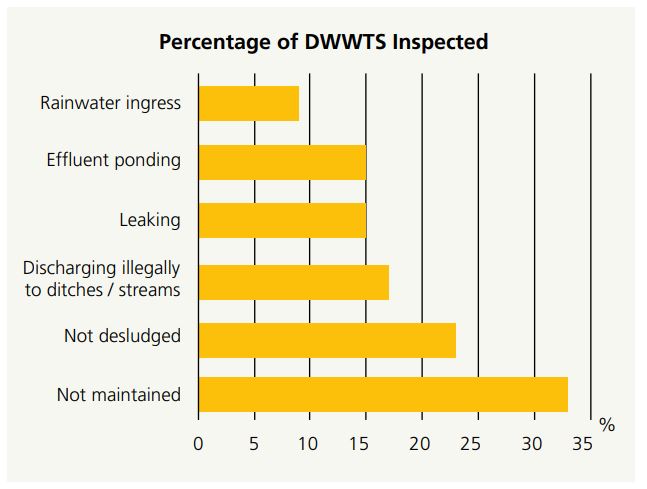 Reasons for DWWTS failures in 2021 (an individual DWWTS can fail for multiple reasons). Source: EPA

DWWTS can contaminate household wells with harmful bacteria and viruses if not built and operated properly.

While excessive releases of nitrogen and phosphorus can cause pollution in rivers and other waters. 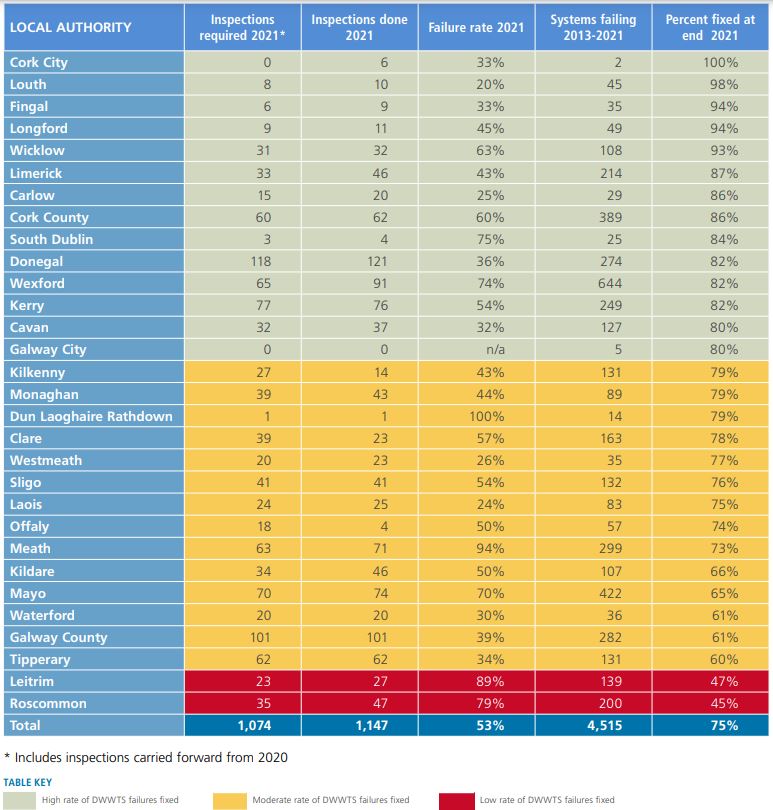 Local authorities inspect over 1,000 systems each year under a National Inspection Plan - completing 1,147 such inspections in 2021.

This also requires increased enforcement by the authorities to resolve failed systems.

However Clare, Offaly, Kilkenny and Kerry County Councils did not complete their full allocation last year. 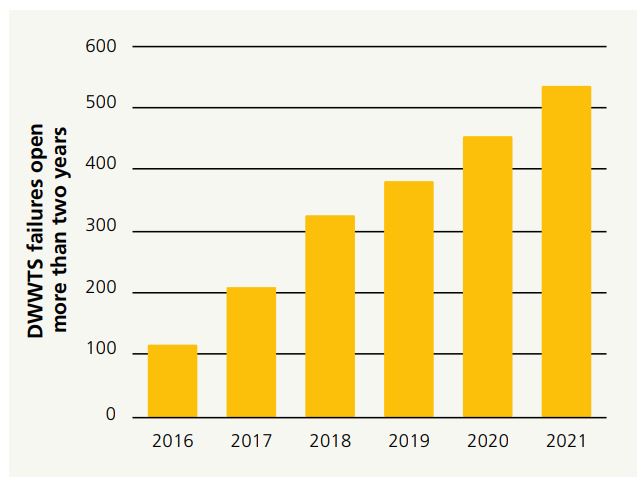 But they have reported they will make this up in 2022.

And it says the resolution of failed systems in Roscommon and Leitrim is "particularly low" and needs to be addressed urgently.

Ann Walsh - prospect of bumping into her killer is 'unbearable', says her brother