Head of forecasting, Evelyn Cusack, says they need to stick to certain rules.

She told The Hard Shoulder there are certain names they can't use this year.

"Next week we're going to put the call out for storm names, and the first name starting with 'A' has to be female this year.

"Now we've had Anna before so no Anna's need apply, I'm afraid."

The last time they put out an appeal for names, she says they "got lovely letters from kids - for some reason, parents also want to call their kids after a violent, destructive force of nature." 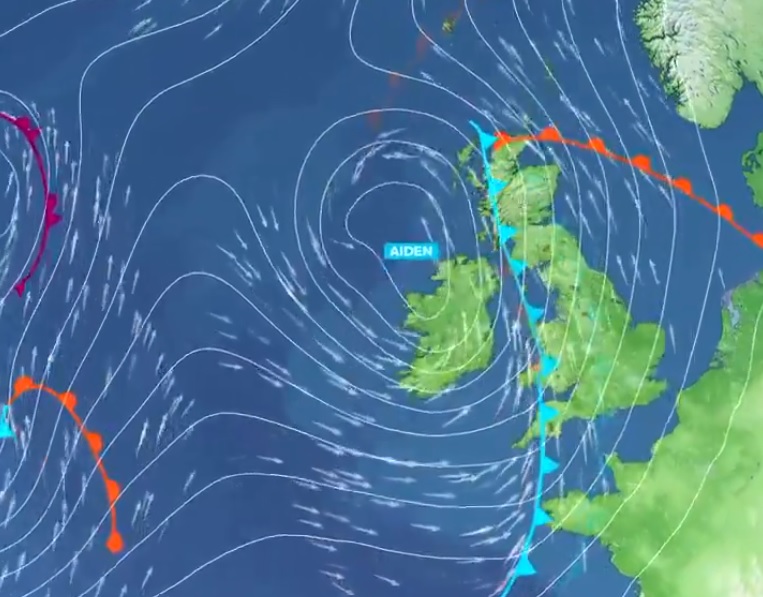 Evelyn explains Ireland is in a naming agreement with other weather providers - but it doesn't always go smoothly.

"Our agreement is that if Météo-France name a storm, and moves up towards Ireland, we will use that name.

"And then if our storm moves up to Norway, I've got an agreement this year that they'll use our name.

"They refused the year before last, because it was called 'Bronagh' and they thought that was a bit quare.

"I'd say the first 10 we'll try and be more country neutral."

Eveleyn says only certain storm systems are given a name.

"For Europe, we will only name a storm or a weather system if it gives us the orange or red impacts over the land.

"There's hundreds of lows or storms out to the west of Ireland that thankfully don't come into us".

In the more immediate future, Evelyn says the coming weekend will '100% not' be sunny.

"It's much more showery over the weekends, so Irish Water needn't worry about draught.

"We're in high summer now, so the sun when it comes out is warm - because the sun heats up your face.

"And burns you, so people cover up; even in Ireland you can burn really badly.

"It's going to be some nice, warm sunshine next week - we'll take that."