Weather forecasts will never be 100% accurate, according to Met Éireann's Evelyn Cusack.

The head of forecasting was speaking on World Meteorological Day.

It marks the coming into force of the convention establishing the World Meteorological Organisation on March 23rd in 1950.

But Evelyn told The Hard Shoulder while technology has improved, it will never get things 100% right.

"But it'll never be perfect because of a mathematical system discovered by Edward Lorenz: chaos.

"And it doesn't mean it's just all crazy - it's a limitation of the system.

"We never know exactly what the weather is like at noon, we just know that approximately - but that doesn't mean we know the future".

And she says fine weather may not mean good weather.

"The main thing is to predict it, and sure that's what World Meteorological Day is all about as well - trying to predict the bad weather.

"And indeed I suppose we would normally consider fine weather good weather.

"But that in turn leads to drought and fires, etc.

"So we're on a knife-edge in the world really, at the moment". 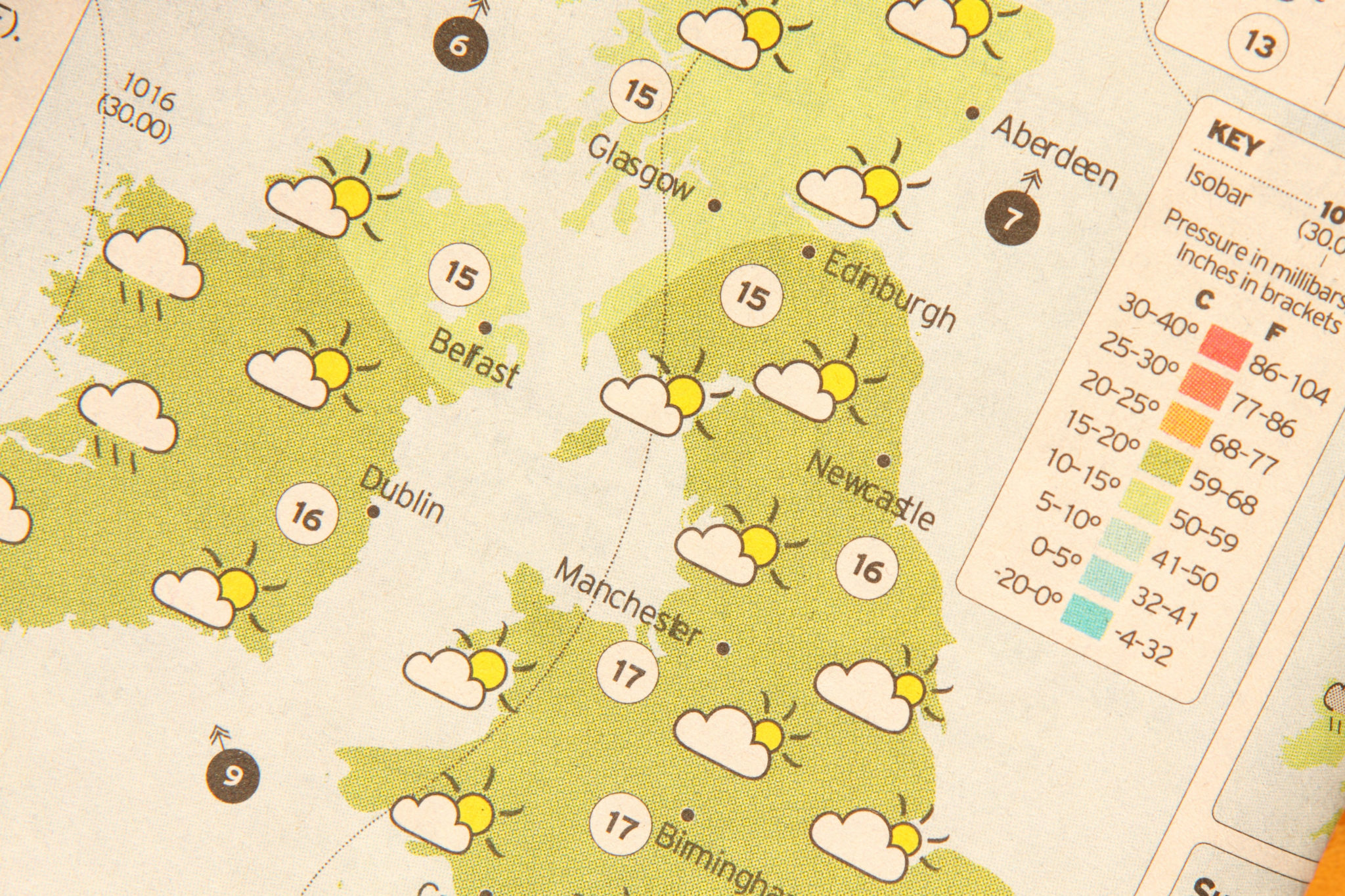 A weather forecast map in a newspaper in September 2011. Picture by: Steven May / Alamy Stock Photo

And she explains Ireland's role in the first weather observation, back in 1859.

"Scientific meteorology can be considered to have started with the transatlantic cable, which was brought from America to our own Valentia Island - it was the internet of its day.

"And the first live weather observation came from Ireland - Valentia - in 1859, believe it or not.

"The first ever weather forecast was published in The Times in London in 1861.

"So going from Morse Code sending in a weather report.... we are now in the era of super, super-duper computers.

"Ten day forecast, monthly forecasts - if the meteorologists then could see it now, they just wouldn't believe it".

However she says the good, warm weather of this week is here to stay.

"It's going to stay fine for the rest of the week, yes. Temperatures up to about 17 or 18 - so that's above average.

"It actually feels quite warm because the sun is getting a little strength now.

"We're well into Spring and the wind is very light - there's no cloud in the sky.

"So the sun actually is heating up your face, literally, so that's why we're feeling warm.

"And there's no wind chill or anything, there's nothing to cool you down.

"So there's actually a bit of heat in the sun, as we say in the country.

"We make the fine weather, Kieran, you know that", she jokes.

Main image: Evelyn Cusack at a meeting of the National Emergency Coordination Group in Dublin in 2017. Picture by: PA Archive/PA Images