Europe has been singled out as the only global region where the risk of monkeypox is high.

It comes as the World Health Orgainsation (WHO) declared the outbreak a public health emergency of international concern on Saturday.

The health body has made several temporary recommendations in light of the decision, including restrictions on international travel.

It says anyone with signs and symptoms of monkeypox virus infection, or subject to health monitoring, should avoid undertaking any travel until they are determined as no longer being a public health risk.

But it says exemptions should be made for those who need to travel for urgent medical care or fleeing life-threatening situations.

It adds that pre-departure arrangements "to ensure the continuity of health monitoring" should be agreed on by national health authorities.

International contact tracing should also be used for people who have developed signs and symptoms of monkeypox during travel or upon return.

With the tools we have right now, we can stop #monkeypox transmission and bring this outbreak under control. It’s essential that all countries work closely with affected communities to adopt measures that protect their health, human rights and dignity.pic.twitter.com/DqyvRtB8w2

"WHO's assessment is that the risk of monkeypox is moderate globally and in all regions, except in the European region where we assess the risk as high.

"There is also a clear risk of further international spread, although the risk of interference with international traffic remains low for the moment.

"So in short, we have an outbreak that has spread around the world rapidly, through new modes of transmission, about which we understand too little and which meets the criteria in the International Health Regulations.

"For all of these reasons, I have decided that the global monkeypox outbreak represents a public health emergency of international concern." 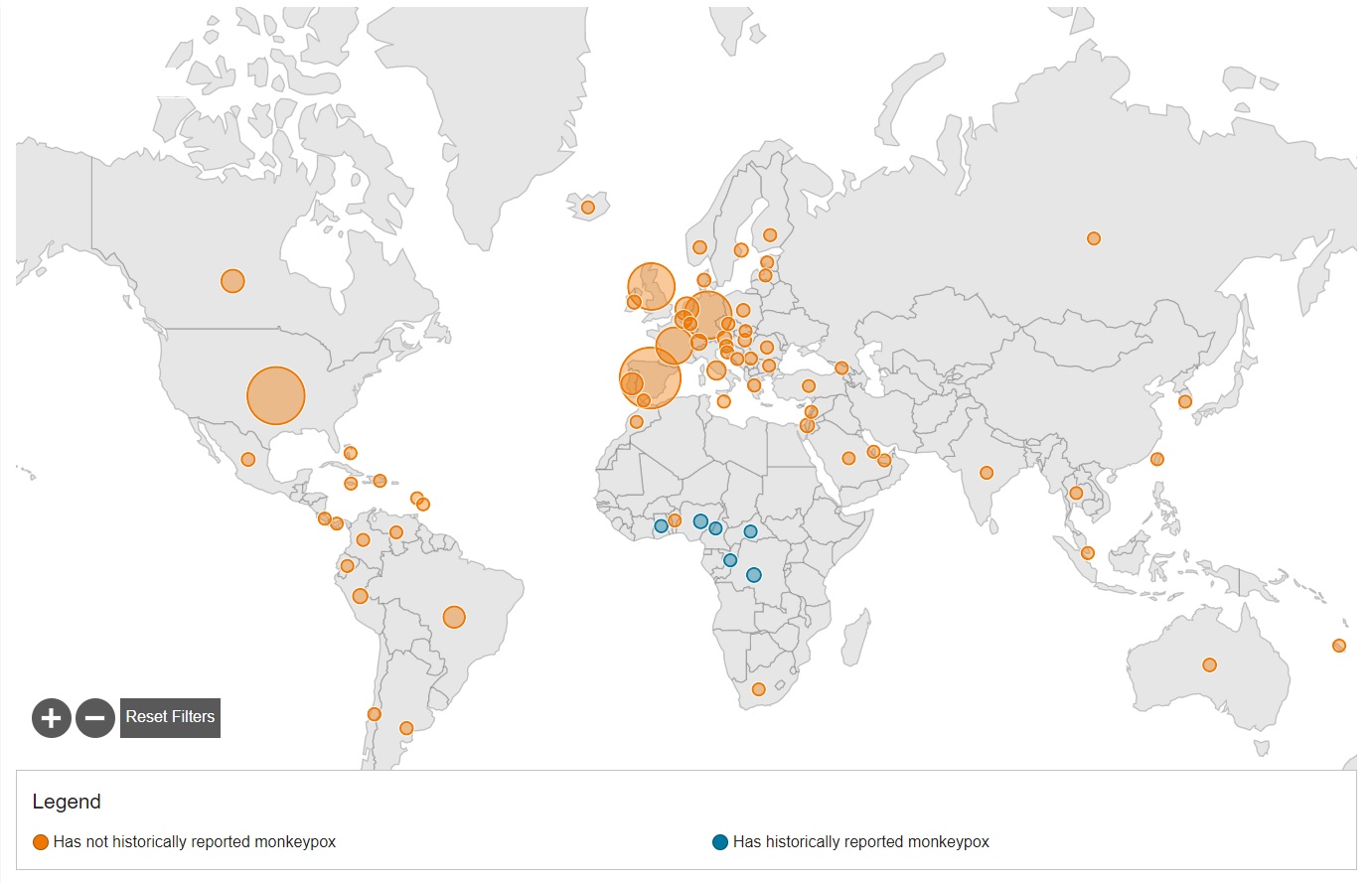 The outbreak has grown to more than 16,000 reported cases from 75 countries and territories - and five deaths.

Latest available data from the HPSC shows it has been notified of 69 confirmed cases of monkeypox in Ireland.

The WHO says transmission is occurring in many countries that had not previously reported cases.

The majority of cases are currently in men, and most of these among those who identified themselves as gay, bisexual and other Men who have Sex with Men (MSM).

It adds that early reports of children affected "include a few with no known epidemiological link to other cases."

There has also been a significant rise in the number of cases in countries in West and Central Africa - with an apparent difference in the demographic profile than that seen in Europe and the Americas: with more women and children among the cases.

First of its kind COVID-19 facility to open at Citywest