The first vice-president of the European Parliament, Mairead McGuinness, has said Nigel Farage has used the body "to kill Europe".

The Irish MEP was speaking after the two had a lively exchange ahead of a vote on the Brexit Withdrawal Agreement.

Brexit Party leader Nigel Farage addressed the parliament in what was one of his final contributions before the UK's exit from the bloc on Friday night.

Waving a miniature Union Jack, Mr Farage said: "I know you're going to miss us, I know you want to ban our national flags... But we're going to wave you goodbye, and we look forward to working in the future to working with you as sovereign..."

As he continued speaking Ms McGuinness cut off his microphone for disobeying parliamentary rules.

Display of banners is banned under the parliament's standards of conduct.

Ms McGuinness said, to applause in the chamber: "Please sit down, resume your seats, put your flags away... you're leaving, and take them with you if you are leaving now."

"The word 'hate' was used in the last contribution - I really think [...] we should not hate anyone, or any nation, or any people."

Speaking to Pat Kenny on Thursday, Ms McGuinness said she believes the parliament may have given Mr Farage too much attention.

"When you say 'good riddance to Nigel Farage', in a way I suppose we have allowed him become the focus of all of this - and maybe we should have played this better - insofar as not allow him to use the European Parliament as a platform to kill Europe.

"I worry particularly at his comments yesterday where he's not just happy that the UK is leaving... but he hates Europe and he's an outright opponent of the whole European Union.

"The idea of allowing somebody now to continue to chip away at a very unique structure which is difficult to maintain - 27 member states, different interests but trying to work together in a world that's fracturing - and he will be effective because he gets the airwaves.

"And I think it means that the rest of us have to work harder".

"And he has support, there's no point in us saying otherwise, and I understand why. 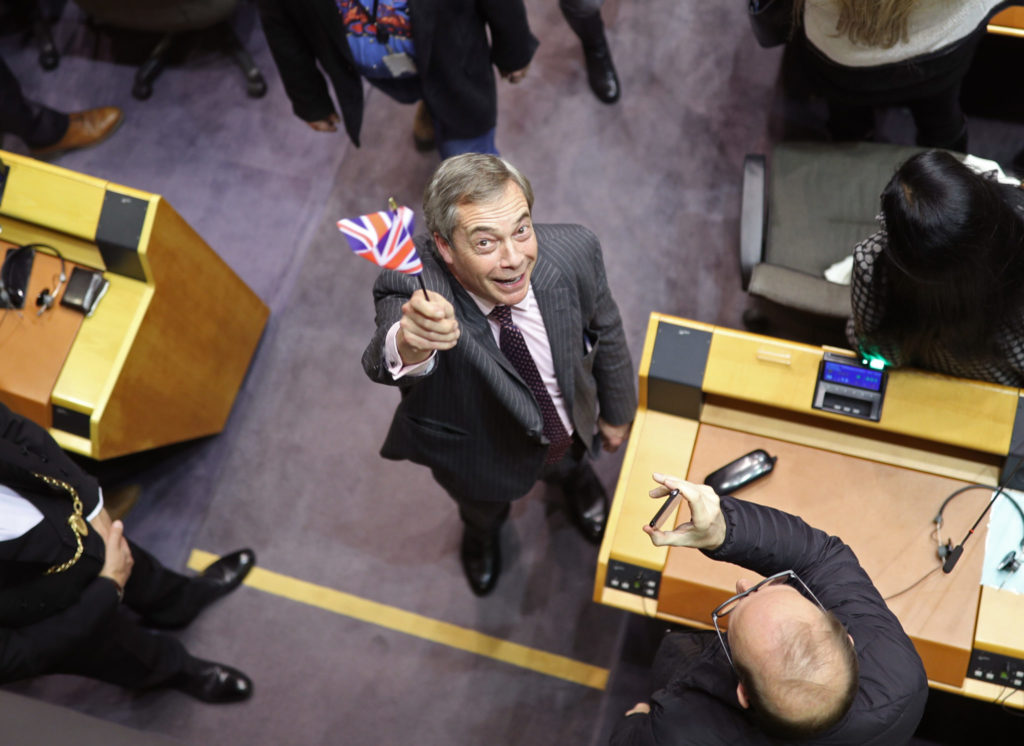 "The sad reality of politics today is sometimes the facts are irrelevant - it's the emotion that sways.

"And certainly in the UK referendum it was the emotion of the arguments on the Leave side that won in the end".

On the future EU-UK relationship, Ms McGuinness said: "We are moving into a much more dangerous and more difficult phase of the negotiations come February 1st.

"I am not confident, I have to say, that this will be at all possible or indeed easy because of the extent of the negotiations.

"The UK is now a third country - everything that we now accept as a given is broken and has to be renegotiated.

Britain will leave the bloc on Friday at 11.00pm Irish time.

A transition period will start on February 1st, and is set to expire at the end of December 2020.