The Government will ask the European Union to allocate more quota to Irish fishermen to compensat...

The Government will ask the European Union to allocate more quota to Irish fishermen to compensate them for losses sustained after Brexit.

For decades British fishermen loathed the EU’s Common Fisheries Policy because it allocated some 60% of the fish in British waters to vessels from other EU member states. The Tory party gained a significant number of seats in coastal communities in the 2017 election and made reducing European fishermen’s access to British waters a redline in the negotiations.

Fisherman John Lynch told The Pat Kenny Show that the Government urgently needs to press upon the EU just how tough things have been for the sector in recent years:

“We did lose an enormous quantity of quota in the Brexit agreement; 43 million [euros] was the loss in terms of monetary value to Ireland,” Mr Lynch explained.

“That made up 43 million out of a total of a 180 million that the European Union transferred to the UK. So Ireland took up 25% of that bill.”

“What we’re looking for is for the Minister to push the Commission to have burden sharing in terms of the [Brexit] agreement where Ireland took a disproportionate share of the loss.”

Charlie McConalogue, Minister for Agriculture, Food and the Marine, says he agrees that Ireland deserves to be compensated especially and will take that message to Brussels:

“Of all the sectors of the economy that were exposed to the challenges of Brexit, fisheries was the sector which was most impacted and of course which the British Government put up in lights from the outset as one of their key objectives as well,” Minister McConalogue said. 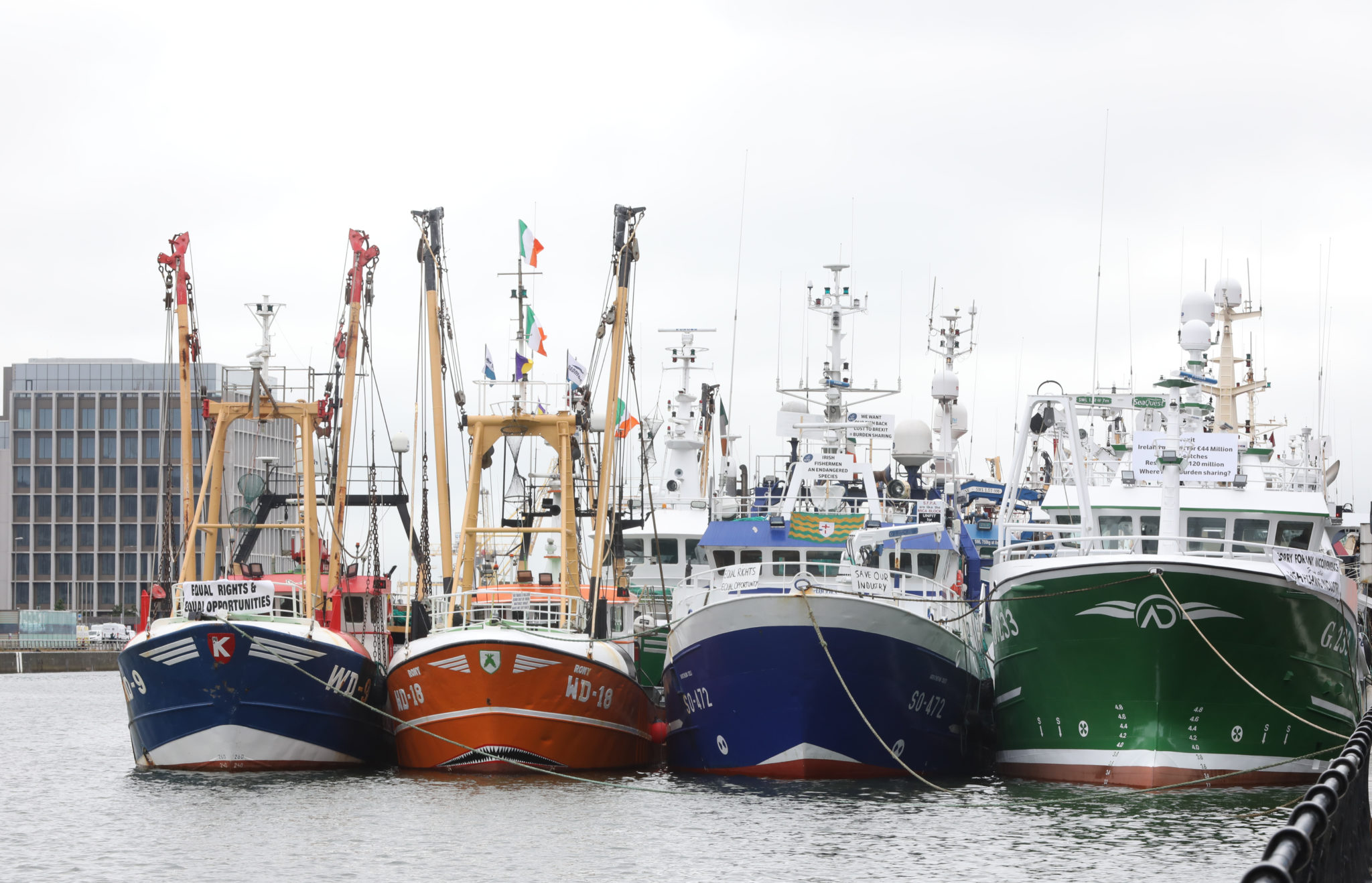 Pictured are trawlers on the River Liffey in Dublin this morning. Fishermen are protesting in Dublin today against a lack of support from the Irish government against the EU Common Fisheries Policy. Photograph: Leah Farrell / RollingNews.ie

“I have been working and fighting at European level, working closely with fishing representatives, to battle for additional quota.

Main image: Freshly caught herrings lie in a fish box in the fishing port of Freest. Picture by: Jens Büttner/dpa-Zentralbild/ZB