The Minister for Finance says he can “absolutely understand” concerns that the border region is becoming lawless.

Paschal Donohoe was speaking after the directors of Quinn Industrial Holdings received new death threats, warning them they faced a “permanent solution” if they refused to resign from the company.

It followed the abduction and brutal assault of the company’s chief operating officer Kevin Lunney in September.

On Newstalk Breakfast this morning, Minister Donohoe said he understands why two executives at the company have warned that the border region is ‘perilously close to becoming lawless.’

“I would very much take a different view in relation to that,” he said.

“But I can absolutely understand, given the chilling and unacceptable experience that one of their colleagues went through, why they would form a view like that.

“All I can do is reiterate both to them and the communities in which they live that the Government and An Garda Síochána will do all that needs to be done to ensure that law and order continues to be delivered in that and all other parts of our country.”

He said the State’s ability to keep its citizens safe is “intimately woven into our sense of what it is to be a democracy.”

“As a member of Government, what I want to reiterate is that our Government is doing all it can and will do all it can, in all parts of our country to keep our citizens safe and to protect them,” he said.

He said there have been 170 additional gardaí deployed to the region – a rise of 10%.

“This is happening all over the country because of our determination to ensure that order and law is delivered,” he said. 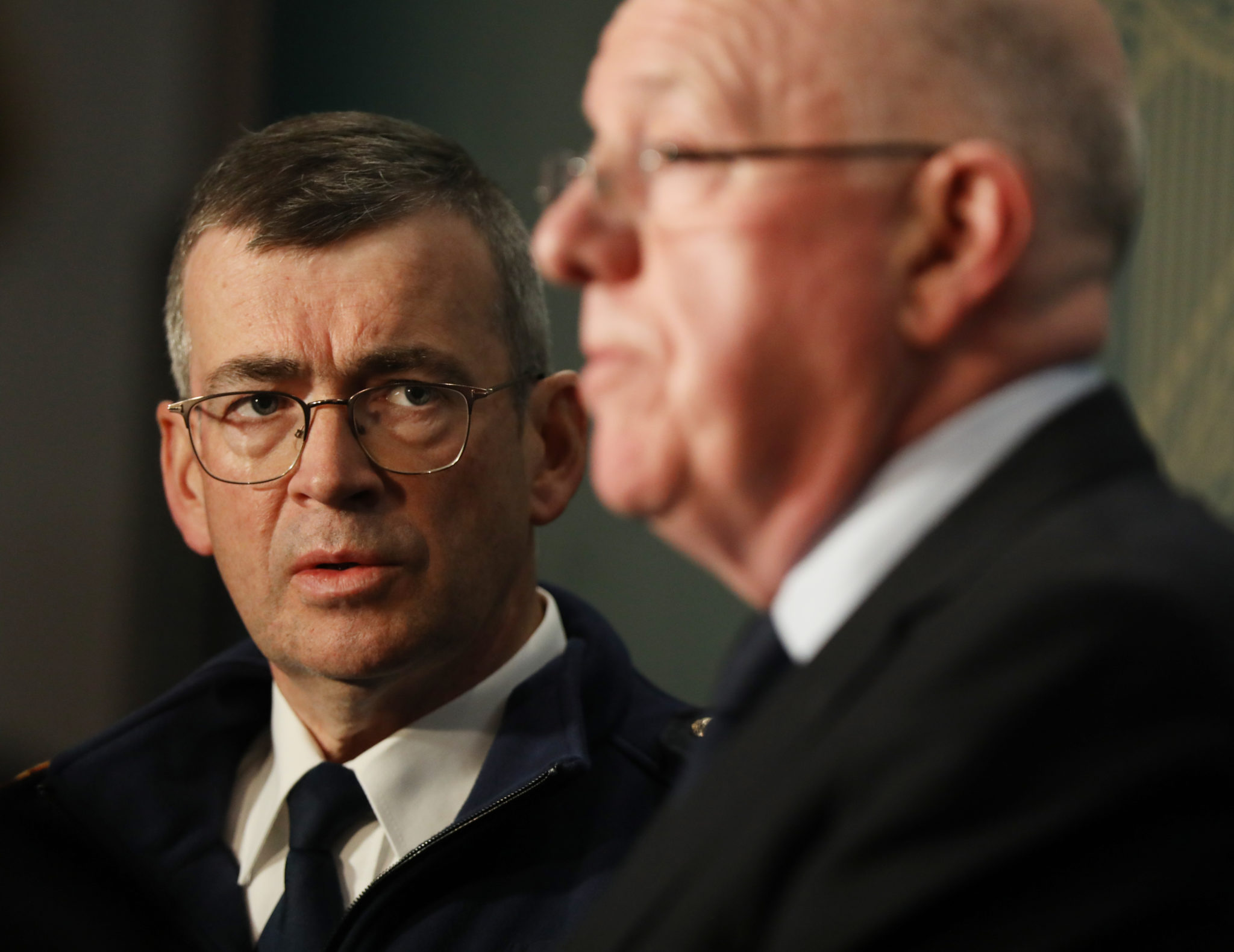 The latest threat comes after TD Martin Kenny’s car was set on fire outside his home in County Leitrim.

Meanwhile a man has been arrested on suspicion of Arson following a fire at Emyvale Garda Station in County Monaghan.

Yesterday, the Taoiseach insisted the Government will not be found wanting when it comes to ensuring the safety of its citizens.

“We must have the rule of law prevail and law and order prevail in all parts of our country,” he said.

“And people who live in the border counties are entitled to peace and security just like everyone else.”

He said he was “keen” to see an increase in cooperation between the Gardaí and the PSNI.

Garda Commissioner Drew Harris said the State’s continuing commitment to security in the border area is “demonstrated by the resources” that have been deployed there.

On Newstalk Breakfast yesterday, Quinn Industrial Holdings director John McCartin the campaign of intimidation against company executives will likely continue until whoever is financing it is brought to justice.

“The finance of an operation like that – involving between 12 to 20 people, I’m told is estimated by the experts; stealing vehicles, having them disposed of, getting a site for the torture to be conducted – all of that requires a lot of planning and a lot of money.

“There has to be an entity whose interests are aligned with this particular campaign and who is paying for it.”

He said bowing to the demands of the criminals would put thousands of jobs in the region at risk – and could embolden them to continue their attacks.