An Irish man who lives in the Chinese city of Wuhan has said he feels like he would be 'leaving h...

An Irish man who lives in the Chinese city of Wuhan has said he feels like he would be 'leaving his life behind' if he had to evacuate.

Ben Kavanagh is a teacher, originally from Kilcullen in Co Kildare.

He has been living in Wuhan for almost two years.

The area is the epicentre of the outbreak of the coronavirus - in which 106 people have died.

Uncertainty remains over how dangerous the virus is and how easily it spreads between humans - but cases have been confirmed in countries across Asia, North America, Europe and most recently in Germany.

Thailand and Hong Kong have reported eight cases each, there are five each in the US, Australia, Taiwan, Singapore and Macau, four in South Korea, Japan and Malaysia, three in France, and two in Vietnam and Canada.

Chinese authorities had warned on Monday that the virus, believed to have originated from an animal market in Wuhan, was getting stronger and that they were unclear on its potential to mutate.

In Wuhan, urban transport is shut and outgoing flights suspended, public transport is suspended in the major steelmaking city of Tangshan, and Beijing has put most bus services to Hebei province on hold.

Preparations are being considered to evacuate Irish citizens.

But Mr Kavanagh told Newstalk Breakfast there is no point in worrying.

"It's not that you have to be housebound, but there's no way to be infected if you just stay inside so it doesn't make much sense to go outside.

"I went out there on Sunday morning and did a big shop then, so I'm alright for maybe 10 days, two weeks or so - but after that I'll have to go back out".

"When you do see people, everyone just keeps themselves to themselves and just tries to stay away from other people.

"You're suspicious of other people, strangely - 'maybe that person's infected and they don't know it' - cause there's such a long incubation period and you can still infect others". 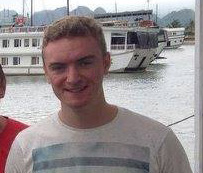 "As the days go on you get a little more worried - but I try not to worry as best I can because there's no point worrying.

"If things change in the future and if the situation gets much worse then I'll probably start to worry, but even then what's the point - what can I do to change it?"

Asked if he would leave if he could, Mr Kavanagh said: "The Irish Government are looking at measures right now and they've been in contact with the Irish people in Wuhan - but if I leave, I feel like I'd be leaving my life behind.

"What if leaving spreads the disease more?".