Mourners in Baghdad chanted "death to America" after Iran's top general was killed in a US airstr...

Mourners in Baghdad chanted "death to America" after Iran's top general was killed in a US airstrike.

Tehran has said it will punish Americans within reach of the country.

Major General Qassem Soleimani, head of Iran's elite Quds force and mastermind of its regional security strategy, was killed in an airstrike on his motorcade early on Friday near the Iraqi capital's international airport.

His killing, and that of Iraqi militant leaders including paramilitary chief Abu Mahdi al Muhandi and eight others, has increased global tensions, with Iran vowing harsh retaliation while US president Donald Trump said he ordered the strike to prevent conflict.

During a funeral procession on Saturday for the men in Baghdad, mourners - mostly men in black military fatigues - carried Iraqi flags and the flags of Iran-backed militias who are fiercely loyal to Soleimani.

The mourners, many in tears, marched alongside militia vehicles in a solemn procession which began at the Imam Kadhim shrine, one of Shia Islam's most revered sites.

Chants of: "No, no, America" and "death to America, death to Israel" were heard, as well as: "America is the Great Satan."

Two helicopters hovered over the procession, which was attended by Iraqi Prime Minister Adel Abdul-Mahdi and leaders of Iran-backed militias. 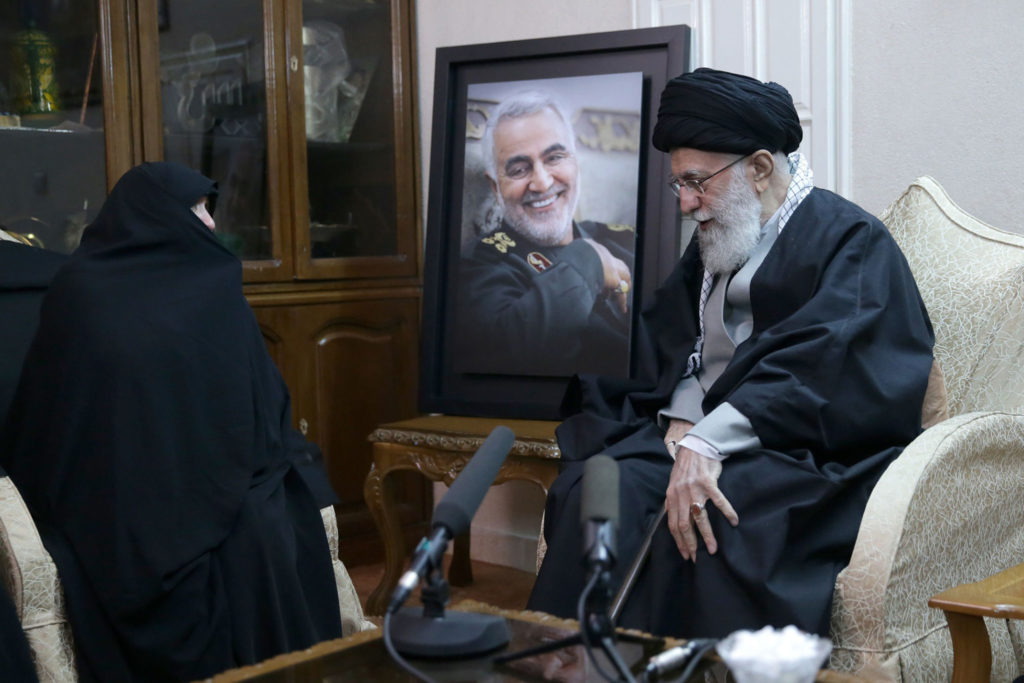 As the funeral march took place, Tasnim news agency quoted a senior Revolutionary Guard commander saying Iran will punish Americans wherever they are within reach of the country.

General Gholamali Abuhamzeh said Iran had identified 35 US targets in the region, including in Tel Aviv and ships in the Gulf.

"The Strait of Hormuz is a vital point for the West and a large number of American destroyers and warships cross there," he said.

"Vital American targets in the region have been identified by Iran since long time ago.

"Some 35 US targets in the region as well as Tel Aviv are within our reach." 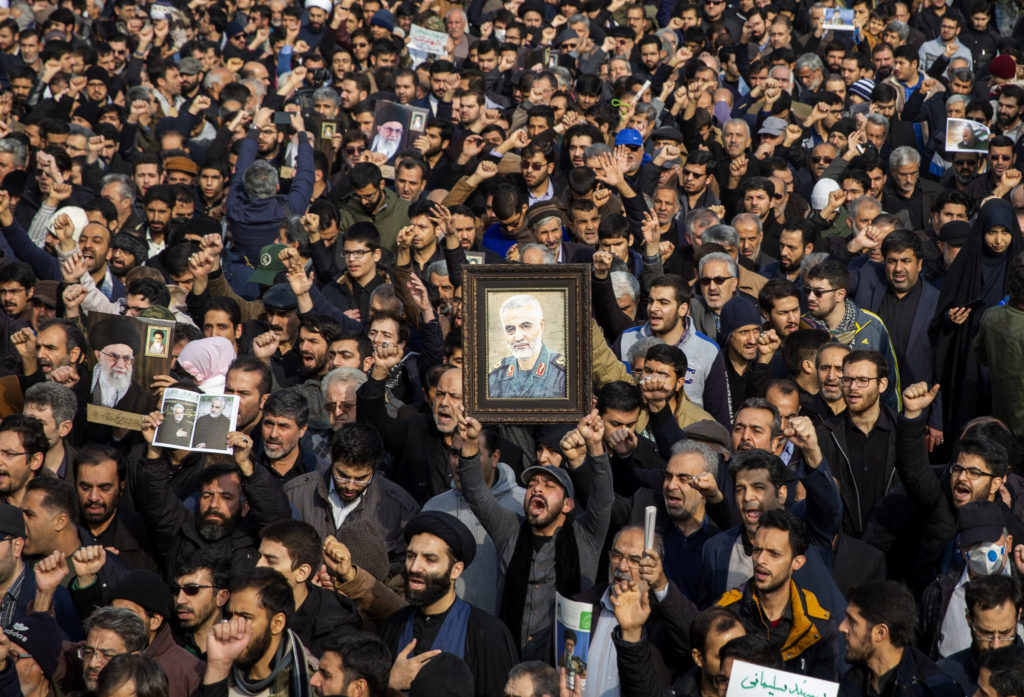 On Friday, Mr Trump claimed the US carried out the airstrike because Soleimani had been planning "imminent and sinister attacks on US diplomats and military personnel".

In an address from his Mar-a-Lago resort in Florida, Mr Trump said: "What the US did yesterday should have been done long ago - a lot of lives would have been saved.

"We took action last night to stop a war. We did not take action to start a war."

An official with the US-led coalition in Iraq said operations have been scaled back and "security and defensive measures" have been boosted at bases hosting coalition forces.

An extra 3,000 US troops have been dispatched to neighbouring Kuwait.

Iraq - a close US and Iran ally - condemned the airstrike and called it an attack on its national sovereignty.

Its parliament will meet for an emergency session on Sunday as it comes under pressure to expel the 5,200 American troops based in the country to help prevent an Islamic State (IS) resurgence.

The Pentagon claimed 62-year-old Soleimani "orchestrated" attacks on coalition bases in Iraq over the past few months and approved the attacks on the US embassy in Baghdad earlier this week.