Affordable housing bodies were outbid by property funds "by up to €80,000 per house" in some ca...

Affordable housing bodies were outbid by property funds "by up to €80,000 per house" in some cases over the past four weeks.

The Business Post reports the bodies were outbid on more than 400 homes in the last month.

The government is working on plans to stop international funds from buying up completed housing estates.

The Housing Minister Darragh O'Brien said he is considering a range of measures to tackle the 'cuckoo funds'.

They could include more than half of units in residential developments being ring-fenced for private buyers.

It comes after two UK investment funds snapped up almost all the homes in two housing estates in Dublin and Kildare with plans to rent them out to Irish families.

Just 22 out of 174 new homes in Mullen Park in Maynooth were available for first-time buyers, with the remainder being purchased by an investment trust.

Speaking to Newstalk Breakfast with Susan Keogh, Business Post reporter Killian Woods explained how first-time buyers are being frozen out at the moment.

"We know that investment funds are snapping up starter homes, with most of the houses in Mullen Park in Maynooth, for example, being bought ahead of first-time buyers by Roundhill Capital," he said.

"The fresh details we have today showed that over the past four weeks, social housing bodies have also missed out on hundreds of homes after investment funds outbid them by up to €80,000 per home.

"For the most part, with these homes, the fund is looking to bring them onto the rental market, or more likely, they're trying to lease them out to the State as social housing and seeing them as an investment product.

"We're seeing social housing now as being treated by a kind of a government bond by these investors because it's such sure-fire income to come in over a 25-year period.

"Like in the case of Maynooth, we're looking at rents of around €2,000 per month per home, if they can get that rent from the State over a 25-year period that's a lot of money."

Such investment funds have a long-term view of the return on their capital, meaning they will be tied up with the properties for decades. 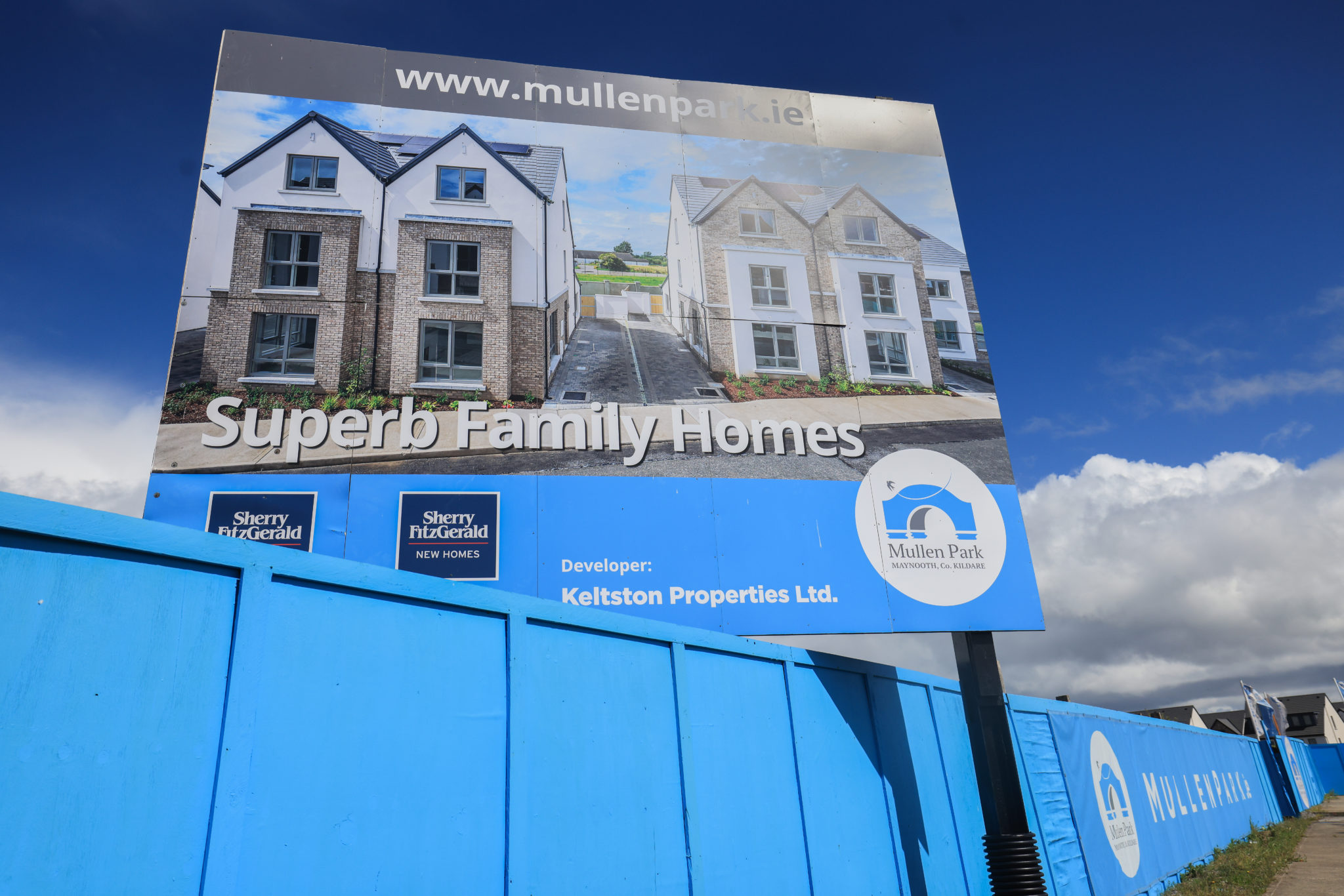 Mr Woods added: "If they can get the State renting these off them over a very long period of time, it'll never change, it's nearly money that will come in over a 100-year period.

"First-time buyers and the housing bodies just can't compete with the sheer war chest these funds are coming in with, it's billions of dollars each."

He spoke to two first-time buyers who managed to purchase a home in Mullen Park who feel they had bought into a way of living that is now not a reality.

"They bought into what they thought was this family-living and the developer who put the plans in for Kildare, they intended to build family starter homes," Mr Woods said.

"They were sold this idea of living in a family community, maybe that will happen but the way they see it, if it goes to the rental market, that won't happen.

"The most likely thing that will happen in the rental market is that they will be rented for two or three years and then that family will move on, they will buy elsewhere."