Independent TD Michael Healy Rae has hit out at the Green party for coming up with “nonsensical...

Independent TD Michael Healy Rae has hit out at the Green party for coming up with “nonsensical, unworkable suggestions” to help people cope with the soaring cost of living.

However, for Deputy Healy Rae, such suggestions are wholly impractical for people living in rural Ireland:

“When I hear a suggestion like this being brought forward I would really say to myself, ‘Would a politician not have something better to be doing than coming up with nonsensical, unworkable suggestions such as this?’” Deputy Healy Rae told Newstalk Breakfast.

“Because everyone living in rural Ireland will know, if it’s practical or feasible, people do this sort of thing already.

“We don’t need a politician to come along and tell you, ‘This is what we have to do.’

“It is along the lines of Eamon Ryan coming along the other day and telling us to have shorter showers.

However, environmental journalist John Gibbons was less critical and said the western world needs to dramatically reduce its use of fossil fuels:

“The thing that the President of Ukraine is asking countries in western Europe to do is to stop burning Russian oil,” he said.

“So the best way to do that is to burn less oil generally… So the suggestion of car sharing is one way we can import less oil from countries like Russia, like Saudi Arabia that have appalling human rights records and I’m sure Michael would be with me on that.

“Another thing I suppose is… the AA calculates that the cost of running a private car, when you add in finance depreciation, insurance, tax, serving and fuel costs, keeping one private car on the road every year costs an average Irish family €10,000 - that’s 200 quid a week.

“Now I don’t know, maybe some people are very, very wealthy and they can afford to do that no problem.

“But I imagine there’s lots of people listening to us this morning who are shocked to discover that they’re spending €200 a week to run a private car.” 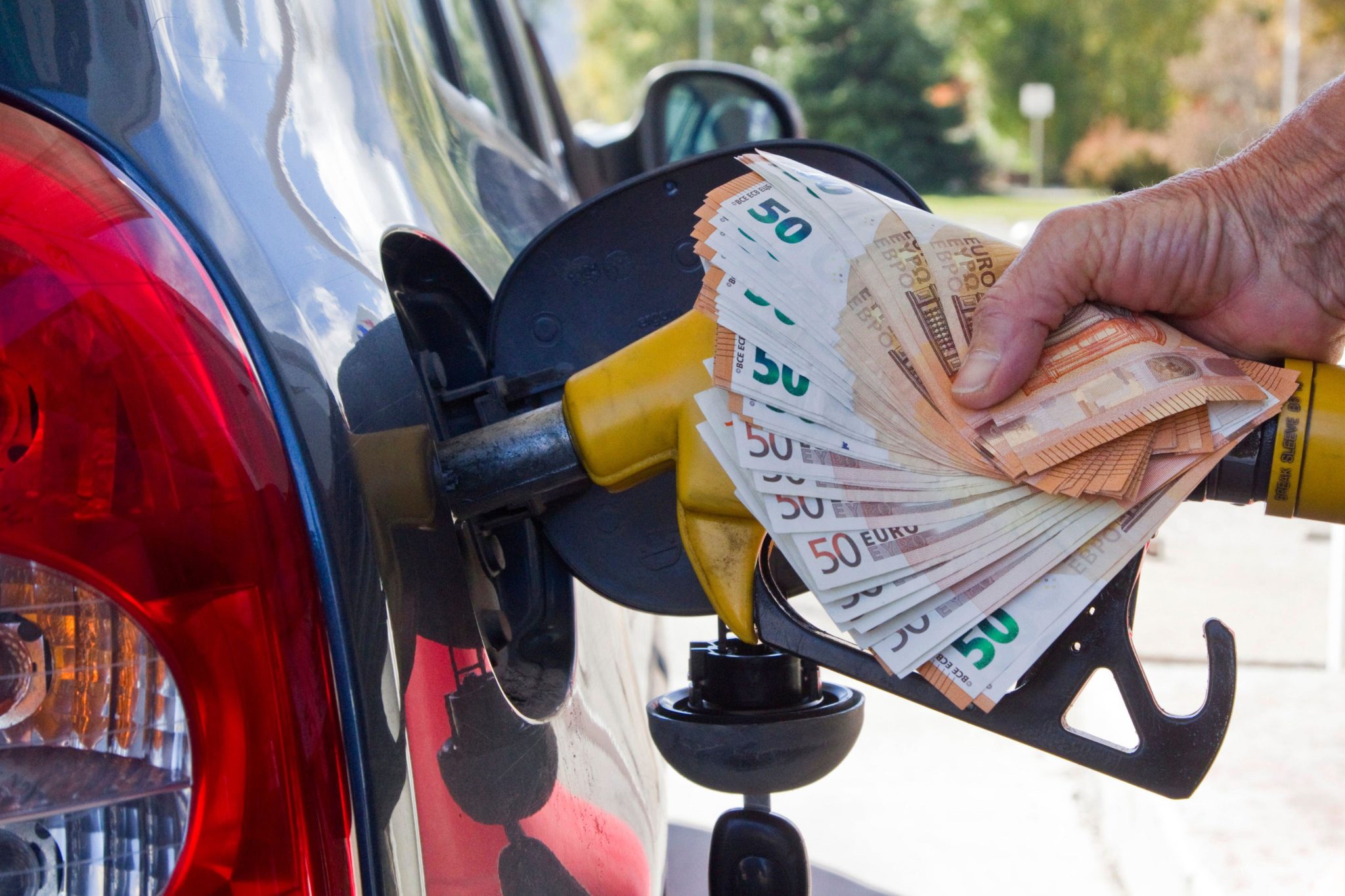 Someone filling a tank with petrol at a gas station. She's holding a petrol pump and a bundle of 50 euro bank notes.

Deputy Healy Rae has an alternative solution - the Government should scrap the upcoming increase in the carbon tax:

“That’s why I’m calling on the Greens, Fianna Fáil and Fine Gael not to go introducing further taxes in the month of May,” he continued.

“More crippling carbon taxes on top of the taxes that are already there, on top of the fact that the cost of motoring… does John realise that a bag of coal has gone up €7 in the past number of months?”

Government backbenchers from Fine Gael and Fianna Fáil have raised concerns about the upcoming tax increase. However, the measure retains strong support from the Green party.