The Government should invest more in towns with a “serious amount” of Ukrainians.

The Government has been urged to invest more in tourist towns with a “serious amount” of Ukrainian refugees.

More than 50,000 Ukrainians have arrived in Ireland since the war began and a significant number are being housed in tourist towns which have a large number of hotel beds to let.

Margaret O’Brien, CEO of Ennis Chamber of Commerce, acknowledged it was a “difficult situation for the Government” but noted there has been a “noticeable” increase in demand for public services in Clare.

“While we are very welcoming in Clare, we probably have a higher proportion of refugees than other counties have,” she told Lunchtime Live.

“The other sort of feedback I get from members is that in their day to day lives, they’re noticing that there’s definitely a creaking in terms of the medical services.

“Definitely, it’s noticeable that there’s more demand for those kind of services… I would hope that the Government would take the time out to maybe invest more in community services in counties like ours who are taking in so many refugees.

“I know here in Clare we’re very poorly served for public transport, we don’t have a town bus in Ennis - even though we’re the biggest town in Munster.” 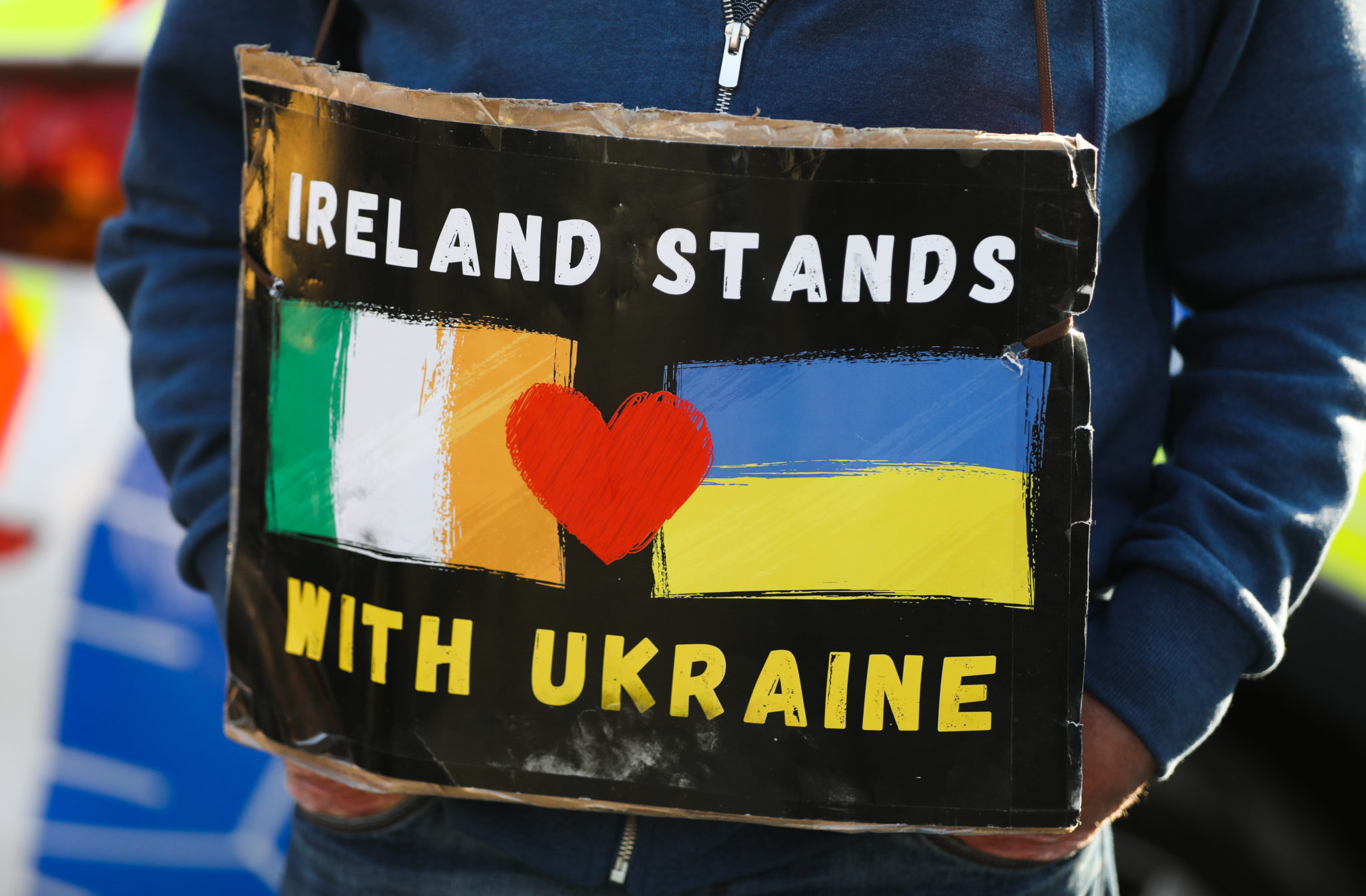 A poster outside the embassy of the Russian Federation in Dublin in March 2022. Picture by: Leah Farrell / RollingNews.ie

She added that higher spending on public transport would give refugees in rural Ireland a better chance of “picking up some employment” in the months ahead.

“I think it’s about joining those dots,” she added.

Cillian Murphy, a Fianna Fáil councillor in nearby Kilkee, acknowledged that many businesses feel that the tourist industry is suffering from a lack of hotel beds. However, he also underlined the “positives” to having refugees in the area.

“The community in Kilkee has really opened up their arms to support and welcome them,” he said.

“We have seen increased public transport, we’ve seen extra kids in our schools - which would have been struggling.

“So, there are a number of positives and that’s from a wider community perspective.”

Government doing 'everything it can' to move refugees out of tents

Arrests made following joint Gardaí and Interpol operation into fraud