Organisers of upcoming outdoor sporting events are hoping for thousands of spectators to return t...

Organisers of upcoming outdoor sporting events are hoping for thousands of spectators to return to their large capacity venues in the coming weeks.

The largest outdoor gathering since the start of the pandemic will take place this weekend when 8,000 fans will attend the Leinster SHC semi-finals in Croke Park.

On Saturday, 3,000 people will be allowed into the Aviva Stadium to watch Ireland take on Japan in the opening fixture of the Vodafone Summer Series.

Crowds ranging from 200 to more than 1,000 have gathered at various sporting and cultural events throughout June as part of the Government's reopening plan.

Among these was Ireland’s first concert since the pandemic began, headlined by James Vincent McMorrow, at Dublin's Iveagh Gardens which welcomed 500 fans.

Additionally, organisers of a Leinster rugby game with over 1,000 supporters and League of Ireland soccer matches with hundreds of spectators said the sporting events "couldn't have gone any better" earlier this month.

The music and sporting trials were the first of 16 pilot events taking place during June and July.

Michael Moloney, the CEO of Galway Racecourse, is hoping the Galway Races can build on the success of the race day when it comes to this month's festival. 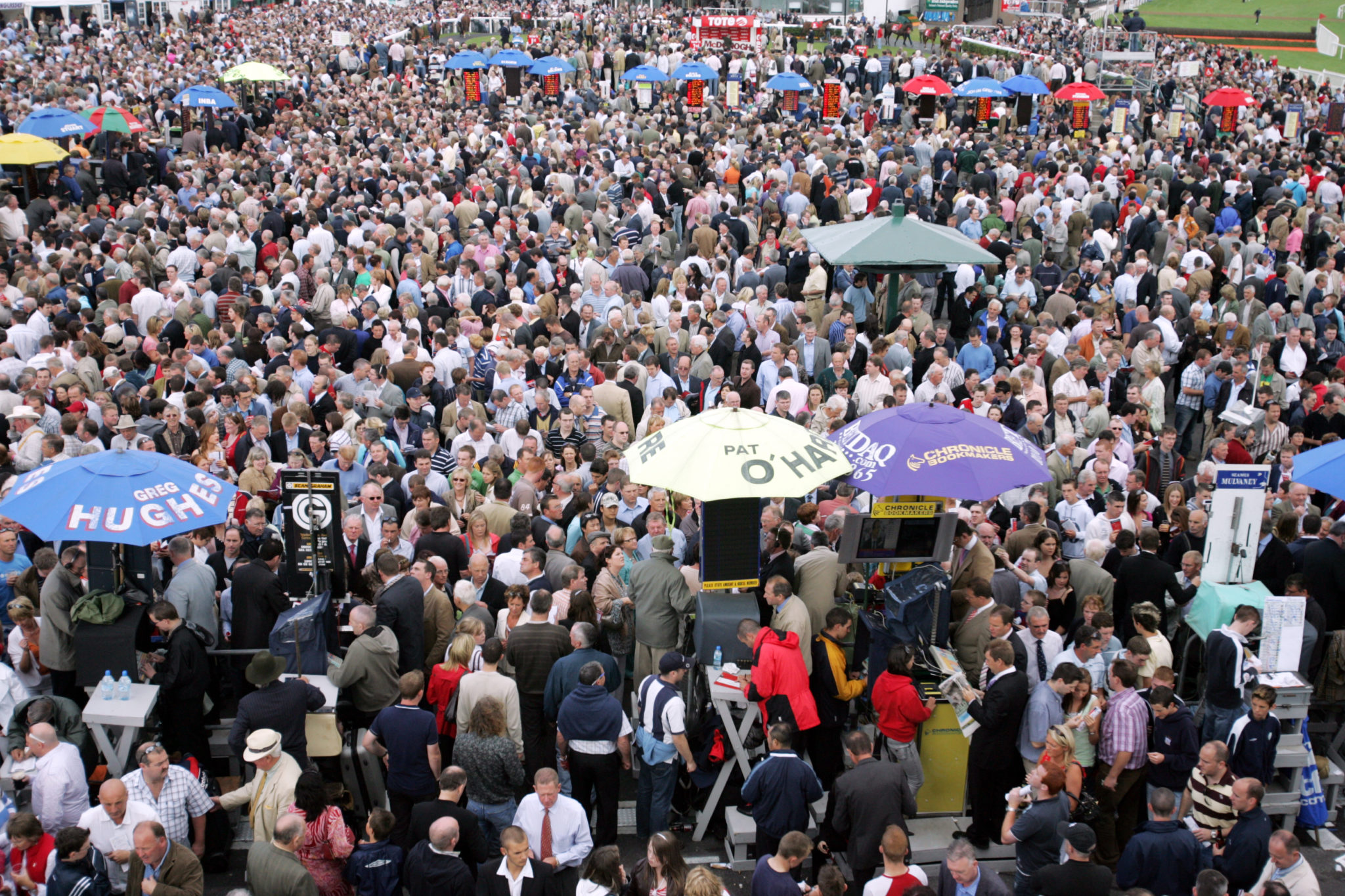 Crowds of people and punters at the bookmaker stalls at the Galway Races. Photo: Photocall Ireland

He told The Pat Kenny Show that while plans are being finalised for the races, which start on July 26, he is hopeful that 5,000 punters a day will be allowed in the gates at Ballybrit.

"We have a large venue so we're looking at a very small, limited capacity in terms of standing capacity," he explained.

"We're looking at around 5,000 people which is about 10% of our normal capacity in terms of attendees at the racecourse."

The event will be completely outdoors, with all spectators out in the open air, as well as being ticketed in advance.

Health questionnaires would also be issued in advance, with attendees required to agree to all terms and conditions before attending the event.

There are no plans to use antigen testing, Mr Moloney added.

"Racing is different to your normal stadium sport, people probably come here for that little bit longer, they could be here for three to four hours," he said.

"There are some logistical challenges around that, unfortunately this year it will be fully outdoors so in terms of corporate hospitality, that won't be part of this year's festival.

"There will still be lots of options in terms of food and beverages, we're lucky to have a large number of permanent facilities here and we're looking to adapting those for serving outdoors."

"Hopefully if we got the nod next week we would be able to put tickets on sale, there's a huge demand at the moment, we have a loyal following here in Ballybrit 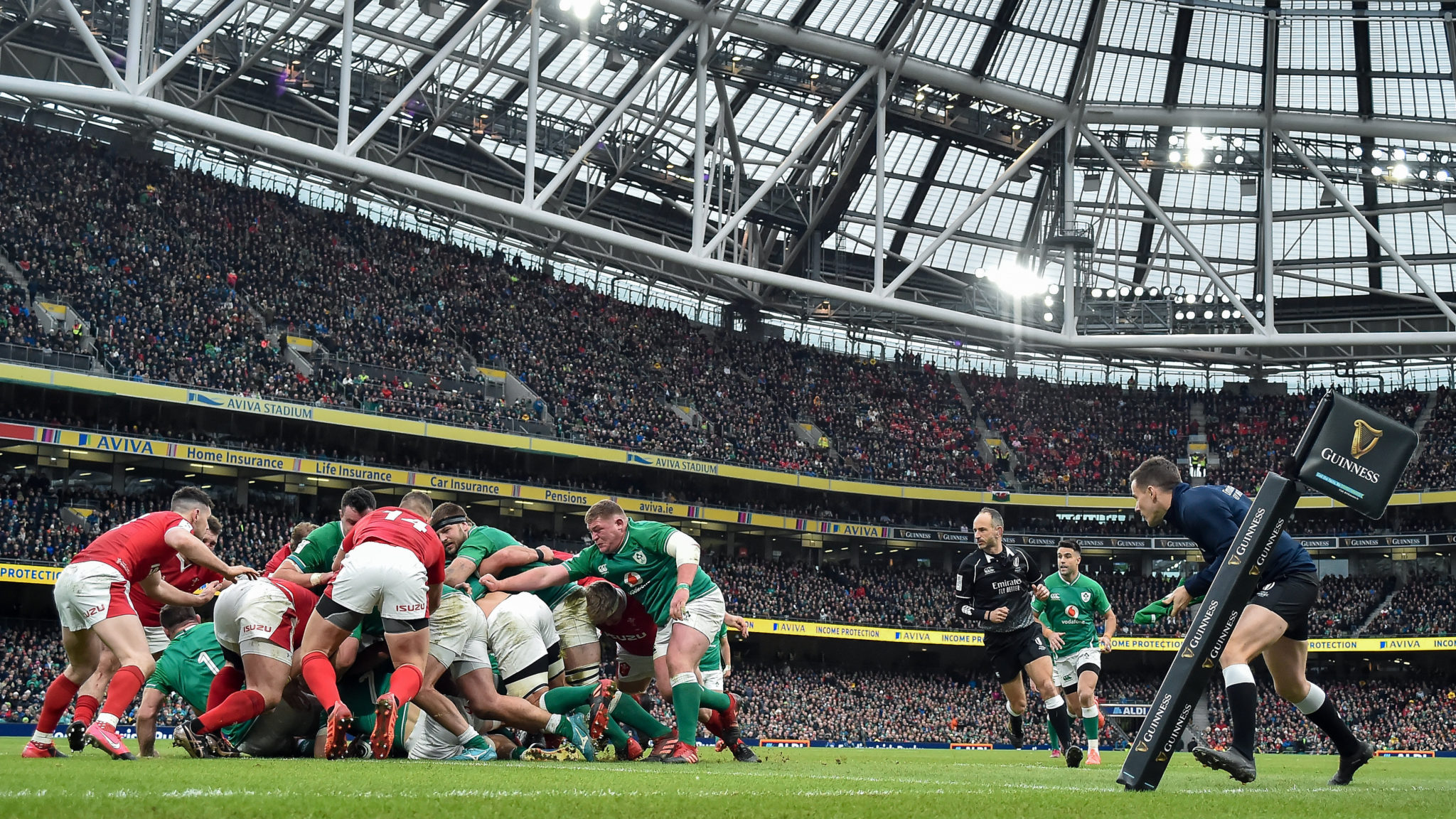 Speaking on the same programme, Martin Murphy, Stadium Director at the Aviva and Chairman of the joint working party on returning spectators said there will be plenty of room for 3,000 spectators in 52,000 capacity venue on Saturday night.

The working group was established six months ago and representatives from sporting bodies meet on a weekly basis to discuss plans for games and how to build on events that have already taken place.

"We've learned as we've gone along and we've drafted guidelines to assist us and to assist Government in getting spectators back to these venues," he said.

The plan for the Ireland rugby game is for fans to be sparsely dispersed across the grounds.

"It's very easy for us to get that sort of number in and even the following week, when we get up to over 6,000 for the USA game the crowd will be very dispersed across the grounds," Mr Murphy said.

"There will be staggered access times, people are spread across the stadium in terms of access to areas, and we don't see an issue with that.

"Toilet facilities will be controlled, queueing will be limited, people will be asked to stay in their seats for the majority of the time that they're in.

"There will be some refreshments available, a grab and go type system, there will be no alcohol, masks will be worn, apart from eating and drinking.

"It's a different regime that people won't have experienced before but I think people have responded well to the regulations around COVID and we don't anticipate any issues."

Additionally, there will be widespread stewards around the stadium, while considerations around transport and dispersal after the game have also been taken into account.

One patron from each pair of tickets will have their contact details saved by the IRFU in case there is a COVID-19 outbreak following the match.

Mr Murphy added that the arrangements for each sporting venue are bespoke, with the ultimate aim that people can safely enjoy attending an outdoor event.

Main image: General view of racegoers during day one of the Galway Races in 2017. Photo: Niall Carson/PA Wire

Rotunda hospital to lift most remaining restrictions on partner visits

WATCH: Sean Cox thanks supporters ahead of charity fundraiser