Organisers of the trial sporting events that welcomed back fans for the first time said they coul...

Organisers of the trial sporting events that welcomed back fans for the first time said they couldn't have gone any better.

Crowds were allowed into Turner's Cross for the game between Cork City and Cabinteely and at Tallaght Stadium for Shamrock Rovers against Finn Harps.

Leinster's Rainbow Cup rugby clash with the Dragons at the RDS was also chosen for a pilot event.

The games were the first of 16 pilot events taking place during June and July.

Minister of State for Sport Jack Chambers said the "relatively low" number of fans permitted to attend the pilot matches will hopefully lead to a more "ambitious" return of spectators this summer.

It comes after Ireland's first live gig since the start of the pandemic took place in the Iveagh Gardens in Dublin on Friday night. 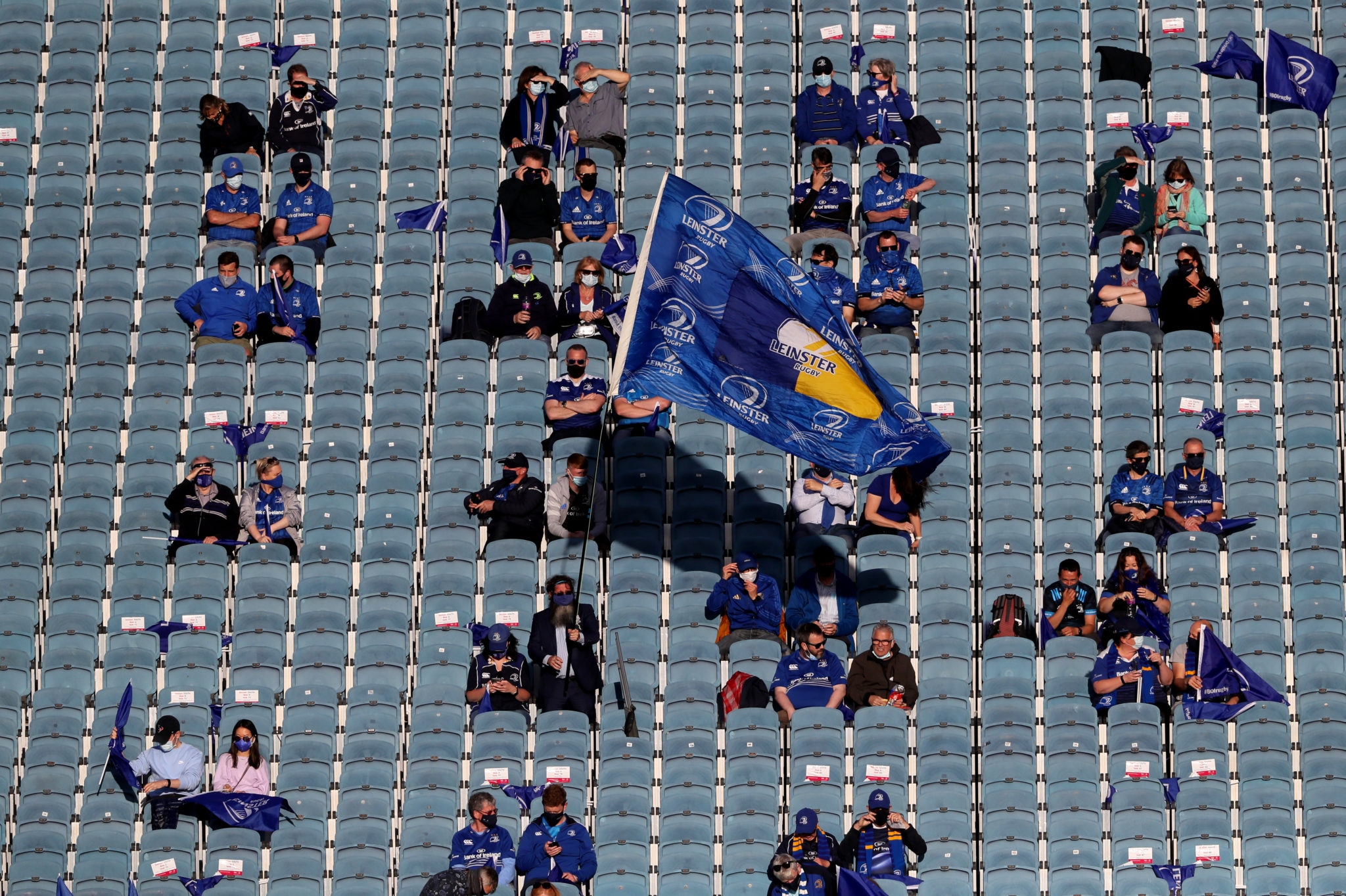 Speaking to Máire Treasa Ní Cheallaigh on Newstalk Breakfast Weekends, he added that fans were great at adhering to the public health measures, and the RDS had made sure all rules were clear and crowds could navigate safely through the grounds.

"We had 1,100 of our official supporters and 100 frontline workers from St Vincent's Hospital and everyone was jumping around, singing, dancing, but still adhering to the two-metre social distancing outside their own little pod," Mr Quinn said.

"The fans were brilliant, it was brilliant for our players.

"It was a really brilliant way to sign off our season with the last game and it was just fantastic, the atmosphere, the buzz around the place, just to have people back.

"Sport dearly misses it and needs it and it was just a great first step to what we hope will be for all sports having full stadiums by September or October."

Cork City Chairman Declan Carey told the same programme that last night's game was "an absolutely fantastic occasion", aside from the result which saw his side lose 2-0 to Cabinteely.

"It was great to see so many faces inside the grounds, everyone was spread out, everything was conducted very safely and it couldn't have gone off any better," he said.

He explained how fans were informed in advance of what kind of restrictions would be in place at Turner's Cross, and the team's fan base was offered a range of packages this season that could allow them to stream games online.

These advance ticket options took out a lot of the admin work ahead of live matches returning, but the return of events such as the one last night involves a lot of work for staff, Mr Carey added.

We'd like to thank everyone who attended tonight’s game in Turner’s Cross, and we hugely appreciate your patience and cooperation with the health measures.

It was wonderful to have our supporters back in the stadium and we hope to welcome more of you back very soon. Stay safe! pic.twitter.com/q8AmsRzptl

He explained how sporting events without fans are not the same, as everything interaction can be heard on the pitch and the social aspect of attending matches is lost.

"A football club without its fans is absolutely nothing," he said.

"I think we have suffered badly over the last year from not having supporters on the ground and trying to push the lads on as supporters would.

"We've had fantastic atmospheres at Turner's Cross since I've been going to games over the last 20 years."

Mr Carey that the games without supporters are "horrific", especially behind closed doors because of the "eerie" atmosphere.

"The silence when the goal goes in, they're just not nice games to be at," he stated.

He added that recovery work will need to be done to get League of Ireland fans engaged again when attendance numbers can increase in the coming months.