An announcement on job losses could come as early as Wednesday

There are fears for more jobs in the Irish technology sector.

Meta, the parent company of Facebook and Instagram, is reportedly set to cut thousands of positions from its global workforce of over 85,000 people.

The Wall Street Journal said the planned layoffs could be the largest for a major tech company this year.

An announcement could come as early as Wednesday, according to people familiar with the matter, with the layoffs "expected to affect many thousands of employees".

Meta employs over 3,000 staff in Ireland.

It was reported in September that Meta was planning to cut expenses by at least 10% in the coming months, in part through staff reductions.

The Tánaiste Leo Varadkar is set to meet the IDA later to discuss concerns about further job losses in the tech sector here.

Twitter began laying off around half of its Irish workforce last Friday, while online payments firm Stripe announced it was letting 14% of its global staff go.

It comes ahead of a meeting of the Oireachtas Enterprise Committee on Wednesday to discuss the redundancies.

Committee Chairman Maurice Quinlivan said they will hopefully get some clarity.

"There is a huge concern out there, so hopefully the meeting the Tánaiste will have later today will provide clarity as to what is going on and he can reassure some of the people," he said.

"It's simply not good enough that companies are saying they're going to layoff people, but don't tell the people who are going to be laid off.

"It's difficult enough losing your job without being in this limbo of you don't know where to go".

He said the way workers have been treated in unacceptable.

"My concern immediately is for the workers and those who've been impacted by the decisions that have been made on Friday," he said.

"We are here on Monday and many of the workers don't even know if their individual job is gone or not - and that's simply unacceptable.

"So we were hoping that the Tánaiste will get some more clarity today and we can tease that out in the committee I chair... which would have a remit in of looking at stuff like that". 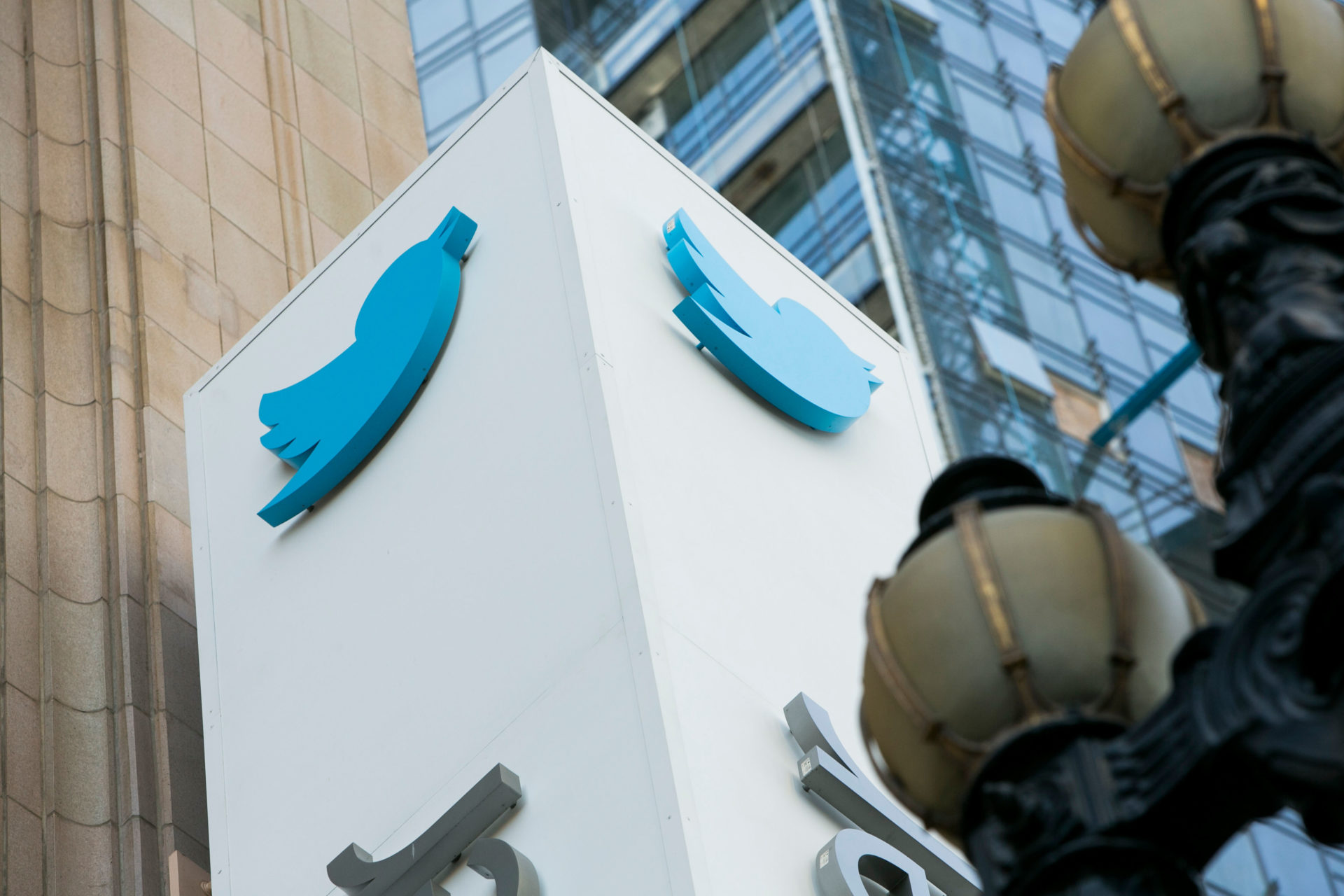 The Twitter logo is seen at the company's US headquarters in San Francisco, California. Picture by: Kristoffer Tripplaar / Alamy Stock Photo

This echoed comments by the head of the Irish Congress of Trade Unions (ICTU), who on Friday labelled the treatment of Twitter workers as 'appalling.'

Owen Reidy was speaking as staff at the social media platform were told by e-mail whether they had been laid off or not.

"Redundancies tragically are part of the world of work, and they happen, but I think the manner in which this has happened has been appalling," he said.

"I just think in the 21st century, given that Twitter is supposed to be a cutting-edge global phenomenon, [it] is really a 19th century practice in the way to deal with your employees".

Asked if there were implications under Irish law for Twitter, Mr Reidy said: "We don't know until we see the details of what's happening, but we expect Twitter to respect the laws of the land in Ireland.

"The laws of the land in this area aren't as robust as we'd like them to be.

"I don't know if that's happened," he added.