Varadkar corrects Trump over reference to “wall” and “border” in Ireland The Taoiseach Le...

Varadkar corrects Trump over reference to “wall” and “border” in Ireland

The Taoiseach Leo Varadkar has corrected the US President over his reference to a “wall” and a “border” in Ireland.

Speaking after he arrived at Shannon Airport this afternoon, Donald Trump insisted Ireland is “going to be in great shape” regardless of what happens with Brexit.

“I just left some very good people that are very much involved in Brexit as you know and I think that will all work out very well and also for you with your wall; your border,” he said. 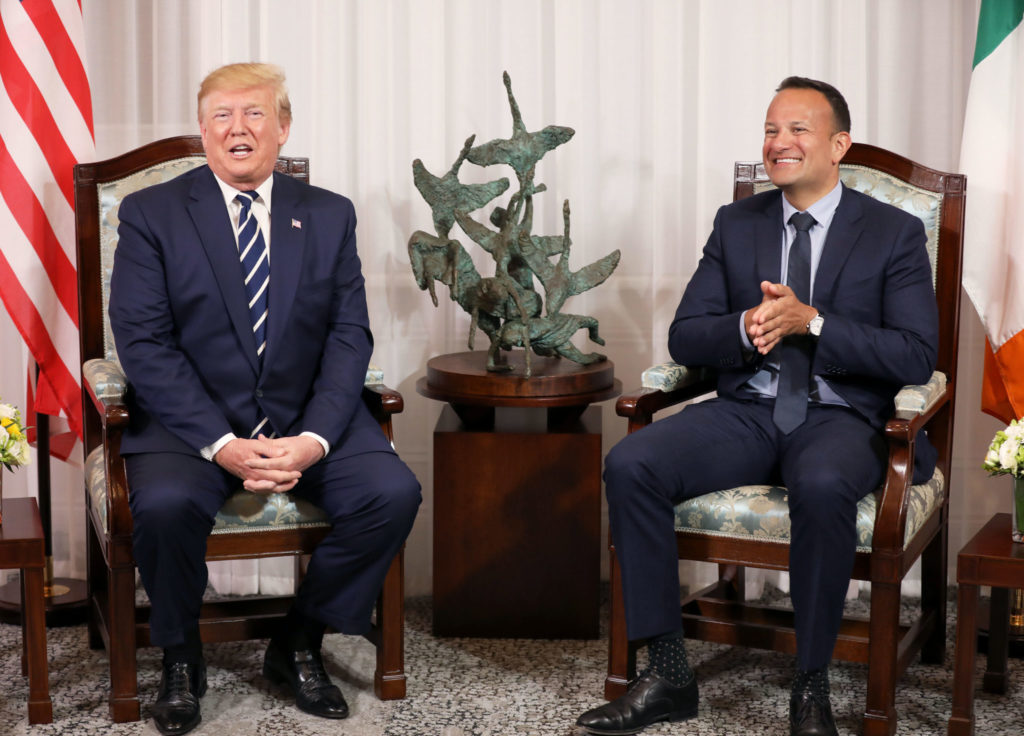 The Green Party's Grace O'Sullivan and Fine Gael's Deirdre Clune have both been elected as MEPs for Ireland South.

Both were deemed elected after the final count, without reaching the quota.

Senator O'Sullivan took the fourth seat - meaning she will immediately be able to take her seat once the new European Parliament term starts.

Ms Clune, who is a sitting MEP, will have to wait until Britain leaves the EU to take the fifth seat in the constituency.

Some 10,000 health workers set for 24-hour strike this month

Up to 10,000 SIPTU members working as support staff and chefs in 38 hospitals and health care facilities are set to go on strike.

They have served notice of a 24-hour work stoppage on Thursday, June 20th.

It is over a dispute concerning, what SIPTU says is, the failure to implement pay increases arising from an agreed job evaluation scheme.

The initial action will involve up to 10,000 SIPTU members who provide portering, household and catering services - and those who are employed as health care assistants, maternity care assistants, laboratory aides, chefs and surgical instrument technicians.

The DPP has recommended no prosecution in the case of a detective who shot and killed Mark Hennessy, the man behind the abduction and killing of Jastine Valdez.

40-year-old Hennessy from Bray in Co Wicklow was shot dead when gardaí searching for missing Jastine approached him in Cherrywood industrial estate.

On May 19th last year Jastine - a 24-year-old accountancy student originally from the Philippines - was walking along a road in Enniskerry when she was approached by Mark Hennessy.

Hennessy pulled up alongside her, bundled her into the boot of his Nissan Qashqai, killed her and dumped her body.

Around 124,000 students are beginning their Leaving and Junior Certificate exams on Wednesday.

English and CSPE are first up at Junior cycle, while Leaving Cert students will take English Paper 1 - along with Home Economics.

They are being reminded to stay calm, and remember that there are several options available to them.