A new proposal could see the European Union roll-out a vaccine passport for people who have been ...

A new proposal could see the European Union roll-out a vaccine passport for people who have been inoculated against the coronavirus.

It is thought this could see people who have had the jab present a vaccination certificate when travelling across borders.

The European Commission says it is working with member states on this "in full compliance with EU data protection law".

It wants to see a common approach agreed by the end of January, to allow the certificates to be "rapidly useable in health systems across the EU and beyond."

But Irish MEP Deirdre Clune told Pat Kenny the plan is still in the early stages.

"The Commission said they're preparing a proposal - this is to give to the member states to look at - this month, and guidelines as to how that certificate... what it would look like.

"Would the member states agree to it? I don't know.

"There's concerns about, say if you have the vaccine and I don't, then you can travel and I can't - is that unfair, given the fact that we're all ready to take it when we can it."

"But what the commission has said is they want a detail on a passport or certificate agreed, and it's up to the member states then as to how they would look for its use".

She said she would welcome any pan-EU approach.

"I think it's a good thing to have a European-wide approach to this".

"It may be a good thing, but it's for down the line - it's certainly for a time when the majority of the population that want to be vaccinated are vaccinated.

"I think we need to get to that point first". 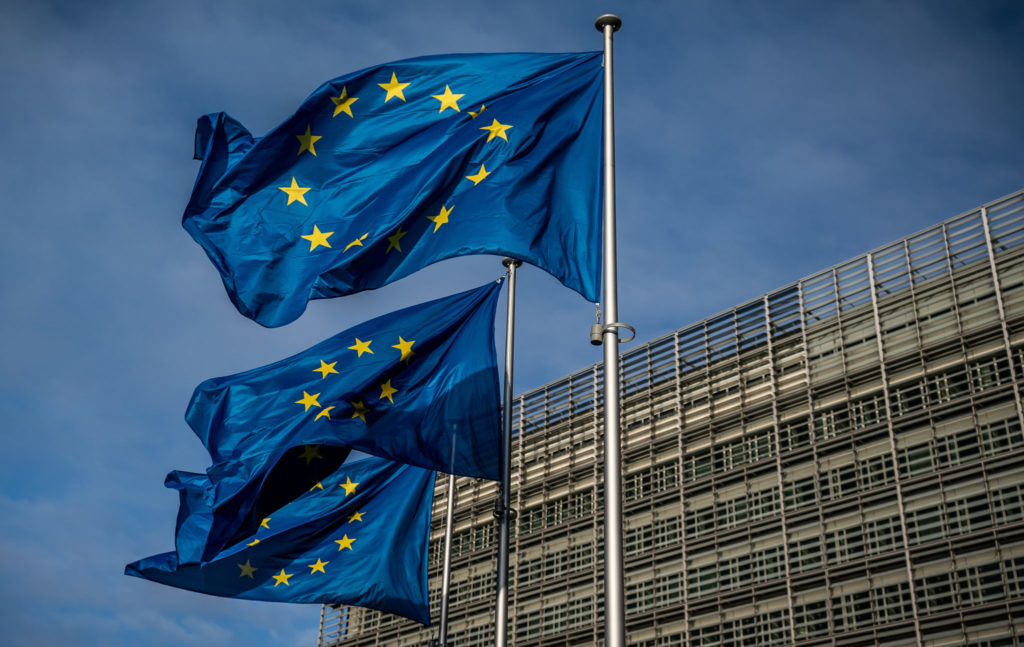 European flags fly in front of the headquarters of the European Commission in Brussels, Belgium. Picture by: Michael Kappeler/dpa

"Some of the airlines have already floated the idea that you would need one of these vaccination certificates in order to fly", he said.

"What we will have very good information on is the effectiveness of the vaccine".

He also suggested the cert could be either digital or paper-based.

"When we have recommendations from the experts on the appropriate use of it then we can decide what's the easiest and most secure thing to do - in terms of is it paper-based or card-based, for example like our drivers licence, or is it a digital certificate that you might have to submit to an airline before being able to book a flight".