Foreign ministers also issued a declaration reiterating the EU's commitment to the protection and promotion of human rights in Afghanistan - in particular those of women, girls and minorities.

They emphasised that Afghanistan must honour its international obligations, including under the UN Charter.

They also discussed the coordination of evacuation efforts, to ensure that EU citizens seeking to leave are able to do so as soon as possible.

Ireland has committed to taking at least 150 refugees from Afghanistan.

A further 103 Afghans who have applied for family unification are having their applications fast-tracked.

While Ireland is to provide €1m in humanitarian support for the people of Afghanistan.

This will be given to the UN High Commission for Refugees (UNHCR) to provide support to those in Afghanistan, as well as those who have fled to neighbouring countries.

Mr Coveney says: "I welcome the EU declaration which we were able to agree at today's meeting.

"In the discussion with my European colleagues I expressed Ireland's grave concern at the situation for women and girls in Afghanistan, as we also made clear at the UN Security Council yesterday.

"The EU has been clear on the conditionality we will attach to support to any future Afghan government, particularly the need for a peaceful and inclusive settlement and respect for fundamental rights of all Afghans."

He adds: "EU member states are coordinating intensively on the evacuation of EU citizens, as well as on Afghan staff working with EU embassies and organisations.

"Good progress was made in today's discussion, although the situation on the ground in Kabul remains fluid, including in relation to access to the airport." 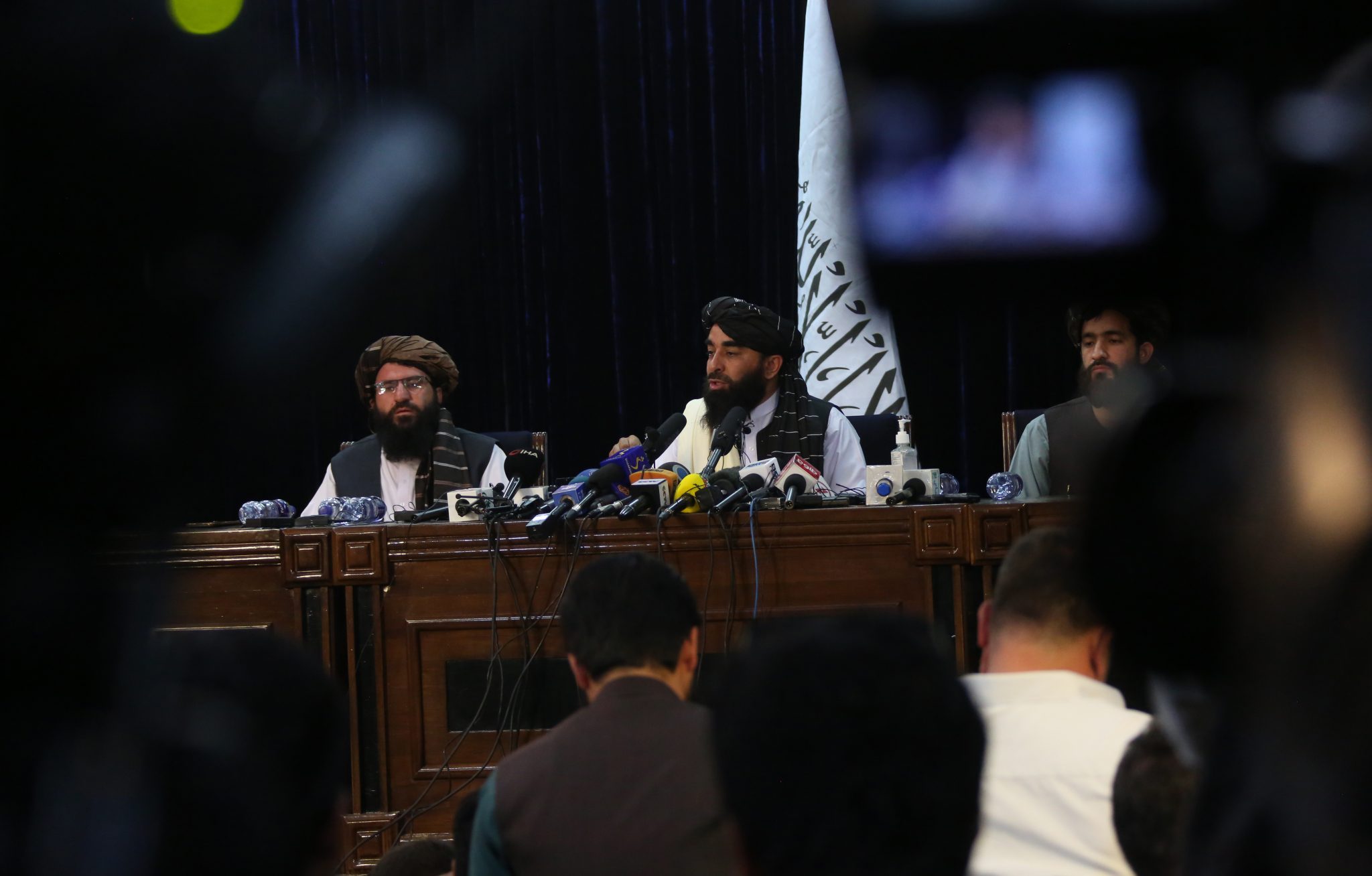 During a press conference earlier, the Taliban said the country was 'emancipated'.

A spokesman for the militant group appealed to people not to interfere in the transfer of power.

Speaking at the Afghan presidential palace, Zabihullah Mujahid said the group's top priority is to create "law and order" for the capital Kabul - and assured the people of the city they would "live in peace".

He referred to Afghanistan as the "Islamic Emirate" and said the Taliban "holds no grudge against anyone".

Mr Mujahid said the group is committed to the rights of women within the framework of Sharia - a religious law forming part of the Islamic tradition.

Mr Mujahid also gave assurances over the safety of those who had worked with American and allied forces.

He said the Taliban does "not want them to leave the country" but wants them to use their skills to serve the new regime - and they "will be pardoned".

The Taliban "don't want any internal or external enemies", he said, and also said "we will work with" the world to create a successful Afghanistan.

Earlier an Irish woman living in Afghanistan said there has been a "total transformation" on the streets of Kabul in the past two days.

Primary school teacher Aoife McManus - from Ashbourne in Co Meath - told Newstalk Breakfast: "The experience of what has happened on the ground in the last few days is just a total transformation of atmosphere on the streets and of everything in the city.

"You know, a couple of days ago, it was business as usual and yesterday and today, the streets are full of internally displaced people; people panicking and trying to get out.

"The Taliban are saying stay in, everything is OK, nothing is going to change – don’t give the looters the opportunity to take advantage of the chaos.

"They are giving stay put messages – nothing is going to change; we are not going to punish anybody – but then people I guess either know better or fear the worst."

Ms McManus is one of at least 15 Irish citizens the Government is working to bring home from Afghanistan.