An Irish woman, whose son was killed in Afghanistan fighting with the British army, says she beli...

An Irish woman, whose son was killed in Afghanistan fighting with the British army, says she believes he died in vain.

Janette Binnie was speaking as more of the country, including the capital Kabul, is taken over by Taliban insurgents.

Meanwhile the Government has agreed to accept up to 150 refugees from the country following the Taliban takeover.

The UN Security Council has called for an immediate end to violence, a negotiated settlement and the full and equal participation of women.

The #SecurityCouncil agreed a press statement on #Afghanistan.

Members called for an immediate end to violence, a negotiated settlement, & the full, meaningful, & equal participation of women.

Important that the UNSC speaks with 1 voice & stands in support of the people of🇦🇫 pic.twitter.com/54jfV02AHe

Addressing the UN Security Council, Ambassador Geraldine Byrne-Nason described it as "a calamitous situation" for all the people of Afghanistan.

"Women of Afghanistan - we hear you and we hear your pleas to the international community at this dark time.

"The fear, indignation and sense of betrayal you feel is understood. It is righteous.

"I call on this council to stand with the women of Afghanistan.

"Their rights and their future participation in Afghan society cannot be sacrificed. This is our shared responsibility at this table. It must be our shared priority also," she said.

Janette's son, Seán, was born in Dublin where she grew up. 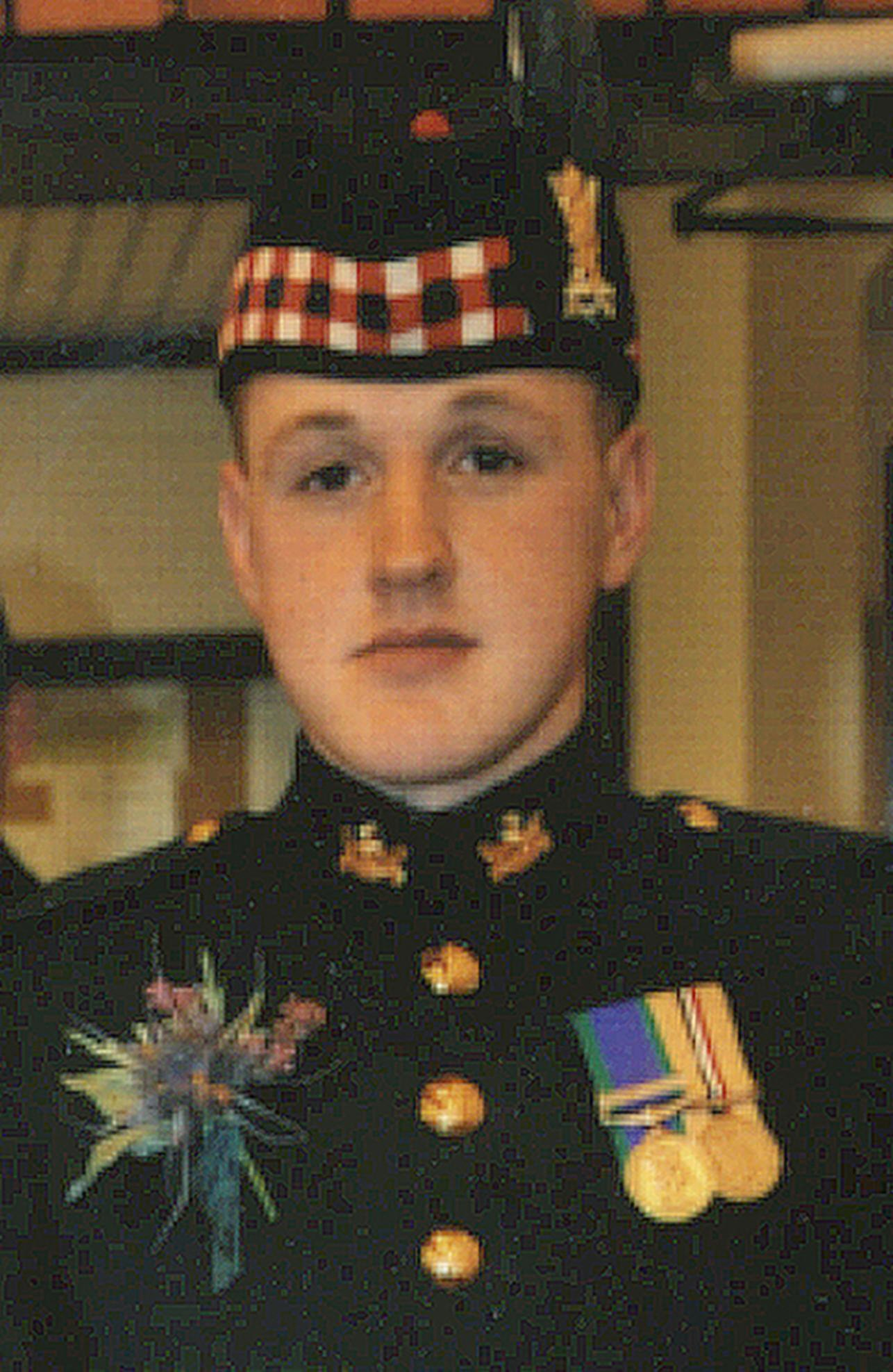 She told Lunchtime Live she wanted to come home to have her son.

"I was married to his daddy who was in the army, and I moved to Germany with the regiment.

"Then I decided to come home to have Seán, I wanted to have him in Dublin - I came home and stayed with my parents in Ballymun.

"And I had Seán in the Rotunda Hospital".

Janette says her son had wanted to join the army from the age of five.

"When he was 16 he went and got his paperwork for me to sign, and I wasn't very happy about him going in that young.

"And he just turned around and said 'Look mum, you brought me up to be who I am - to go for what I want - and now you're telling me that I can't do it. If you don't sign the papers, I'll go in when I'm 17 and I'll just not speak to you'.

"So he kind of blackmailed me into it", she remembers.

Janette says her son then moved around - from Northern Ireland, Iraq, the Falkland Islands and Scotland - before being posted to Afghanistan.

"I personally didn't understand why the troops were there... and when Seán got there I think that he wasn't expecting it to be as bad as it was.

"There was a phone call at one point where I asked him 'I don't understand why you're there'.

"And he said 'Mummy, I'm here fighting for Queen and country and keeping the terrorism from coming to the streets of our shores'.

"He says 'However the families here need the support' - he says 'We're training the Afghan national army to be as good as we are and to give these people a better quality of life'.

"So he believed that he was doing the right thing, being there and fighting for them - but now with everything that's happened, I just don't see what the sacrifice was for".

Janette says her son was out on a mission mentoring the Afghan army, when the Taliban were reportedly sighted in the area.

"The Afghan national army gave chase, they got pinned down and apparently were asking for more grenades from the British.

"There was a problem with the satellite phone, they couldn't get through, because the British army couldn't give them any of their artillery without permission.

"Seán's captain was going to go in with a grenade to try and alleviate, and Seán took it from him and said 'No, this is my job'".

Seán removed the pin from the grenade and threw it with his right arm.

"As he took his arm and threw it in, there was a barrel from a shotgun came through the door - one single shot - and that was him". 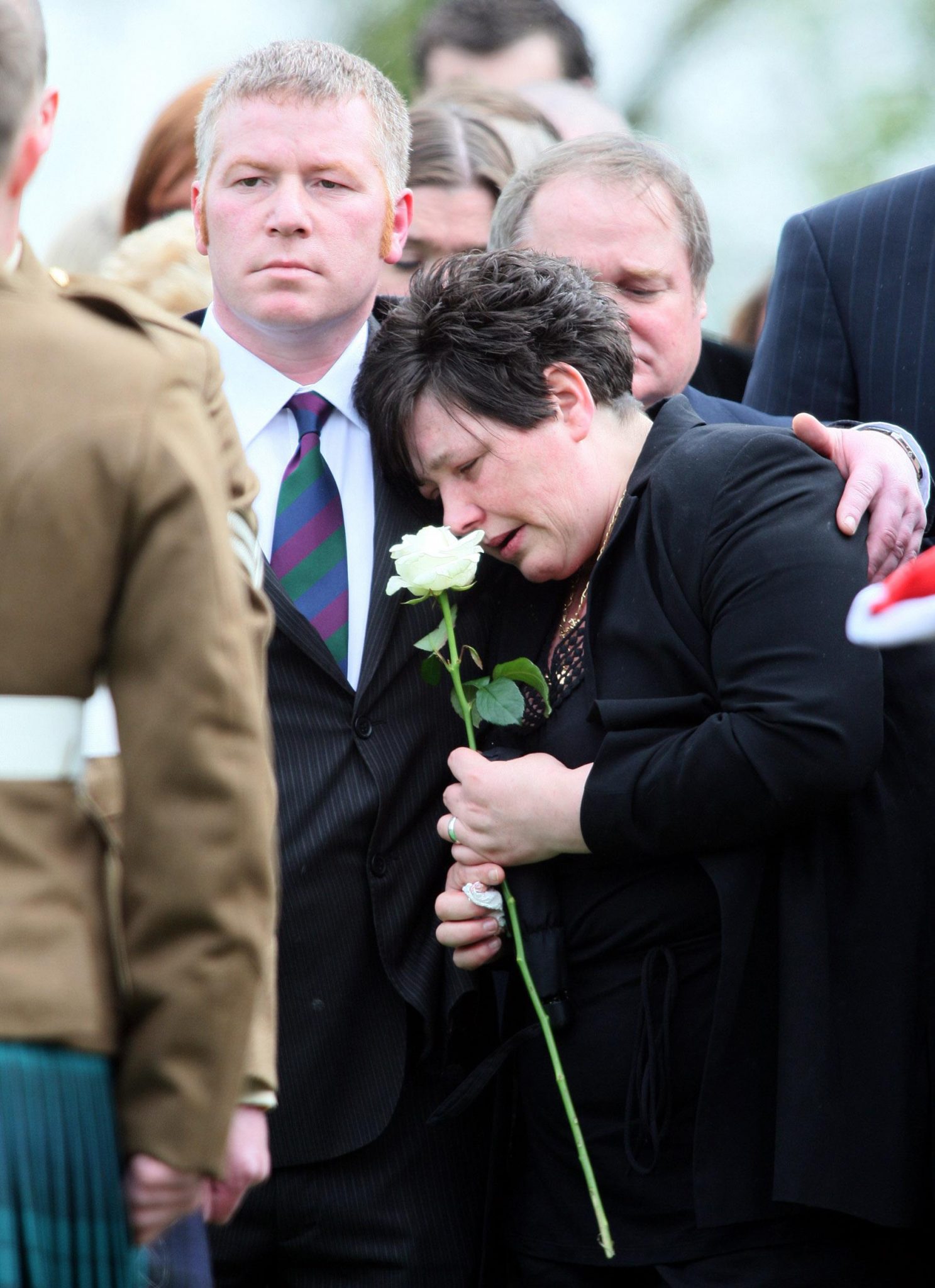 Allan and Janette Binnie during the burial of their son, Seán Binnie, at Roselawn Cemetery in Belfast, Northern Ireland in May 2009. Picture by: Paul Faith/PA Archive/PA Images

Janette says watching what is happening in the country now, she feels what her son did was "totally in vain".

"The training that the boys would have gave them would have been second-to-none.

"And for the Afghan national army just to lay down and let the Taliban walk over them just sickens me.

"It means that every son, daughter, father, mother that was out there and lost their life or sacrificed limbs or PTSD it was just for what?

"Our children, they're not numbers... and it's like a pawn in a game, basically."

Asked what she wants his legacy to be, she says: "I would like my son's legacy to have meant something.

"That's what I would have liked - at the end of the day my son fought for his Queen and country, he fought for what he believed in.

"I'm extremely proud of everything that he's done and I always will be".

Seán Binnie died in Helmand province in May 2009. He was 22-years-old.

Explosion near polling station as Afghans vote for new president