Emigrant doctors are no longer returning to work in Ireland because pay and conditions are simply...

Emigrant doctors are no longer returning to work in Ireland because pay and conditions are simply far too good abroad, the President of the Medical Council has said.

Fall sick anywhere in Britain, Australia or New Zealand and there’s always been a good chance that the doctor or nurse who treats you will have an Irish accent.

However, unlike in previous generations, where many would work a few years and then return home, the Medical Council says larger numbers now stay put forever.

“What has changed over the last 10 years really is that doctors are choosing the better work life balance and pay and conditions that are available in other countries,” Dr Suzanne Crowe, President of the Medical Council, explained to Newstalk Breakfast.

“So they’re going away later in their training, often having done one or two degrees and years of training in Ireland with Irish patients, and then going abroad and settling elsewhere in the longer-term.”

The issue of pay and conditions is particularly acute among junior doctors - most of whom work long hours for significantly less pay than their senior colleagues.

“It’s much more about being paid on time, being paid at the correct schedule and being paid for all the hours that you work,” she continued.

“Being able to finish your shift at the end of your shift and going home and spending time with your family.

“And for your services not to be so overrun with loads of patients and trying to access other supports that you feel like you’re not doing your job properly and you’re doing a disservice to your patients.

“All of those factors are really demoralising.” 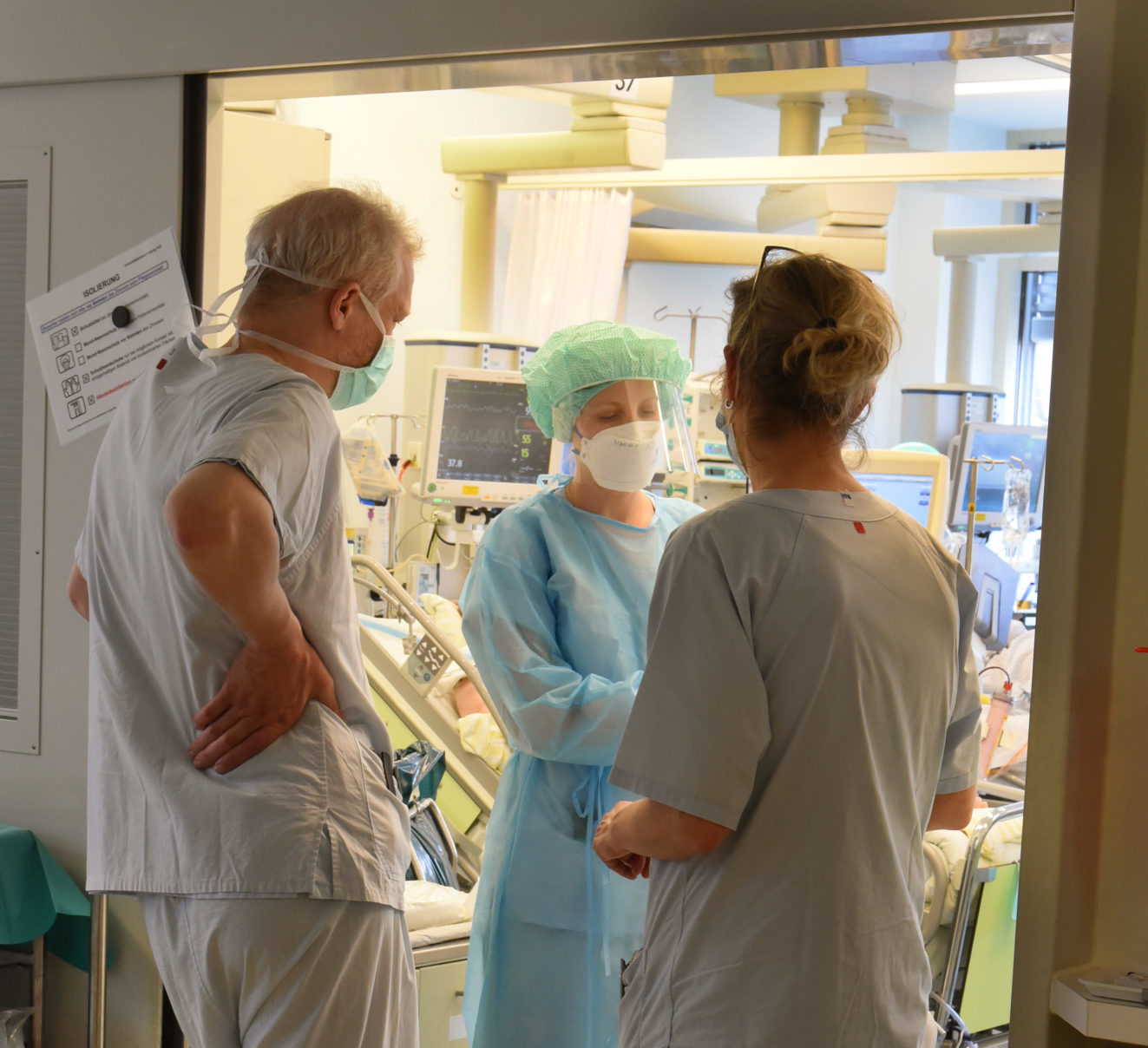 Doctors and nurses talk in the Covid-19 ward of an Intensive Care Unit. Picture by: Waltraud Grubitzsch/DPA/PA Images

Things are so chaotic and disorganised at certain hospitals that she was recently contacted by one doctor who had had to take out a loan from her parents to pay her childcare fees:

“The last hospital she’s just moved from has underpaid her and the new hospital has put her on emergency tax,” Dr Crowe described.

“So it’s no surprise that when she goes to another country and she sees that she’ll be treated in a very different fashion that she would actually make a decision to settle there in the longer-term.”