European Commission President Ursula von der Leyen has asked the Government to nominate both a woman and a man to replace Phil Hogan as EU Commissioner.

Mr Hogan resigned his position on Wednesday, a week after attending the Oireachtas Golf Society Dinner in Co Galway.

Attention has turned to who will take his place and whether the Irish Government can put forward a candidate capable of retaining the trade portfolio - one of the most important roles in the commission.

Leo Varadkar, Mairead McGuinness, Enda Kenny and Richard Bruton are some of the names being tipped to replace Mr Hogan.

But Mr Kelleher told The Hard Shoulder: "If I was to suggest somebody to go out that would have a chance of potentially retaining the trade portfolio, or a very senior portfolio at the very least, I would look at somebody like Simon Coveney.

"He was an MEP, he knows how Europe works, he's the minister for foreign affairs, and trade was in his brief for a long time.

"He would have built up a lot of political goodwill and capital over the last number of years because of the fact that he's a member of the EPP, which is the party that will obviously be making the appointment. 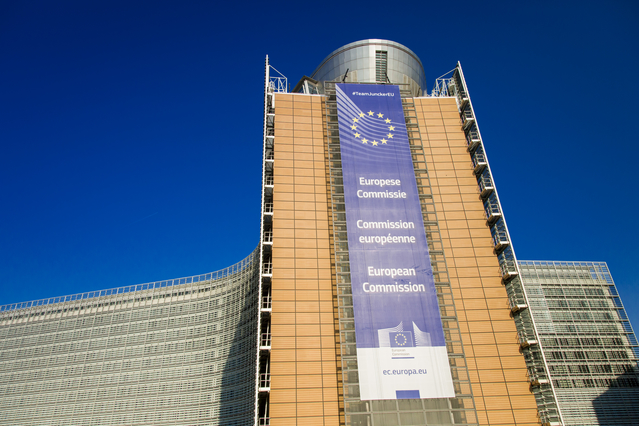 The European Commission building in Brussels. Picture by: © European Union 2016

"So I think somebody like that, a big political person, would certainly have a chance.

"But bear in mind the trade portfolio, it's not because it's a plum job, it's more important than that.

"Ireland is an open, global trading economy so we are very much in favour of global trade, doing trade deals across the world and opening up economies.

"There are many countries in Europe who think the exact opposite that are protectionist - for instance France, Spain, Italy and other southern European countries".

On Mr Hogan's resignation, Mr Kelleher said: "On a personal level, nobody likes to see a person who has served in various capacities over many, many years for their career to end like that.

"You have to take into account that behind every commissioner - or every politician in general - there's a group of people as well that work in offices that have maybe changed where they live, moving from Ireland to Brussels in this case, and so there's a lot of personal upheaval."

"At the end of the day he made a decision to resign, I welcome the fact that he actually made a decision rather than it being forced either way - because it would have pitted, potentially, the commission against the Irish Government.

"Nobody would want that, and certainly I think that Phil Hogan looked at that and realised that if he did attempt to stay on, it would put the commission in a very difficult position, and equally the Irish Government."

"Once he has resigned politics and the commission and the Government and the parliament, they work very quickly to repair.

"They're all practicing politicians, they realise that things must move on.

"So now is the challenge to find a successor.

"Bearing in mind that Phil Hogan, whatever people's view politically of him may be - or because of the most recent events - we have to say definitively that he was instrumental in ensuring that, for example, the border issue was kept very much to the fore in the negotiations in Brexit".