An Irish MEP says the country will have to look at its neutrality position in the face of Russian aggression.

Billy Kelleher, who recently visited Ukraine, says we have to find some way of playing our role.

He told The Hard Shoulder this needs to be done calmly.

"We have an alarmist view in Ireland when we discuss our neutrality.

"But we have to accept that we're very vulnerable as a country ourselves.

"We have no capability of defending ourselves".

Mr Kelleher says he doubts any one country can do it alone.

"Faced with the new challenge of Russia now being clearly an aggressor - who wants to undermine our way of life, liberal democracies - we have to try and find some way of playing our role in defending our way of life.

"I expect Irish people to do it as well, in terms of how we support countries that are under pressure, how we actually assist ones that may have been invaded.

"For example, we might have even difficulty providing field hospitals because of our neutrality and the fact that Russia has a veto in the triple lock situation for Ireland to send peace-keeping troops abroad.

"So these are all issues that have to be discussed, I think, in a mature and calm way.

"Not in the backdrop of the immediate issues we're faced with now". 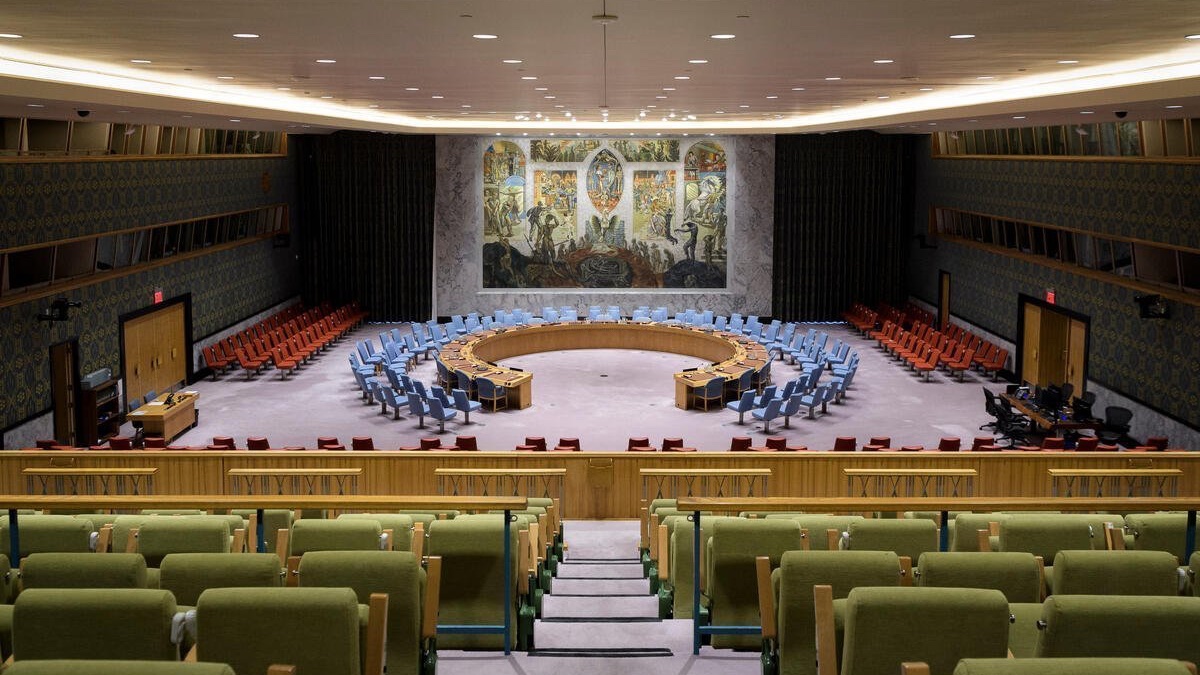 A view of the United Nations Security Council in New York, USA. Picture via Twitter/irishmissionun

The 'triple lock' means Irish troops will only serve on peace missions if three conditions are met.

A Government decision, Dáil approval and a United Nations authorisation.

UN authorisation for Security Council resolutions requires agreement of all five permanent members of the council - including Russia.

And citing a recent report on the Defence Forces, Mr Kelleher says there are clearly gaps in our defences.

"We're weak in terms of not having enough personnel, not being able to put enough ships to sea, no capacity in the air.

"And that's not in terms of just observing what's in our airspace - we have no control over that.

"And then on top of that cyber threats as well."

Irish MEP calls for 'complete review' of all COVID restrictions