The Department of Health has confirmed that 416 new cases of COVID-19 have been reported in Irela...

The Department of Health has confirmed that 416 new cases of COVID-19 have been reported in Ireland today.

The figures show that as of midnight on Friday, there were 74 people being treated in hospital for the virus.

Of these patients, 29 are in ICU, compared to 28 yesterday.

The Department warned that daily case numbers may change due to future data validation.

The five-day moving average is now 431, while the seven-day average is 415. 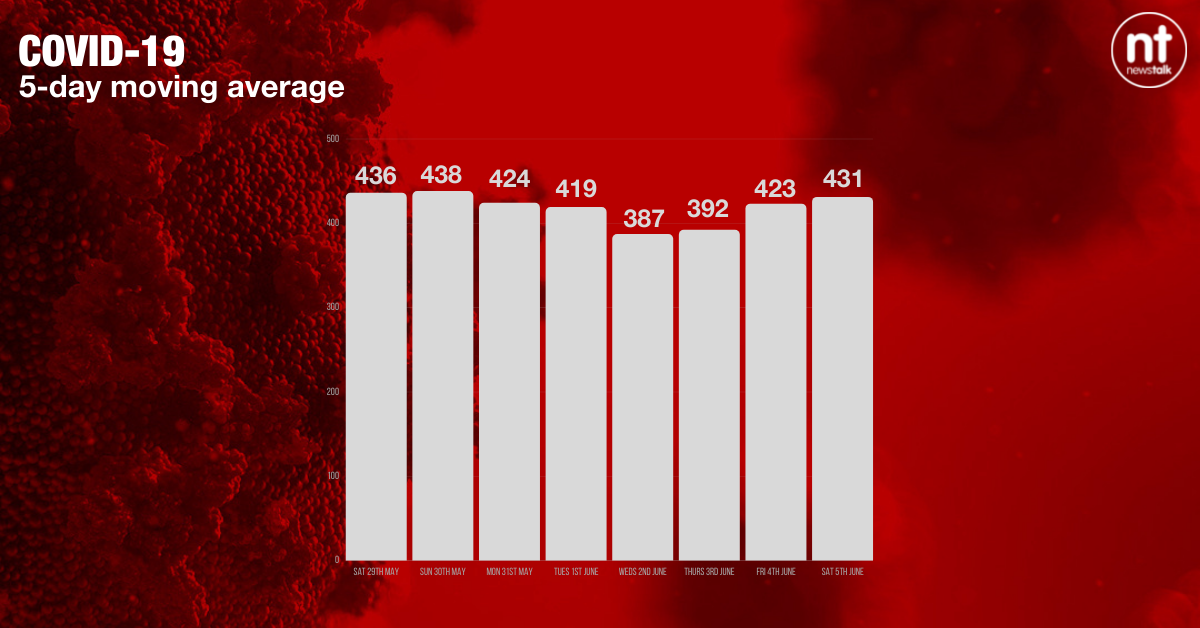 It comes as the Minister for Health said the public disorder on Dublin's streets last night was "thuggish" and "completely unacceptable".

It follows another night where large crowds of young people gathered to socialise in the South William Street, Stephen's Green and Temple Bar areas.

"Nobody has the right to attack our Gardaí, absolutely nobody, it is thuggish behaviour and completely unacceptable and it in no way represents our country," Stephen Donnelly said.

"The reality is there's a lot of people who are going to be out and about this weekend, it's a Bank Holiday weekend.

"The vast majority of those are going to do it in a way that keeps people safe, what we saw last night doesn't represent anything that we should be paying any attention to."

Glass bottles were among the missiles thrown at Gardaí and one member of the force was hospitalised after sustaining an injury to his leg. 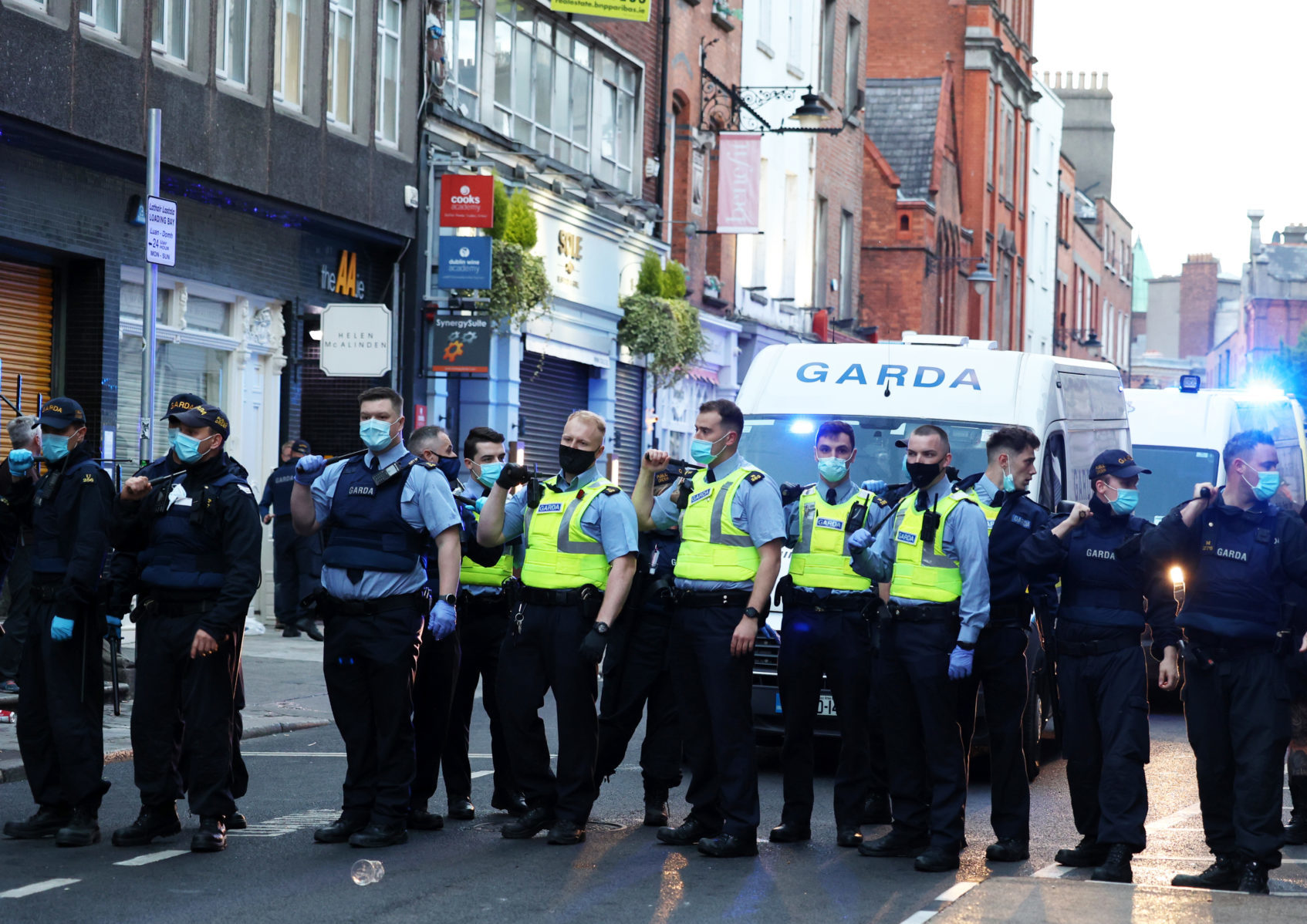 A total of 14 people, including nine adults and five youths, were arrested for public order offences and detained at Pearse Street and Kevin Street Garda Stations.

Six people were charged and released, two received the Adult Caution while one was released pending a summons for public order offences. The five juveniles were released and referred for JLOs.

They reiterated their appeal to the public to support and comply with public health guidelines to avoid crowded areas and large gatherings.

A spokesperson said: "An Garda Síochána continues to appeal to the public to support and comply with public health guidelines to avoid crowded areas and large gatherings; take personal responsibility to protect yourself and others, wear face coverings in open spaces, and maintain social distancing. The wearing of face masks outdoors and social distancing are public health guidelines and are not penal regulations.

"The COVID-19 Pandemic remains a public health crisis and An Garda Síochána continues to appeal to all citizens to demonstrate personal and social responsibility to comply with Public Health Guidelines and Regulations, in order to continue to save lives."