A number of people were arrested after several public order incidents in Dublin city centre last ...

Officers from the Public Order Unit dispersed crowds from a number of locations in the south of the city.

"Nobody has the right to attack our Gardaí, absolutely nobody, it is thuggish behaviour and completely unacceptable and it in no way represents our country," Stephen Donnelly said.

A number of missiles, including glass bottles, were thrown at members of the force and one Garda was hospitalised with a leg injury.

A total of 14 people, including nine adults and five youths, were arrested for public order offences and detained at Pearse Street and Kevin Street Garda Stations. 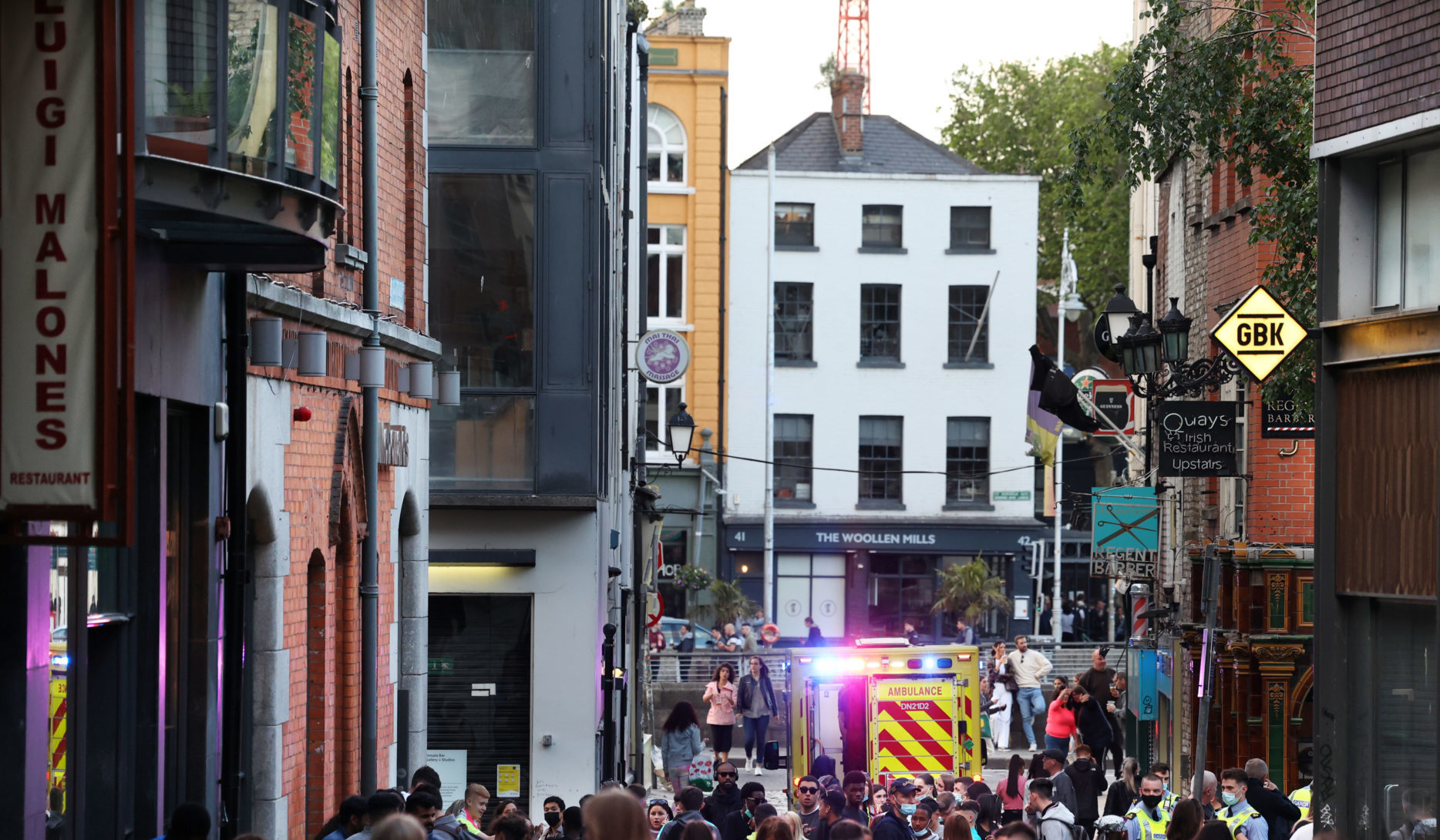 Six people were charged and released, two received the Adult Caution while one was released pending a summons for public order offences. The five juveniles were released and referred for JLOs.

Gardaí added that the vast majority of people gathered in Dublin city last night were socialising responsibly and enjoying outdoor activity but they reiterated their appeal to the public to support and comply with public health guidelines to avoid crowded areas and large gatherings.

Speaking to Seán Defoe on Newstalk Breakfast Weekends, he said the scenes were "absolutely deplorable, terrible and frightening".

"You saw situations that the streets around South William Street were sealed off, where there were serious missiles and attacks against An Garda Síochána and indeed, passersby," he said.

Councillor Flynn said the situation had been "building up for quite some time" and thanked Gardaí for their "swift action".

"It was absolutely outrageous and I have to say again, this is all fuelled by the reckless endeavour of takeaway pints and outdoor drinking," he added.

"There was no regard whatsoever as to what was going to happen here, thousands of people came into that area, there was no proper control, no management, no proper plan, it was inevitable that An Garda Síochána were going to have to take control of the streets.

He called the incidents last night "atrocious" and stated that the Government's messaging was "completely askew and completely wrong". 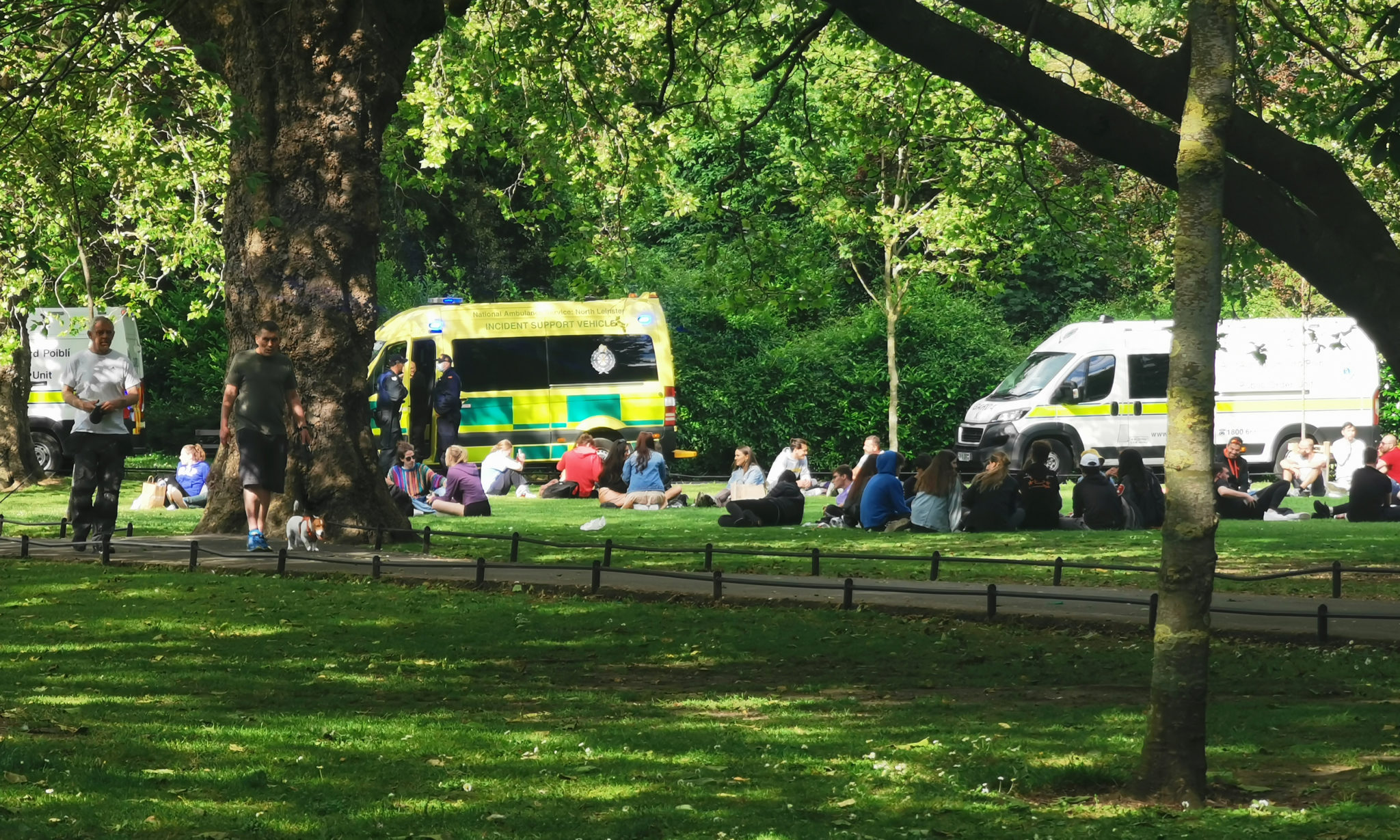 Leaders should have been at the forefront of asking people to social distance and remember they're in a pandemic, he said, adding that it was obvious "from the get-go" that thousands of people would come into Dublin city centre over the weekend.

"It was atrocious what happened and the streets of Dublin are very fearful," Councillor Flynn continued.

"All I can see is An Garda Síochána will have to patrol these streets over the weekend, perhaps in full riot gear, in order to get some control and give public confidence.

"There is great potential that this disease [COVID-19] is going to get out of control, what a way to start the Bank Holiday weekend."

While the majority of people in the city centre last night were gathered in adherence to health measures, Councillor Flynn said it was "certain elements" within the crowd who were responsible for the public order offences.

Speaking to the same programme, Declan Power, an independent security and defence analyst, said the response by Gardaí to restore order was appropriate and needed to be done "swiftly and effectively for the public good".

He questioned how the scenes in Dublin city were allowed to get to that stage and that the issue once again centres on prior planning and consideration ahead of weekend gatherings.

"Come next week and the week after, once the city opens up more, you will have a more diverse group of people in the city and also you won't have the takeaway pint element," Mr Power said.

"I think that will help stabilise things, you won't have this large number of very young people who have been drinking takeaway booze and getting fuelled up and looking for a point to coalesce and let their enthusiasm and frustration boil over."