AstraZeneca says a trial suggests its COVID-19 vaccine only has "limited" effectiveness against t...

AstraZeneca says a trial suggests its COVID-19 vaccine only has "limited" effectiveness against the South African variant.

A study from South Africa’s University of the Witwatersrand and Oxford University showed that the vaccine has reduced efficacy in fighting that strain of the virus.

It confirmed that early data from a small trial, reported by the Financial Times, had shown limited efficacy for the vaccine against mild disease primarily due to this variant.

The company said it believes its jab could protect against severe disease caused by the mutation, although it doesn't have enough data to know for sure.

"We do believe our vaccine could protect against severe disease, as neutralising antibody activity is equivalent to that of other COVID-19 vaccines that have demonstrated activity against more severe disease, particularly when the dosing interval is optimised to 8-12 weeks," a spokesman said.

The Professor of Experimental Immunology at Trinity College Dublin added that the data released yesterday is "disturbing".

He said: "More data emerged yesterday which is a bit disturbing if it's confirmed.

"It was in a Financial Times report last night that data coming out of South Africa suggests that the AstraZeneca vaccine, which has been used in South Africa, is not preventing mild and moderate disease with the South African variant of COVID-19."

Professor Mills added that clinical trials for the other vaccines, from Novavax and Johnson & Johnson, recently reported that efficacy is also reduced against the South African variant.

"So what this all means is that the South African variant is a considerable concern and it's more of a concern than we thought it was.

"It really means we have to up our game in terms of travel restrictions to stop the South African variant coming into Ireland." 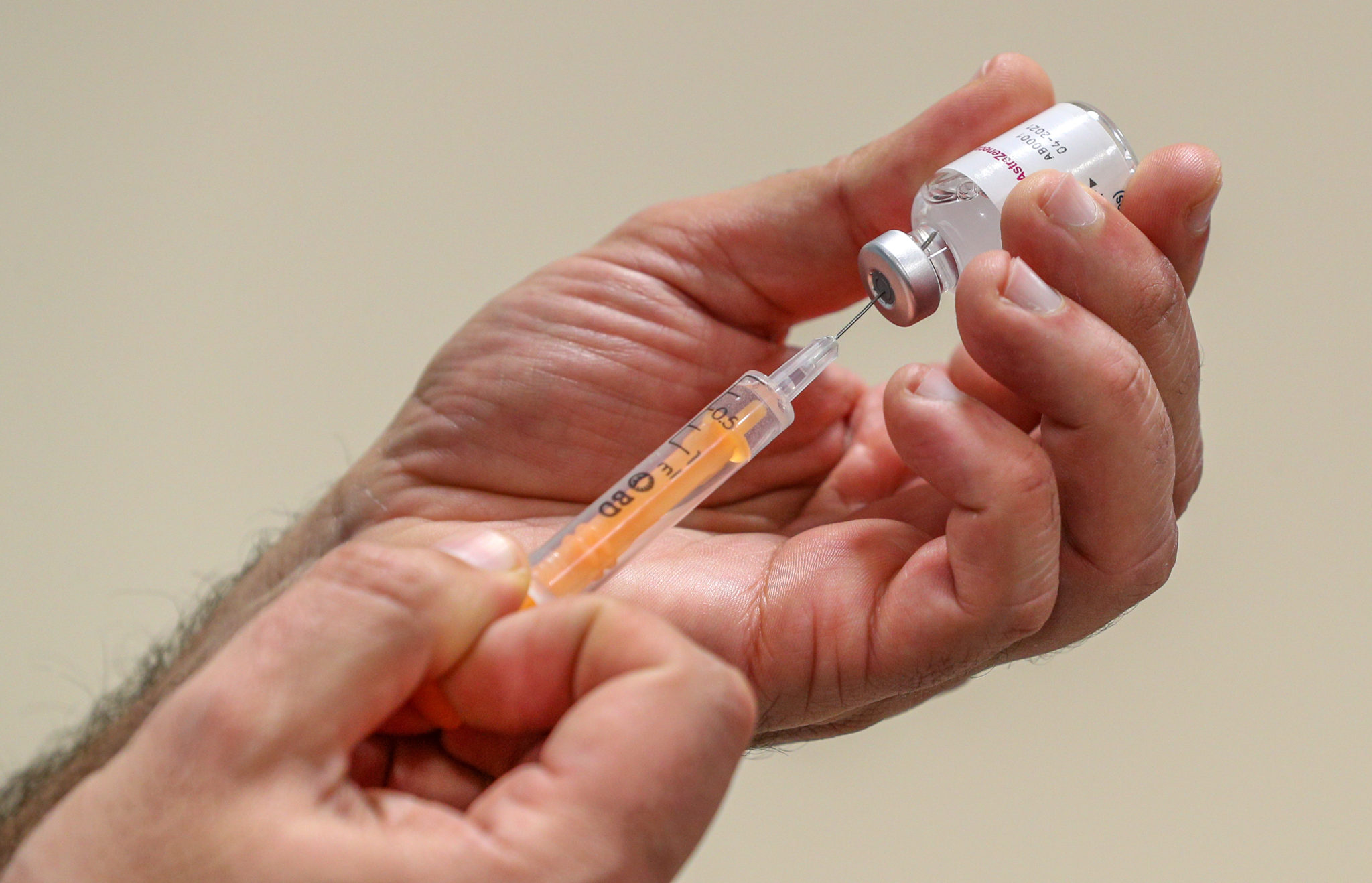 Meanwhile, he believes it is too soon to say whether the AstraZeneca inoculation will be used in Ireland among over-70s.

Several EU countries, including Ireland, have said there is not enough data available as yet to allow the widespread use of the vaccine.

Professor Mills expects more data to emerge from the UK in the coming weeks about the efficacy of AstraZeneca among older age groups.

"That's going to be very valuable to tell us whether it's effective in the older population," he said.

"There's still some uncertainty about that and that's why the National Immunisation Advisory Committee decided here that it's preferable to give the Pfizer and Moderna vaccines to the older age group."

He outlined that, in its approval of the vaccine, the EMA said if another jab was available for the older cohort then that should be used, while the US FDA hasn't authorised this vaccine.

Cases 'going in the right direction'

It comes as 55 further deaths and 827 new cases of coronavirus were confirmed yesterday evening.

Professor Mills said: "The numbers remain stubbornly high because what's happened in the last few days or week is that authorities have now started testing close contacts of known cases that are asymptomatic.

"This is good news because it means people who wouldn't otherwise have been known as having COVID-19 are now being identified.

However, this means the numbers "will remain high a while longer", he explained.

"They are going in the right direction and hopefully, by the end of February they will be down to significantly lower numbers," he said.