Children as young as eight and nine were ‘running into the middle of the madness’ during last...

Children as young as eight and nine were ‘running into the middle of the madness’ during last night’s rioting in Belfast, according to an SDLP representative.

The Stormont Executive has been meeting today after several nights of violence in towns and cities in the North.

In a joint statement this morning, the Executive said it was “gravely concerned at the scenes” and called for an end to violent protests.

On Lunchtime Live this afternoon, SDLP rep Paul Doherty said he spent the evening appealing to people on both sides of the peace wall at Lanark Way “not to get involved and not to engage in these senseless acts of violence.”

“Where I was standing, I was engaging with young people and trying to talk them down and I saw children as young as eight or nine running into the middle of this madness,” he said.

“This has to stop now before someone is seriously hurt or worse, killed.

“Our community youth workers on the ground yesterday, they really pulled people away from this and I have no doubt saved numerous young people from being seriously hurt - it is that on the ground sort of engagement I think we need in order to bring a halt to this.” 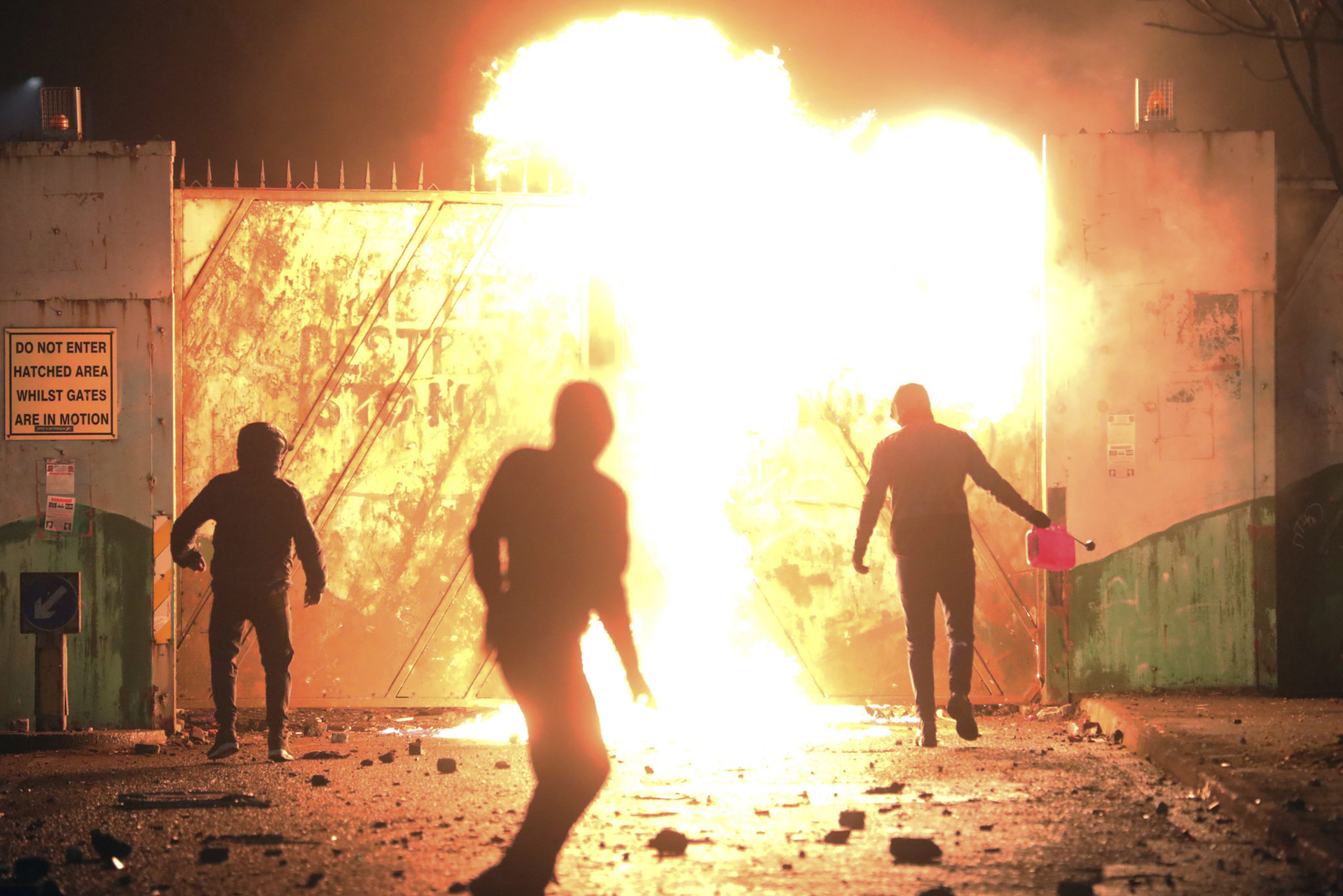 Nationalists and Loyalists clash with one another at the peace wall on Lanark Way in West Belfast, Northern Ireland, Wednesday, April 7, 2021. The police had to close roads into the nearby Protestant area as crowds from each divide attacked each other. (AP Photo/Peter Morrison)

He said some of the young people in the area listened to reason but noted that “the vast majority were intent on creating carnage.”

“It has been ongoing and we are concerned it could escalate further,” he said. “That is why we need cool heads and we need people on the ground, really, to try and talk these young people down.”

He said the scenes were “quite depressing” and warned that they “took us back to darker days in Belfast.”

“That is the sad thing really,” he said. “We have come so far here in Belfast and again, especially in this last year where we have suffered considerably as a result of the pandemic, we did see people coming together more and it saddens me to see, certainly, our young people being involved in this kind of sectarian violence.

“We have come so far in this place and we certainly can’t come back and we don’t want to see another generation caught up in violence and hatred and we really need to nip this in the bud now.”

While the violence was ongoing last night, the DUP leader Arlene Foster tweeted that the violence did not, “represent unionism or loyalism” but went on to make a political point by saying it only served to “take the focus off the real law-breakers in Sinn Féin.”

Mr Doherty said all political figures have a responsibility to work to “tone down the rhetoric” in the coming days and noted that, “there is a time for Twitter and Facebook posts and I think that time has been and gone now.”

“There is a real need for leadership and these people are basically being used as pawns on the streets and we are seeing, as a result of some of the rhetoric, the violence on the streets so we need to take that down,” he said.

“We also need to see our political leaders on the ground and taking these young people off the streets.”

Joint statement from the Executive on violence over recent days 👇🏼 pic.twitter.com/71b3zDWM9q

In the joint statement this morning, the Stormont Executive noted that the threat of violence is “completely unacceptable and unjustifiable, no matter what concerns may exist in communities.”

“Those who would seek to use and abuse our children and young people to carry out these attacks have no place in our society,” it said.

Mr Doherty said the children involved in the riots need direction and guidance.

“We need to see greater leadership where it matters on the ground in these communities.”

On Newstalk Breakfast this morning, the Foreign Affairs Minister Simon Coveney called on political leaders to work together to ensure the North doesn't get "dragged back into this kind of aggression."

Both the Taoiseach Micheál Martin and the British Prime Minister Boris Johnson condemned the violence and appealed for calm.