It is “completely unfair” to blame the Irish Government for the ongoing violence in the North, according to the Foreign Affairs Minister.

An emergency meeting of the Stormont Assembly is to be held this morning after several nights of loyalist violence in a number of different towns and cities in the North.

Last night, a bus was hijacked and set on fire near the Shankill Road in Belfast, while rocks were thrown at police and a journalist was assaulted.

The violence has been linked to tension in loyalist communities over Brexit trade difficulties and the PSNIs handling alleged COVID-19 breaches by Sinn Féin politicians at the funeral of Bobby Storey.

On Newstalk Breakfast this morning, Foreign Affairs Minister Simon Coveney said Northern Ireland, “quite frankly, has had enough of this kind of violence” through its short history.

“We need to ensure that political leaders take on the responsibility to ensure we don’t allow Northern Ireland to get dragged back into this kind of aggression,” he said. 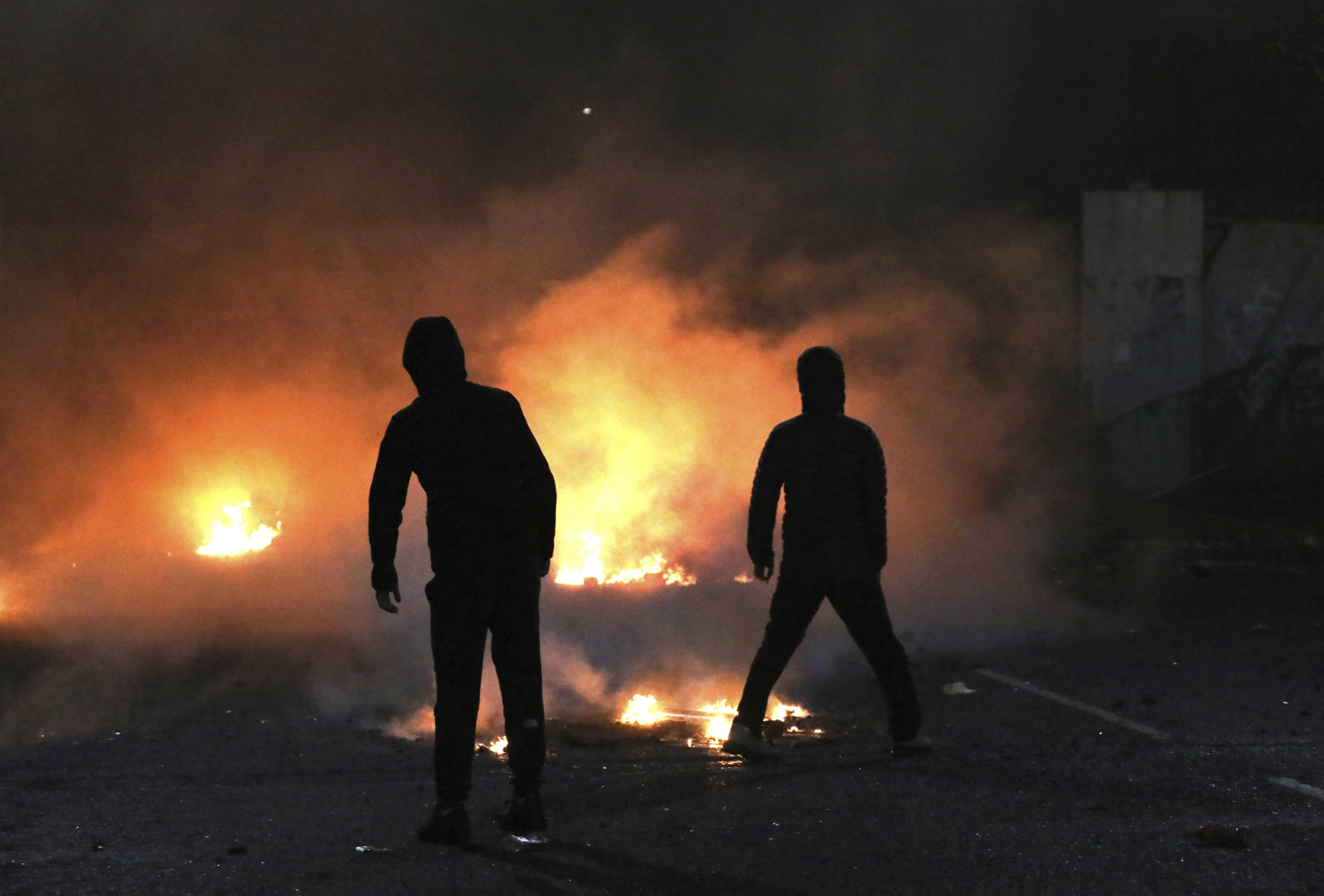 He noted that violent riots are “not the way to make a political point” and called on community and political leaders to work together to defuse the situation.

“Whether you are a political leader, whether you are a community leader, you have a responsibility now to ensure that 13 and 14-year-olds – and indeed people older than that – are not putting themselves in danger, but more importantly, are not involved in the kind of disgraceful scenes we saw last night, where buses were set on fire and where journalists were attacked – we need to be careful that this doesn’t escalate any further,” he said.

The main bone of contention in loyalist communities is the implementation of the Northern Ireland Protocol, which is included in the Brexit Withdrawal Agreement to prevent the return of a hard border in Ireland.

Unionist leaders have continued to hit out at the protocol since it was introduced at the start of the year, with many calling for it to be scrapped altogether.

Minister Coveney said it is not helpful for politicians to “get involved in a blame game” regarding the violence of recent days.

“Different people are accusing others of being responsible for inciting this violence,” he said.

“Some people are pointing the finger at the Irish Government because of Brexit debates and the protocol which I think is completely unfair but it is happening.”

He noted that the Irish Government has no power to offer up compromise on the protocol, even if it wanted to.

“People talk about that as if that is within the gift of the Irish Government overnight,” he said. "It is not."

“The British Government has also got to do their part though and acting unilaterally to change the implementation of the protocol doesn’t help that either.

This morning, both the Taoiseach Micheál Martin and the British Prime Minister Boris Johnson condemned the violence and appealed for calm.