Radio documentary features are a great form of escapism. And this weekend, Documentary On Newstal...

Radio documentary features are a great form of escapism. And this weekend, Documentary On Newstalk invites you to be transported... 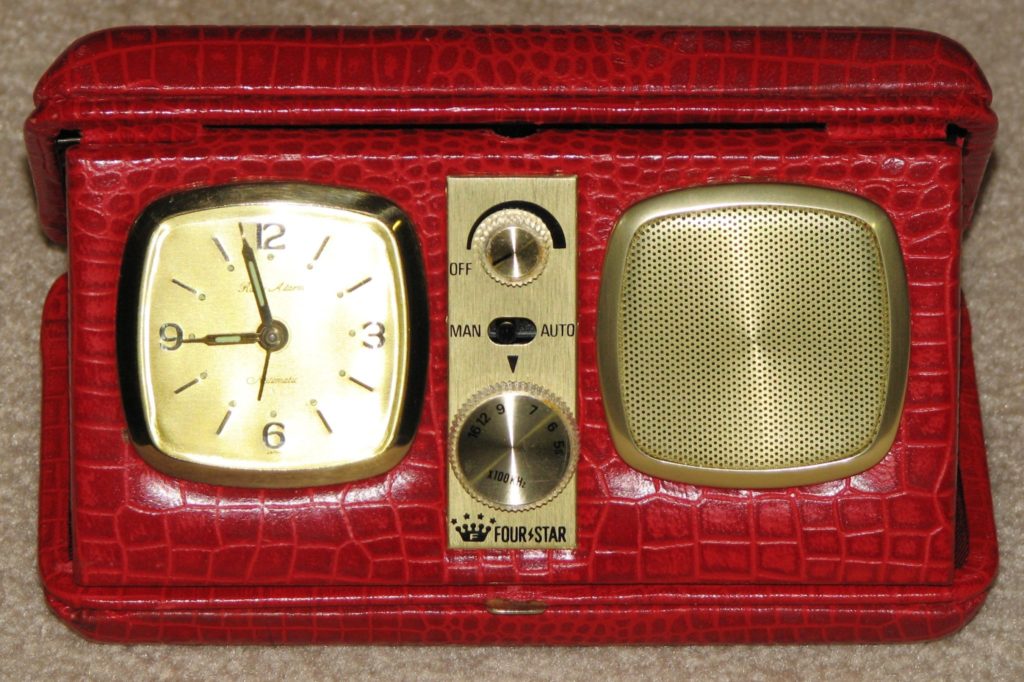 By Joe Haupt from USA - Vintage Four Star Portable AM Clock Radio, Wikimedia Commons
Advertisement
We have a great line-up of radio documentaries broadcasting on Newstalk 106-108fm and available to podcast this Bank Holiday weekend.
It's a Choose Your Own Adventure which will take you back to 1980's Dublin, to 1940's Paris under the occupation, to the Victorian Internet of the 19th century, or to the Street Art of Dublin in 2020...
Podcast link to full series below.
Saturday 11th April: 9pm: Class Rugby by Jane Farley
"Class Rugby", a radio feature in which Producer Jane Farley unfolds a classic tale of underdogs taking on an institution of privilege and might. Featuring a classic '80's soundtrack, Class Rugby shines a spotlight on Leinster Schools rugby and life in Dublin in the '80s, as we witness a team of Churchtown teenagers take on the established rugby-playing private schools of Leinster, and emerge victorious.

Sunday 12th April: 7am: Under the Swastika: The Irish in Wartime Paris

“Under the Swastika: The Irish in Wartime Paris”, produced by J.J. O’Shea, tells the story of the Irish people caught in Wartime Paris under the Occupation as their lives evolved against the background of an increasingly dangerous situation.

13th April Easter Monday at 7am: Ireland Connects The World by Andy O’Donoghue

The story of the telegraph, Valentia, Reuters news agency and Napoleon III are all bound up in this tale. In the middle of the nineteenth century the small community on Valentia Island, off the Kerry coast was thrust, unexpectedly into the world of global communications. The successful laying of the transatlantic telegraph cable would forever change the world. This was the Victorian Internet. In Ireland Connects The World, Technology Journalist and producer Andy O'Donoghue reflects on the parallels between the telegraph of Morse and our new, digital telegraph, the internet and concludes that while technology may change, human nature does not.

13th April Easter Monday at 11am: Art/Rage by Patricia Baker

In Art/Rage, premiering this Easter Monday 13th April on Newstalk, Producer Patricia Baker takes a walk through the streets of Dublin with artist and activist Will St. Leger to explore the evolution of street art in Ireland.

The radio premiere of Art/Rage airs on Newstalk 106-108fm on Monday 13th April at 11am, with a repeat broadcast airing on Saturday 18th April at 9pm. Podcast goes live after first broadcast.

These programmes are broadcast as part of the Documentary and Drama On Newstalk Series, which showcases the best of original, homegrown and groundbreaking Irish Radio features. In broadcasting these features, we celebrate the work of Irish radio documentary producers, and their craft which jogs memory and the imagination. The Archive contains hundreds of hours of original radio features to podcast and enjoy.

A Gift to The Nation